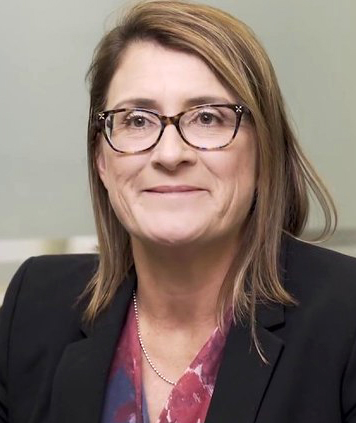 After 25 years as a deputy district attorney and a judge in the Nevada District Court, Jennifer Togliatti has a new challenge. She was appointed in October as the first woman to chair the Nevada Gaming Commission.

Togliatti believes her judicial experience will help her in her new position.

“I have over 20 years of experience assimilating a significant amount of information and trying to drill down into the issues that that need to be addressed,” she explains. “I’m used to making hard decisions. I’m used to knowing that not everybody’s going to leave happy all the time, at least in a courtroom. I used to call it a good day if 50 percent of the people are unhappy, and a typical day if everybody’s unhappy.

“So you develop an ability to set aside the white noise and focus on the issues at hand and make the best decision you can, having reviewed all the information. And so that’s something I’ve been doing for well more than 20 years.”

In Nevada, the Gaming Commission has the final say on licensing and regulatory changes, but the state Gaming Control Board does the investigations and makes recommendations. She says she understands there needs to be a good working relationship between the two agencies.

“I’ve had the opportunity to observe the investigative work of their agency and to watch their meetings,” she says. “I think it’s interesting that a lot of times they ask questions that I’m wondering about, so that’s helpful. So far, my experience has been very positive.”

A recent proposal to allow remote registration to permit cashless transactions is now before Nevada regulators. Since most gaming states permit this, she understands it’s going to be a pressing issue.

“I was part of the working group that was put together for this issue,” she says. “There’s a history there that I’m going to have to become more familiar with as this issue comes before the commission. My guess is that there are concerns about the integrity and controls, and precedent. But I am mindful that’s a concern for them going forward, and I have no doubt I’ll be fully informed.”

Like many matters that come before the state regulators, technology, sometimes quite complicated, is part of the issue. Togliatti says she’s going to be ready.

“I’m going to rely on Jim Barbee, who’s the chief of the technology division, and who makes sure that the members of the board and the members of the commission understand the technology,” she says. “I’ve had an opportunity already to meet with him and get a presentation of what his division does. As with any state agency, they do as much as they can with the resources they have. So far, though, he’s been very responsive and has indicated to me that any questions I have at any time he’ll attempt to answer.”

Togliatti is the first woman to chair the Gaming Commission, although there have already been two female chairs of the Gaming Control Board. She takes this very seriously.

“It’s one of the great honors of my life,” she says. “I think it’s crucial that I do everything I can do to show that it doesn’t matter—women or men, it doesn’t matter. It’s the work, it’s the commitment, it’s the integrity that I bring to the job.”