A look at recent debt restructurings in the tribal gaming industry 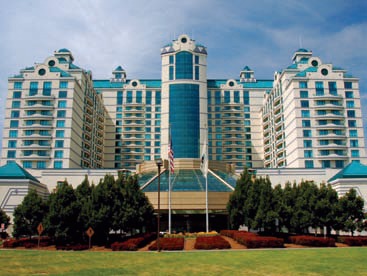 Native American gaming was once thought of as an industry almost impervious to the gyrations of the broader domestic economy. In fact, it steadily tallied strong results in the years preceding the economic downturn and soaked up its share of the readily available financing that flooded the domestic gaming space as a whole during this period. Between 1995 and 2008, tribal gaming revenues grew almost fivefold from .46 billion to .7 billion. However, as the domestic economy retrenched in 2008, many tribal casinos saw their previously meteoric growth taper off and began to reel under the strain of outsized leverage incurred in anticipation of ever-increasing earnings.

This change in fortunes led to a number of restructurings that presented tribes and creditors alike with difficult, often novel questions about how to restructure debt in an industry subject to legal and regulatory requirements unlike those in place in the broader domestic gaming space. A real measure of anxiety existed among deal participants facing an uncertain path through territory not yet fully charted.

With restructurings recently completed by the Odawa Casino Resort in Michigan, the Inn of the Mountain Gods Resort and Casino in New Mexico, the Buffalo Thunder Resort and Casino in New Mexico, the River Rock Casino in California, Mohegan Sun in Connecticut and several other tribal gaming enterprises, it is a fitting time to take stock of the key regulatory and legal drivers at play in these restructurings and survey other prominent features and trends in these transactions.

The Regulatory and Legal Landscape

In addition to the core business considerations at the basis of all restructurings, restructurings of tribal enterprises are subject to special regulatory and legal constraints. For example, under the Indian Gaming Regulatory Act, a tribe must have the “sole proprietary interest and responsibility for the conduct of any gaming activity.” Accordingly, unlike in corporate restructurings, creditors of a tribal gaming enterprise cannot convert their debt into equity. Nor can creditors unilaterally install themselves or their designees as managers of an Indian casino resort.

Moreover, there are important limitations on what collateral tribes can grant their lenders without obtaining federal approval, including, for example, limitations on the ability of a tribe to encumber its land.

Furthermore, under settled federal case law, Indian tribes and their agencies are accorded sovereign immunity, a legal principle which can prevent creditors from exercising remedies against tribes and can prevent tribes from being made subject to the jurisdiction of federal and state courts. As a result, it is common for creditors to obtain a waiver of sovereign immunity in the debt documentation governing tribal financing transactions. Nevertheless, recent successful judicial challenges to these waivers initiated by tribes illustrate the possibility that they may not always be given their expected effect and can even be invalidated altogether.

The bankruptcy option, another prominent feature in many corporate restructurings, has not proven to be particularly relevant to tribal restructurings. Legal commentators have offered thoughtful arguments suggesting that tribal entities should be precluded by the operation of certain provisions of the Bankruptcy Code from being debtors eligible to file for bankruptcy protection and that, even if they did become debtors in a bankruptcy case, there would be considerable obstacles to undertaking a customary Chapter 11 restructuring of a tribal entity. It is therefore unsurprising that filings by tribal entities are with limited precedent.

Effect of Regulatory and Legal Considerations on Tribal Restructurings

Taken together, the regulatory and legal features described above particular to tribal gaming entities have had a significant effect on the manner in which tribal restructurings are undertaken. Generally, these regulatory and legal features preclude or limit the use of several common weapons of influence in the creditor arsenal that are routinely brought to bear in corporate restructurings. Consequently, restructurings of the debt of tribal gaming enterprises tend to take on a more consensual and collaborative quality. After all, if the IGRA does not permit creditors to own or operate Indian gaming enterprises and foreclosing on the limited collateral which creditors may enjoy is unlikely to yield sufficient proceeds to retire their debt (but is quite likely to cause gaming operations to shut down and no longer be able to produce any revenue to service that debt), creditors have every reason to pursue a settlement that safeguards a tribal entity’s ability to pay down debt.

The tribes do not hold a monopoly on negotiating leverage, though. Tribes, which have benefited from their ability to access the capital markets in the past in order to build their gaming businesses, seem reticent to be so aggressive in negotiation as to cause lenders to consider pulling back generally from investing in the space. In addition, many gaming tribes are dependent on distributions from their casino operations to fund basic public services for their members, which gives tribes so situated a powerful incentive—similar to that of creditors—to negotiate in earnest to achieve a mutually acceptable restructuring arrangement with their creditors in order to keep their gaming assets operating and producing earnings. A scorched earth approach tends not to serve either side’s interests.

Additionally, with creditors reluctant to test waivers of sovereign immunity and tribes and creditors alike thus far generally disinclined to seek the involvement of bankruptcy courts or contend with possible associated jurisdictional questions, there is frequently no third party neutral on the scene to serve as an umpire to settle the tough questions the parties may not be able to resolve on their own. As a result, the tribal parties and their creditors must themselves work through each negotiating impasse that they reach.

It is therefore not terribly surprising that a number of tribal restructurings have been rather protracted affairs, with some taking years to complete. For example, Foxwoods Resort Casino, run by the Mashantucket Pequot Tribe, went into default in late 2009 and began negotiating a debt restructuring in early 2010. Over two and a half years later, in August 2012, Foxwoods announced that it had reached an agreement with steering committees of its lenders and bondholders to restructure its debt and would “work toward building support for the agreement and implementing the restructuring,” although few particulars of the transaction were provided and, and as of the date of this writing, Foxwoods has not announced that the transaction has closed.

Notable Recent Restructurings in the Space

While the Foxwoods restructuring has meandered along over the past few years and has not yet closed, a number of other high-profile restructurings of the debt of tribal gaming enterprises have been completed, including transactions involving the Odawa Casino Resort of the Little Traverse Bay Band of Odawa Indians in Michigan (Q3 2010), the Inn of the Mountain Gods Resort and Casino of the Mescalero Apache Tribe in New Mexico (Q1 2011), the Buffalo Thunder Resort and Casino of the Pojoaque Pueblo in New Mexico (Q1 2011), the River Rock Casino of the Dry Creek Rancheria Band of Pomo Indians in California (Q4 2011) and Mohegan Sun of the Mohegan Tribe in Connecticut (Q2 2012). These transactions often involved a cash payment of some kind at closing to participating creditors and were effected principally through exchange offers in which existing bonds issued by the relevant tribal gaming enterprise were exchanged for new bonds issued by it.

Looking through the regulatory and legal prism yields valuable insights about these restructurings, but other important considerations—including some not peculiar to Indian gaming—were also at play. It is worth noting, for example, that these recently completed restructurings generally fall into one of two categories: (i) “Deeply distressed” restructurings, in which the relevant gaming enterprise faced extraordinary financial and operational headwinds; and (ii) “liability management” restructurings, in which the relevant gaming enterprise sought to extend the maturity of its debt and obtain other related relief in an effort to stabilize its balance sheet, but did not necessarily face immediate and acute pressure on its financial results.

Predictably, the deeply distressed deals generally resulted in creditors accepting deeper reductions in the face amount of, or interest rates on, the debt they held than the liability management transactions, in which the issuers generally had the ability based on their earnings to service higher levels of debt at higher rates of interest.

Like the balance of the domestic gaming industry, the tribal gaming space experienced setbacks during the economic downturn and witnessed its share of restructurings. However, the highly regulated environment in which tribal gaming restructurings are undertaken means that they are subject to special constraints making them distinct from traditional corporate restructurings in several important respects.

This occurs especially as a result of the limited application of bankruptcy law to these transactions as well as limitations on creditors taking ownership interests in, or exercising management control over, tribal gaming enterprises in these restructurings. In spite of the thorny legal backdrop, with several significant restructurings in the industry recently completed, tribes and creditors alike have demonstrated that the attendant challenges can be successfully navigated.