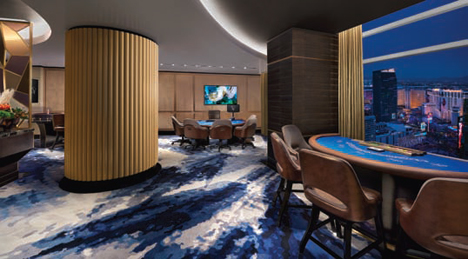 At Cuningham, the process is as important as the outcome. As an architecture, interior design, urban design and landscape architecture firm, Cuningham finds joy in crafting experiences and celebrates curiosity as a critical element to delivering on each client’s unique needs. Every solution is an opportunity to design a better future and support the health of communities.

Powered by a number of advanced technologies, Cuningham’s nationwide presence provides the resources of a large design firm with regionalized knowledge and connections to local neighborhoods. As a result, the firm’s design solutions are efficient, insightful, well-coordinated and uniquely fitted to their place and purpose.

Cuningham’s award-winning gaming resort designs are creative, cutting-edge and profitable. Last year, Building Design and Construction ranked Cuningham No. 4 on its list of Top Casino Design Firms. Cuningham is proud of its long-term, successful relationships with clients worldwide, including tribes throughout the nation and notable gaming and entertainment industry leaders such as MGM Resorts International, Las Vegas Sands Corporation, Caesars Entertainment, Universal Studios and Walt Disney Imagineering. Cuningham’s success is a testament to the flexibility and creativity of its team, as they focus on designing for the future by incorporating measures that allow guests to have fun and make memorable experiences.

Cuningham delights in bringing its clients’ visions to reality through the design process. The firm’s exciting projects include recent work as the architect of record for the Aria Sky Villas at Aria Resort and Casino in Las Vegas. Ongoing projects include renovating and expanding the STRIPSTEAK Restaurant at the Mandalay Bay Casino in Las Vegas; creating the largest version of multi-Michelin-starred chef and television personality Gordon Ramsay’s concept restaurant, Hell’s Kitchen, at Harrah’s Southern California Resort in Funner, California; developing the overall master plan for the Spokane Tribe in Airway Heights, Washington; and overseeing the renovation and 24,000-square-foot expansion at Tachi Palace Casino Resort in Lemoore, California, including converting a buffet into an expanded food market and a high-limit room.

Cuningham’s ability to consistently create cutting-edge design solutions for the next level of gaming experiences is reflected in its ranking as Engineering News-Record’s No. 7 Top Entertainment Design Firm for 2021.

Connect with Cuningham at Cuningham.com.