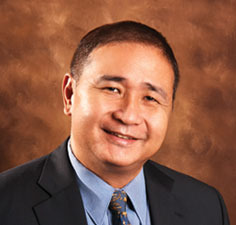 The election of a new Philippine president last year, Benigno Simeon Aquino III, meant a turnover of leadership at PAGCOR. Aquino turned to his friend, Cristino “Bong” Naguiat, to take over the quasi-government agency that runs the gaming industry in the Philippines. Naguiat, who had previously worked for PAGCOR, found irregularities in how the agency had been run under the previous administration, and immediately set about investigating any alleged wrongdoing. At the same time, he had to right the ship and halt the decline in revenues that had been occurring for several years. Entertainment City, a complex of four integrated resorts on Manila Bay, is moving forward. He has even suggested that PAGCOR may be sold to a private concern, leaving the agency with only a regulatory task. He spoke with Global Gaming Business Publisher Roger Gros at G2E in Las Vegas last November.

GGB: What was your priority at PAGCOR when you first took over last year?

Naguiat: We have so many! First, we wanted to fix up our casinos: make sure everything is clean, fix all the equipment and replace where necessary, and make sure our facilities were in good shape. Second, we want to take a look at Entertainment City in Manila and how that was proceeding. And then we’re looking at other places in the Philippines that may want gaming for the growth of the casino industry. And of course, we’re talking about the privatization of the casino industry, so we have a great deal on our plate.

Everybody’s expecting me to come up with a plan after just three months in office. And we’re rushing to get up to speed, but the overall plan for the Philippine gaming industry isn’t just up to me. We have to take the suggestions from all other industry partners before we finalize anything. I’ve been meeting with many investment bankers here in the United States and taking their advice, as well.

What direction did President Aquino give you when he appointed you to the post?

First he told me to put the house in order and then move forward in the direction that we thought made the most sense. He wants me to put the Philippine casino industry on the map of the overall gaming industry.

You’ve launched investigations into where the money was used in previous administrations at PAGCOR. Are you close to completing those investigations?

Yes, but we’re cooperating with the Department of Justice so we’re not sure how the timeline will go. I know some cases are almost ready to be filed, but we are not in control of that process.

President Aquino was elected to office with the promise of transparency in government and accountability of government operations. Does that apply to PAGCOR, as well?

Yes, that’s true. That’s why a lot of casino investors are talking to me, because we have promised to change the way we do business. After I was appointed, I went to Macau and Korea. Many people are interested in what’s happening in the Philippines because there’s so much hope with the new president. His promise of transparency will level the playing field for everyone.

There’s a lot of interest in this privatization idea because many of the casinos in the Philippines owned by private entities have been very successful. Has this created more interest in Entertainment City?

We have given four contracts with an investment of about $1 billion. We’re doing some due diligence at the current time because the contracts are very open-ended. Contracts have been signed with Kazuo Okada, a partner of Steve Wynn. Genting from Malaysia has another. The other two were signed with Filipino companies.

I’m proposing that we give additional contracts to a Chinese group and a South Korean group. So we’re still looking for partners. And this is just for Entertainment City. We’re also looking at Clark Field, which I feel has a better prospect than Manila because it has a wonderful airport and is a designated economic and tourism zone. Cebu and the northern part of the Philippines are also favorable for expansion.

The slot equipment at PAGCOR casinos is rather old. Are you looking to replace those devices?

In just the three or four months I’ve been in office, I’ve ordered about 1,000 machines, and that’s just part of our plan to upgrade our equipment. Unlike Macau and Singapore, a larger share of our revenues comes from slot machines, so it makes sense to go in that direction.

Are you interested in attracting more of the VIP market?

Yes, of course. But we will not make an effort until our facilities are modernized and we can compete with the properties that these people are used to. When the first facility at Entertainment City opens, this will be a  priority.

PAGCOR is not only the owner and operator of the Philippine casinos, but also the regulator. It’s something that makes potential investors uncomfortable. Are you addressing this dichotomy?

We’re looking into that. It will have its own course. I have told the president that in due time, we’ll become just a regulator. How long that will take depends upon several other decisions and how hard we work on it.

Where would you like PAGCOR to be at the end of the president’s six-year term?

Everyone is very interested in the Philippine gaming industry, especially after the success in Singapore. Investors from Hong Kong, Singapore and elsewhere believe that the Philippines will be the third jurisdiction to produce the large gaming revenues after Macau and Singapore, where they will hit $4 billion in revenue. We’ve only reached $800 million, so there’s a huge potential for the Philippine industry.