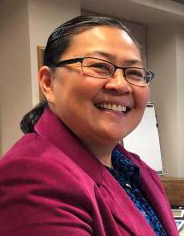 Presiding over the nation’s first Gambling Diversion Treatment Court, Nevada Judge Cheryl Moss was a pioneer in the enlightened management of problem gambling.

But she didn’t chart the course alone. Her mother, Dr. Rena M. Nora, onetime chief of psychiatry at the Las Vegas Veterans Administration Medical Center, recognized the problem in the veteran community. Nora, in turn, was informed by the work of Dr. Robert L. Custer, who established the nation’s first clinic for the treatment of problem gambling, in 1974.

Collectively, these trailblazers advanced the concept of problem gambling not as a moral or ethical failing but as a behavioral disorder—one that is treatable.

Problem gambling can have ruinous consequences for the gambler’s career, finances and personal relationships. “But until 1980, nobody thought it was an addiction,” says Moss. “People committed crimes to support their gambling addiction. In this case, the money was the needle.”

As a family court judge, Moss detected the connection between problem gambling and issues raised in divorce and custody cases, like child neglect and the squandering of assets. In 2001, her first year on the bench, she helped developed an assessment tool to determine if problem gambling contributed to those problems. The seed was planted for the Gambling Diversion Treatment Court, finally established in 2018.

The court allows defendants to accept treatment in lieu of incarceration. It isn’t easy, and it’s certainly not a get-out-of-jail-free card. Defendants must first plead guilty to a crime—usually theft or embezzlement—and acknowledge that the crime was the result of problem gambling. A mental health professional must sign off on the diagnosis. Defendants must then commit to a rigorous treatment program that includes therapy, random drug tests and GPS tracking, and pay some of the costs.

Restitution is also part of the deal. Some gamblers may not be able to pay off their debts in a lifetime. But they must write that check, every single month.

It’s an intensive three-year program, with a light at the end of the tunnel. “The benefit at the very end is a complete dismissal of your conviction,” says Moss. “Your record is erased, you get a clean slate.”

At first, the court was considered a radical notion. “I remember speaking in front of a room of about 300 attorneys, and the school of thought was, ‘(Gamblers) did it to themselves, they stole money, they should go to jail,’” says Moss. “It’s not really true, but that stigma is still out there.”

The judge, now retired, describes her approach as tough love. “When I was a judge, I’d say, ‘I’m not your babysitter, I’m not going to hold your hand. It’s up to you to make changes in your life. If you make those changes, you’re on a good path to recovery. If you’re resistant to the changes, you’re likely going to end up in prison.’”

As gambling continues to expand across states, countries and online, Moss sees a greater need for such treatment, and is working to see her model expand.

“I’m forward-thinking,” she says. “Nevada is done, so let’s try and get this in New Jersey, in Pennsylvania, in the U.K. OK, we got one thing done. Let’s move on to the next project.”