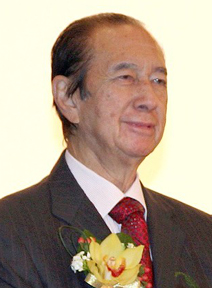 Stanley Ho Hung Sun, the Hong Kong billionaire who was instrumental in building Macau’s gaming industry into the largest in the world, died May 26 at Hong Kong Sanatorium & Hospital. He was 98.

Over the last 20 years, Ho’s casino empire contributed as much as half of the Macau government’s tax receipts. His far-flung business interests dominated the territory’s economic life in travel and transportation, banking and retail, construction, hospitality and parimutuel betting.

For decades, Ho was one of Asia’s richest people, with a personal fortune estimated at HK$50 billion (US$6.4 billion) in 2018, according to the South China Morning Post.

He was a philanthropist of renown who contributed billions of dollars to various institutions and charities in Hong Kong and Macau. His name appears on 12 museums, hospitals and sports facilities in the two cities, and he was the only living person to have a street in Macau named after him.

When China opened to the West in the 1980s, Ho became an influential figure on the mainland as well, and cemented his relationship with the central government by benevolent gestures, such as donating bronze animal heads looted from the Summer Palace in Beijing during the Second Opium War.

Ho was a controversial figure as well, targeted repeatedly by international law enforcement for his reputed affiliation with Hong Kong’s organized crime families, the triads. Ho was never charged with any wrongdoing, but the taint followed him in his attempts to extend his gaming empire into Australia and North America.

Ultimately, it didn’t matter. In Macau, Ho was known as the “Casino King.” His Hong Kong-listed Sociedade de Turismo e Diversões de Macau held a government-endowed monopoly on gambling in the city from 1962 until the territory reverted to Chinese sovereignty in 1999 and the monopoly was dismantled in 2002.

Ho was able to set up two of his children in the business. Pansy Ho Chiu King would go on to inherit control of Hong Kong’s Shun Tak Holdings, the umbrella company for most of her father’s interests outside gaming, and was installed as a major shareholder of MGM China Holdings. Lawrence Ho Yau Lung partnered with James Packer, son of Australian media and casino magnate Kerry Packer, in the purchase of Wynn’s subconcession. That led to the formation of latter-day gaming powerhouse Melco Resorts & Entertainment.

Both Pansy Ho and Lawrence Ho are now billionaires in their own right.