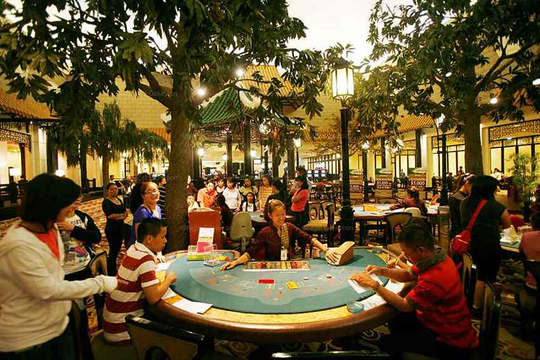 Located in Southeast Asia, the Kingdom of Cambodia has a population of 16.3 million and a territory of more than 181,000 square kilometers (70,000 square miles), with 2,530 kilometers of land boundaries and 443 kilometers of coastline.

The Cambodian economy has grown steadily over the past several years. In 2019 U.S. dollars, the country’s gross domestic product (GDP) per capita increased to more than $1,600 and total GDP reached approximately $27 billion, representing a compound annual growth rate of 9.8 percent for the period spanning 2013-2019, and a consistent double-digit growth rate since 2016.

Tourism and hospitality have become the country’s second largest source of income after the textile industry. Various factors contribute to the unique Cambodian culture, including that of the lowland ethnic majority and some 20 culturally distinct hill tribes. International visitor arrivals to Cambodia in 2019 exceeded 6.6 million, representing a tenfold increase since the beginning of the 21st century.

The major attractions for foreign tourists include the capital region of Phnom Penh, the Angkor Wat historical park in Siem Reap Province, the tropical beaches in Sihanoukville in the southwest, the old towns in Battambang in the northwest, and the country’s some 120 gaming facilities (up from around just 50 in 2014).

Gambling for Cambodian citizens is officially illegal in the country under the 1996 Law on Suppression of Gambling, which outlaws unauthorized gambling for citizens but permits government-sponsored gaming forms, including five privately run national lotteries.

Nevertheless, gambling as a pastime is so ingrained in the Cambodian culture that illegal gambling is actually widespread in the society. Extra-legal activities range from cockfights and card rooms to sportsbooks and unauthorized lotteries.

Casino gaming for foreigners was established in the Phnom Penh capital region in 1994. Effective in 1998, gaming within 200 kilometers of the capital was banned with the exception of NagaWorld, the only casino resort facility in the capital city.

In practice, the Cambodian government doesn’t strictly regulate or impede access to and from casinos, and the regulations have been ambiguous in some aspects. In July 2020, according to the Phnom Penh Post, Cambodia’s cabinet passed the long-awaited draft gaming legislation to “focus on ensuring integrated commercial gambling that contributes to economic growth, tourism promotion, job creation and revenue generation” with strict casino sector management and measures to offer more social benefits and further protect against money laundering and terrorism financing.

Compared to the major Asian gaming markets, remarkably, Cambodia’s gaming tax regime has typically been in the form of fixed monthly casino license fees, effectively in lieu of corporate income taxes. The gaming tax rate has remained significantly competitive and consistently auspicious for casino operations over the past two decades or so. Although the newly passed draft legislation seems to impose an increase from the current gaming tax rate, it’s reported that the primary aim of the draft legislation is to attract large investments to the country’s integrated resorts (IRs) through competitive tax rates.

Typical town-center casinos such as those in Poipet and Bavet are within walking distance of border crossings on the Cambodia-Thailand border and the Cambodia-Vietnam border, respectively. Special border-crossing arrangements are usually in place that allow Thai and Vietnamese citizens to enter the country for gaming without burdensome immigration procedures, while additional security measures are also implemented that prevent them from going deeper into the country without due procedure.

Similar to the lenient casino entry controls, there are no official statistics or reports regarding the performance of casinos in the country, except for those owned and operated by public companies such as the DNA Star Vegas, owned by Australia-listed Donaco International Ltd., and NagaWorld, owned by NagaCorp Ltd., a public company listed on the Hong Kong Stock Exchange.

Moreover, Cambodia has a large number of casinos in high-traffic tourist areas, such as Sihanoukville. In addition to land-based casinos that leverage the seaside location, the coastal resort saw a rapid boom in online (video streaming) gaming establishments over the past few years until the ban on online gaming at the beginning of 2020.

The iGaming establishments were once very popular with the Chinese population, and were kicked off a large number of casino construction projects that popped up across Sihanoukville in recent years. While no publicly available data on the Sihanoukville casino market is available, it’s reported that the city is home to up to 80 casinos. With a few exceptions, most of these are small operations, and the offerings available onsite, such as gaming units, hotel room count and food and beverage amenities, are quite limited. 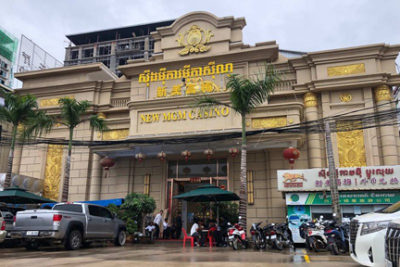 When a nationwide iGaming ban became effective on January 1, many places in Cambodia (especially those known as hubs for Chinese-backed investment, such as Sihanoukville) saw their economies substantially affected. The Cambodian Department of Immigration reported that more than 200,000 Chinese left the country in the lead-up to the ban, and approximately 25,000 to 30,000 local people were left unemployed after more than three dozen casinos suspended operations and another 20 to 25 gaming properties simply shut down.

According to some real estate research, the land values in Sihanoukville fell 25 percent to 30 percent in the wake of the online gaming ban.

Looking at the bright side, however, the shakeup is actually paving the way for a new master plan for the city, which the government is planning to transform into a special economic zone (SEZ) invigorated by diversified economies and industries such as technology, manufacturing, trades and tourism/hospitality services.

In May 2019, the Cambodian government commissioned the Urban Planning and Design Institute of Shenzhen, China to draft a master development plan for the coastal city. Its goal is to turn Sihanoukville into an international resort destination supported by enhanced entertainment, leisure and hospitality offerings, as well as a large manufacturing hub that serves as a vital base for exports, all benefiting from proximity to the country’s largest seaport.

Officials at the Cambodian Ministry of Economy and Finance said the master plan could turn Sihanoukville into “a special economic zone which looks like China’s Shenzhen City.”

With these new strategic goals, a number of large infrastructure improvement projects are under way including an upgrade of existing roadways, a new four-lane highway that links the capital region and Sihanoukville, better access to the resort areas, and modernization of the city’s sewage and drainage systems. The kingdom’s aviation authority approved an expansion plan for Sihanoukville International Airport that includes extension of runways, new taxiways and aircraft stands and new passenger terminals that are poised to expand the passenger capacity ultimately to more than 10 million a year; that project is due to start sometime in 2020.

Setting aside Covid-19 impacts, the airport operates routine flights to major gateway cities in Asia—in particular, more than 30 flights a day from mainland China, with penetration into many second-tier and even third-tier Chinese cities, boding well for a prospective resort destination for the region’s increasingly wealthy middle- class tourist.

Skilled Workforce, Reasonable Labor Cost. The once-booming online gaming industry has left the kingdom with a sizable, skilled, experienced gaming workforce which also has the passion to work in entertainment settings. Meanwhile, labor costs in Cambodia remain among the most competitive in the ASEAN countries and even in the Asia-Pacific region. This certainly works to Cambodia’s advantage in terms of attracting foreign investment and setting up new operations in the country.

Attraction Factors, Improving Infrastructure. The already rapidly growing outbound tourism in the region is led by Chinese tourists who desire unique and personalized experiences and are anticipated to comprise a large portion of nearly all of the market segments for Cambodia. With its attractive scenic beauty, unique historical and cultural heritages and tourism-driving natural environment, the country is equipped to be even more prosperous with improved infrastructure.

Encouragement by Chinese Leadership. Since 2013, the Silk Road Economic Belt and the 21st Century Maritime Silk Road Initiative, also known as the One Belt and One Road Initiative, has become one of China’s most profound state development strategies, focusing on connectivity and cooperation. The goal of this initiative is to realize the massive trade potential and boost economic development among countries through Central Asia to the Middle East, as well as those along the maritime route through Southeast Asia, the Persian Gulf and the Horn of Africa. With Cambodia in the heartland of the initiative, it will work well for traveling and tourism industries in the country. The refurbishment of routes and easy access on the routes is likely to attract more tourists.

Concerns regarding the growth and stability of the Cambodian gaming market are based on political risks and the geopolitics between key feeder markets/countries.

It’s important to note that for the IR industry, the political risks imply political viability to pass legislation of casino gaming, and political volatility where the political winds may change dramatically and thus impact the IR’s ability to do business.

Taiwan and most states in India are illustrative examples of low political viability for gaming development. Some smaller jurisdictions in the region, such as Laos, Myanmar and even Vietnam to some degree, represent the case of high political volatility that could jeopardize the IR market and suffocate potential growth.

For today’s large-scale international IRs, other factors that have become increasingly important are the key feeder markets and the associated geopolitics. Geopolitical instability will affect global business with decidedly negative implications for performance. Additionally, international tourism can be subjective to macroeconomic conditions and a political climate in feeder nations that the IR host country may not be able to affect or improve.

Sustainable Growth in the Future

The Cambodia gaming market’s major business drivers and competitive advantages will continue to have profound influences on its long-term outcome, which will empower the industry to keep growing in a sustainable manner, capitalizing on the booming and increasingly wealthy middle class in the region and better stimulating tourism and related economic impacts that benefit the country.

We believe these impacts and implications will continue to shape up and strengthen the industry in the kingdom and in the Asia-Pacific region.