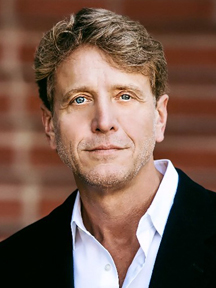 Bill Asher, founder and CEO of daily fantasy sports provider Monkey Knife Fight, says the DFS model originated by his predecessors, FanDuel and DraftKings, is less for the average-Joe sports fan than statisticians, and “stacks the deck against the casual player ever winning.”

With the motto “It ain’t rocket science,” Monkey Knife Fight targets those casual players, who are just as passionate and reportedly outnumber traditional DFS players 10 to one. The approach has clearly worked; before the industry shutdown in March, MKF saw its user base explode, increasing 400 percent year-on-year.

The upstart company is also building a roster of team partners, doing brand deals with the San Diego Padres and Milwaukee Brewers, among others. According to a news release, the moves “reinforce MKF’s belief that there is a large appetite among these baseball fan communities to play fantasy sports games that allow them to focus on their local hometown teams and favorite players.”

In July, GGB spoke to Asher about his plans for MKF, and how he’ll reach the goal line in the Covid era.

GGB: When you launched Monkey Knife Fight, at the dawn of legal sports betting in the U.S., what void were you looking to fill? What did you dislike about the model familiarized by FanDuel and DraftKings?

Bill Asher: Out of the millions of people who play fantasy sports, only a slim number have the time to dedicate to knowing every player in the league and every matchup variable, and also stay on top of injuries and breaking news.

The model in the market was essentially a math test where you lost money. What’s fun about that? Monkey Knife Fight puts the fan experience back in fantasy sports.

What was your first thought when Covid-19 shut down March Madness, and then all major-league sports?

It happened so quickly, it really was a shock to everyone in the industry. Our first and foremost concern was (and is) the safety and health of our employees and their families. While I knew it would affect our revenue with no sports, I made a commitment that everyone would keep their jobs, however long the shutdown lasted. There was enough uncertainty all around us, I didn’t want my team to worry about their jobs.

And what was your second thought?

After we reassured everyone that we were retaining our original staff, we started thinking, “How can we maximize this time?” The answer was obvious to me. Everyone else went into a wait-and-see mode, effectively dialing back their work. Monkey Knife Fight did the opposite. We throttled forward aggressively in every area, made updates to our product, went after opportunities for new partnerships and grew our team by hiring talented people who became available from other companies.

Can you share a few details of your expansion strategy, including getting your DFS product out in front in states like California, where sports betting isn’t yet legal?

Right now, we’re focused on dominating fantasy sports. We do it well and we’ve seen an incredibly positive response to our easy and fun fantasy sports contests. That brand recognition could prove very helpful in a more gambling-focused future.

Where will Monkey Knife Fight be in three to five years?

While we’re focused on fantasy sports right now, most of America and Canada are a couple of years away from legalizing online gambling. As sports betting laws open up around the country, we’ll have the ability to offer our gambling products alongside our fantasy sports. With a large base of loyal fantasy sports customers, many will naturally bet with us as well, and MKF will be able to generate substantial gambling revenues almost overnight in each state as they legalize sports betting.