Lottery organizations that operate sports betting do it for different reasons than public companies and casinos. What does that say for the future of the industry? 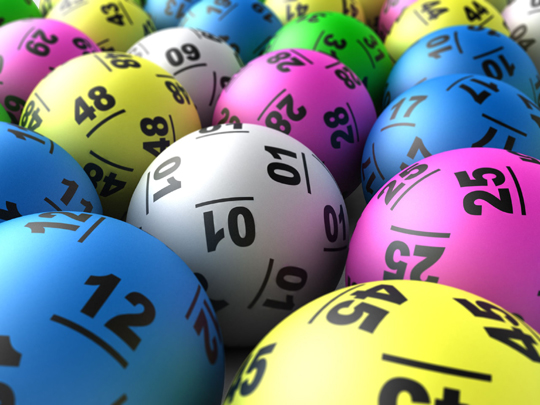 When the DC Lottery launched its long-awaited sports betting platform in June, GambetDC, it listed its even-money bets at -118, a far cry from the industry standard of -110. The diversion from the standard is part of the mission of lotteries when it comes to sports betting. Lotteries are way more risk-averse than commercial sports betting operations. With typical lottery margins of 50 percent on the ball draw games and up to 80 percent on scratch-off tickets, the traditional 5 percent margin—in a good year—is not enough for lotteries. And when they consider actually losing money—in a bad year—that’s unacceptable.

There are currently eight states where lotteries either regulate or operate sports betting. While it’s still early in U.S. sports betting history, there have been some disturbing trends connected to these agencies that could torpedo the revenue-raising potential of the industry. Some of those issues include a higher-than-traditional takeout, which may guarantee profitability but will also encourage illegal offshore operations. A reluctance to accept risks also may endanger player loyalty, as risk taking is in the very nature of sports betting operations.

Nicole Jordan, the director of marketing and communications for the DC Lottery, says it’s not unusual for lottery entities to be sports betting operators.

“The Council of the District of Columbia drafted and passed legislation designating the Office of Lottery and Gaming as the regulator and an operator of sports betting in Washington, D.C.,” says Jordan. “While legal U.S. sports betting was traditionally operated within the walls of a casino and largely restricted to Nevada, it must not be overlooked that an estimated 70 percent of global sports betting operations are run by lotteries.

“We’ve hired qualified professionals to oversee the regulatory division and partnered with a vendor that is a global leader in government-sponsored sports betting. The expectation is that the Office of Lottery and Gaming will regulate and operate sports betting in a manner that fosters public confidence and trust in the integrity of gaming operations in the District—an expectation we are meeting and will continue to meet as the sports betting offerings continue to evolve here in D.C.”

One of those countries where lottery operators regulate and operate sports betting is France, where the experience hasn’t been very successful. The high takeout encouraged players to continue to bet on illegal websites, and revenues have suffered. A reorganization of the nation’s gaming regulatory system is planning to address those issues.

Dustin Gouker is the lead analyst for PlayNJ, part of a network of affiliate marketing sites that serve the online gaming industry. He says the lotteries got into a business they didn’t really understand.

“In most cases,” he says, “they’re leaving the nuts and bolts to the vendors they hire. But at the same time, as a monopoly, their expectations of profit are higher than they should be.”

“There needs to be some sort of stability in the sports betting market,” he says. “While there was some disparity in Vegas over the years, we all offered the same -110 bets, so players could be reasonably certain that the operation was respectable.”

But apparently, the DC Lottery through GambetDC is charting a course that will guarantee a profit of at least 7.5 percent, according to some experts. Jordan says the lottery has a responsibility to D.C. residents to create that profit.

“GambetDC is a lottery-operated sportsbook,” she says. “It’s not designed to pay out like a casino-model sportsbook. In some instances, the pricing will be the same, or better than those offered by the private operators in the U.S. industry, but in most cases our odds/pricing will be higher. Our hold is higher because our mission is to return profit to the District. GambetDC aims at maximizing revenue for the District while still providing competitive pricing and entertainment value to casual sports bettors.” 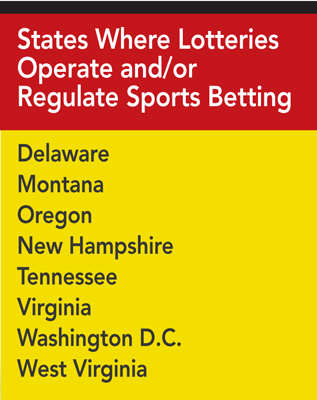 One of the goals of legal sports betting is to minimize the traffic to illegal offshore bookmakers. Gouker says that’s not something that will happen under the terms of the lottery goals.

“There aren’t rows of customers coming through the door to bet sports, and there are still established ways to bet offshore,” he says. “Just because you open up through a legal avenue doesn’t mean you’re going to convert all those players to the legal system.”

Jordan acknowledges that illegal books are a substantial competitor, and won’t go away overnight.

“The notion that regulated sports betting will completely eradicate or eliminate the illegal market is overly optimistic,” she explains. “The illegal market will always have flexibility to out-price and outmaneuver regulated offerings; however, having a variety of legal, regulated sportbook options in the District puts necessary consumer protections in place, and will move many players out of the illegal markets as well as introduce new players to safe, responsibly run betting.”

Gouker says there are fatal flaws that can’t be ignored when a lottery runs a sports betting operation.

“Lottery comes into it with a different set of expectations,” he says. “Lotteries are used to running a high-margin business that they can control. As everyone knows, sports betting requires a critical mass, a volume of players that make it work. When you have a small user base and requirements for a higher profit, that’s just not going to work.

“The DC Lottery is clearly not competitive with the offshore market, and if you’re betting offshore, I don’t know why you would switch to the lottery.”

“Rhode Island and New Hampshire have competitive lines,” he points out. “Delaware is another ball of wax since they’re not even online yet.”

Art Manteris, the longtime leader of sports betting for Nevada’s Station Casinos, says that even in a monopoly situation, bettors will find the best odds.

“Sports gamblers in general are pretty savvy,” he explains. “They know the odds. They know the payouts, and particularly in the mobile world have the opportunity to price shop. Operators that aren’t competitive will face some pretty significant challenges.”

Manteris says, however, you have to give lotteries some time to sort things out.

“Everyone needs to find their own path forward,” he says. “Obviously, there’s no federal solutions that everyone can follow, so it’s state by state. I can’t say that one size fits all or there are not multiple ways to achieve success. Obviously, some states have not achieved success and have to endure some growing pains.”

Understandably, Manteris believes states should look to Nevada for the path forward.

“We experienced most of these growing pains and addressed them long ago in Nevada,” he says. “We have a great regulatory structure, systems and technology, including integrity monitoring, so I would encourage any state to look to Nevada and how we handle things.”

One of the potential problems for lottery operations is that they are more risk-averse than the traditional sportsbook. In Oregon recently, the state’s designated operator, SBTech, delayed accepting a player’s $500 bet on a NASCAR head-to-head showdown. While the stated odds on that bet were -110, the operator told the bettor that they would only offer -150 odds on his wager. In most states, regulations do not permit operators to change previously stated odds for individual players. Manteris says it would not happen in his state.

“In Nevada, regulations mandate that whatever price is publicly posted has to be available for all,” he says. “You can’t intentionally move odds in favor of one guest to ensure that he wins or loses. The price you give to one player has to be available to all.”

Jordan says GambetDC is required to weigh the risks carefully before accepting a bet.

It’s true that casino sportsbooks can reject a bet that is over published limits, but the Oregon situation was within those parameters. Manteris says casinos in his state often allow bettors to wager more.

“Limits can be altered for players, but the odds would have to be the same,” he says.

Gouker says lotteries may feel they have the latitude to make these kinds of decisions.

“When you’ve got a virtual monopoly, you may feel like you’ve got the only show in town, so the players have no options,” he says. “But of course they do if they know how to bet illegally.”

GMA’s English believes that these kinds of decisions are not good for the overall U.S. industry.

“It really gives all of us a black eye,” he says. “When players can be treated so cavalierly it casts a pall over all the good operators at the same time. But it’s still early in the sports betting history in the U.S., so hopefully they’ll come to understand that those kinds of decisions are not good in the long run.”

Although GambetDC is a monopoly across D.C., Jordan says partnerships with bars and restaurants in the city, as well as the city’s professional sports teams, will provide bettors with a diversity of products. The lottery has already made an arrangement for a sportsbook to be operated at Capital One Arena, the home of the NHL’s Capitals and the NBA’s Wizards.

“The Office of Lottery and Gaming serves as the regulator of privately operated sportsbooks, licensing operator and supplier applicants and monitoring their operations for compliance with District and federal laws,” says Jordan.

Manteris says casino sportsbooks have attempted to keep pace with the lotteries by designing big payoffs on exotic bets.

“There has to be incentive for the customer to play,” he says. “If you’re talking about multi-leg parlays with progressive jackpot opportunities, there has to be a compelling reason for the players to bet. We think we satisfy all those desires in Nevada. We think we know what the consumer wants, and try to offer some big payout opportunities similar to the lottery jackpots. There is a place for the longshot player, but we also appeal to the savvy, sophisticated player. Sports betting is a very low-margin game and there are players that want to take advantage of that, but there are also players that want to hit the grand slam.”