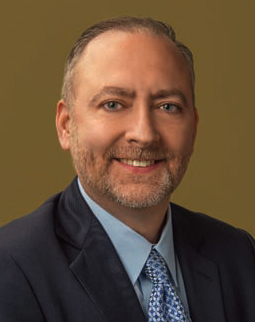 Dan Real has been an executive with Caesars Entertainment for 26 years, and has served as Southern Region president for the past 10 years. But if you ask him, there never has been a more exciting time to be in his job than right now.

Part of that excitement stems from what is perhaps the largest project with which he has ever been involved, the transformation of Harrah’s New Orleans—his headquarters for years and where he served as general manager just before taking on the regional position—into Caesars New Orleans, a massive construction and rebranding project that will be unveiled in a few years.

But the other source of his excitement is the corporate culture instilled by the new owners of Caesars Entertainment, headed by the Carano family that built the former Eldorado Resorts to the point where they acquired the famous industry giant.

Real says the biggest change is a new culture of empowerment through the ranks, with Real’s function overseen by Anthony Carano, the Caesars Entertainment president and COO. “He’s one call away every day,” Real says of Carano, “but what they’ve done is they’ve brought the decision-making rights back to the property level, and that’s really exciting for me as an operator. Operating silos have been blown up, and really now it’s all about working together.

“I absolutely love the current operating structure,” he says. “We operate in an environment where decision rights have been given to the local jurisdictions.”

Real’s local jurisdiction happens to be Caesars’ South region, which includes five properties across Louisiana and Mississippi. All the South region casinos are initiating new programs, construction, and the addition of sportsbooks and other new amenities. The Caesars Sportsbook is live at Harrah’s New Orleans and Horseshoe Bossier City, which opened Louisiana’s first retail sportsbooks in October.

Much of Real’s attention these days, though, is focused on the massive project to transform Harrah’s into Caesars New Orleans, and a separate project that will create Horseshoe Lake Charles.

The unveiling of Caesars New Orleans is pegged for early 2024. The $325 million project will add a second guest-room tower on top of the casino space, and will involve a refurbishment of the entire property, including its 47,000 square feet of meeting space.

“We have a hotel already across the street, but it’s not connected to the casino,” says Real. “We’re going to build a Caesars hotel on top of the casino, so you won’t need to leave the building. And it will be right across the street from the Four Seasons hotel, which just opened up.

“We really believe that the foot of Canal Street in new Orleans is going to be where all the action is in the future. And inside that hotel, we’re going to have two floors of Nobu hotel rooms. We’re also partnering with Nobu to create a Nobu restaurant.

“Caesars New Orleans is going to be the Jewel of the South.”

“It has really become the most important project to me over my 26 years (at Caesars), because of how difficult it was to get to this day.” He recalls battles early on in New Orleans to extend what was initially a limited time before a relicensing process. “We were lucky enough to get the approval for a 30-year extension,” he says.

“And what that essentially has done is it has allowed us to now move forward and be on offense, and create what is considered our best brand name in the portfolio and bring it to New Orleans.”

That “going on offense” extends to other properties under Real’s jurisdiction, such as Harrah’s Gulf Coast in Biloxi, which stands to benefit from a new charter service Caesars has set up with Sun Country Airlines out of Gulfport and Laughlin.

When the charter service launches in 2022, it will exponentially increase traffic to the Biloxi property. “The Sun Country charter program is one of the main marketing tools we use for Harrah’s Gulf Coast in Biloxi,” Real says. “We have gone from running 40 flights a year a few years ago to now expecting to fly 223 flights in 2022. For many of these guests, it is their first visit to Harrah’s Gulf Coast, and what we hear from them time after time is that the property is a hidden gem.”

Another gem is on tap in Lake Charles, where the Isle of Capri riverboat casino, shuttered since the Covid-19 crisis began, will be brought ashore and replaced by a 100,000-square-foot structure including a 60,000-square-foot casino, bars and restaurants, a Caesars Sportsbook and a redesigned 253-room hotel tower. The new property will be Horseshoe Lake Charles.

Real’s priorities for 2022 center around both of the transformational projects in Louisiana. “I love watching it,” he says of the ongoing construction in New Orleans. “We have a camera across the street so we can get the real-time capture of how far we’ve come.”

Real says he’s excited to “be a part of building the master plan” for Caesars in the region. “What I’m most excited about is building for the future,” he says. “Gaming continues to change and we need to be on offense, and Caesars has given me every single opportunity within the region. I’m very lucky, because when all is said and done, I’m going to have two Harrah’s properties, a Horseshoe property, and a Caesars property. I love all three brands. We all mean something different and we work really hard every day to make sure that we’re delivering on those promises.”