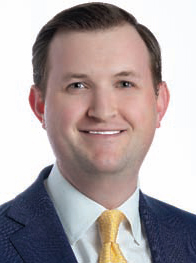 He was raised in Las Vegas, attended the Wharton School at the University of Pennsylvania, and graduated in 2005 with a B.S. in economics.

“Going to college in a city like Philadelphia was a wonderful experience,” Wilcock says. “In school, I didn’t give much thought to where I’d live after graduation.” But when Wynn Las Vegas beckoned, it wasn’t a hard sell. Wilcock’s father Joe worked in the casino industry, in table games, and had shared stories about his experiences. “They were so incredibly unique and surprising,” Wilcock says. He went home.

In 2015, after eight years at Wynn Las Vegas in various marketing positions, Wilcock joined The Venetian as executive director of premium marketing strategy. Then he was tapped for the intriguing role of executive director, casino optimization. The job brings together analytics, operations and strategy, identifying ways to increase revenue and reduce expenses.

He’s faced his share of challenges, chiefly during the Great Recession, when he worked as direct marketing manager. “We turned the marketing engine on full-blast. I was also working on my MBA at the University of Nevada, Las Vegas, so there were a lot of late nights. But hard work will help overcome challenges and you come out smarter and stronger,” he says.

He was fortunate to connect with many mentors. Jim Thomason, who gave him his break-in job as a front desk intern at the Monte Carlo. During his senior year of college, he interviewed with Dawn Griffis, who oversaw resort marketing reservations at Wynn Las Vegas. “She took a chance on me,” Wilcock says, “and gave me a call center job about a month after Wynn opened.”

“These people were willing to have long discussions and debates around why we do things and how we can improve,” he says. “They provided me with opportunities, but also helped me develop the mindset that extraordinary results come from challenging the status quo.”

But the person most responsible for shaping Wilcock’s career is his father.

“He spent decades working at resorts on and off the Strip. He’s done his best to pass his knowledge and experience on to me,” says Wilcock, who relaxes each day by playing classical piano.

Wilcock doesn’t care to predict his future. “Throughout my career, when I’ve least expected it, an opportunity presented itself that changed my path,” he says.

Wilcock’s father offered four pieces of advice when he started out; in turn, Wilcock would like to pass on that knowledge to those entering the business:

Don’t turn down a shift. “Many people start out working on-call like I did. When your supervisor calls you to fill a shift at the last minute, do everything possible to accept.”

Find a mentor. “Good supervisors and managers are happy to teach people, so don’t be afraid to ask questions and reach out.”

Become the go-to person. “This is especially important in stressful situations. Make sure you can be relied upon.”

Don’t make things up. “It’s best to know the right answer, but if you don’t, say, ‘I’ll find the answer and get back to you as soon as possible.’”