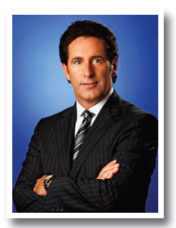 Mark Brown is a native of Brigantine, New Jersey, and began his casino career in nearby Atlantic City, eventually operating Trump Taj Mahal as the president and general manager. From 2006 to 2009, he was president and CEO of the Venetian Macao and Sands Macao. In 2013, he joined NagaCorp, the Cambodian gaming company, but less than a year later left for the top position with Imperial Pacific, which is developing gaming on the American territory of Saipan in the Northern Marianas.

Tell us about Saipan. Most Americans don’t understand what it is and where it is, so give us the Cliffs Notes on the island.

Saipan is a beautiful island, and like most, I didn’t know much about it. There’s a lot of history, with lots of tourists: one-third Chinese, one-third Japanese and one-third Korean. It’s a great vacation resort, with 2,800 rooms on the island, 100 percent occupied. It’s the most beautiful place in the United States you never heard of, because it is an American territory.

You’ve been operating a temporary casino in Saipan for the past year or so. Tell us about that and how it has performed.

We didn’t have room at our permanent casino site, so we eventually wound up at DFS (duty-free shopping) Galleria mall. They were renovating it, so we took half of it to use as our temporary casino. We probably spent too much on a temporary facility, but because of the clientele we’re bringing in, it had to be beautiful. We opened in July with 32 mass-market tables, six premium-mass tables, 106 slot machines and seven tables that were in three junket rooms. In November, we introduced our rolling-chip program and shocked people by doing $1.6 billion, and about the same amount in December. Every month it has continued to grow, and now we’re doing roughly $2 billion a month, except for $3.2 billion in April. The VIPs love the island and what we do for them.

What is the plan for the permanent casino?

There has been some mis-reporting that we were going to build a $7 billion resort. That’s not the case, at least initially. Yes, we could invest $7 billion over time with some partners, but initially we’re building our casino pod, the main lobby and some of the restaurants. This is a Paul Steelman design, six-star, and will open by the end of this year, which includes junket rooms. We’ll open a beachfront exclusive area, which is modeled after the One-And-Only in Dubai—15 villas and suites, private lobby, French restaurant. The hotel with 374 suites will open in the first quarter of 2017. We’re spending $550 million on this phase. For the rest of the development we’ll take on partners, which is very much how Macau’s Cotai was developed.

What is your target market? How will you approach that market?

More than 95 percent of our VIP market right now comes from mainland China. But look at a map. Saipan is convenient to everywhere in Asia. It’s a four-hour flight from China, and there is no visa—you can walk right through customs. They’re spending an average of 3.5 days here. Before we even arrived, the mix of Chinese, Japanese and Korean visitors were coming and continue to come. Then we have the local market—businessmen most of whom are not native to Saipan.

Tell us about the role of the regulators in Saipan.

We are highly regulated. We come under all U.S. laws for anti-money laundering and know your customer, and we abide by them. Contrary to what people might think, our VIP partners like the fact that we’re highly regulated and watched. They feel like it’s a safe place for families and their customers. It’s being run by U.S. and Macau experts, so we are all very comfortable with the regulators.