How all casinos can now relate to customers at any level 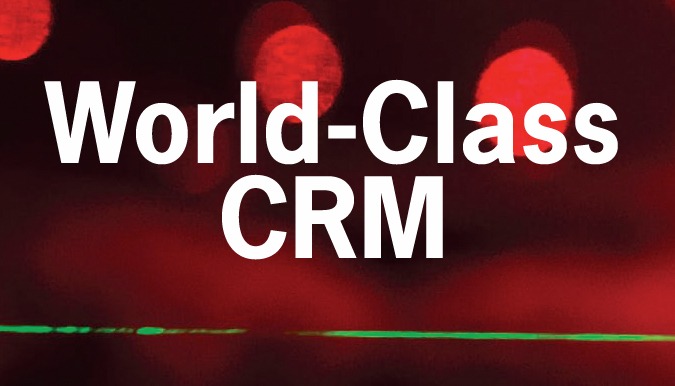 For more than a decade, the casino industry has toyed with the idea of CRM—customer relationship marketing.

The concept is a simple one—combining extremely rich customer-level data with strong analytics and technology to develop more personalized communications. Instead of sending everyone in the database four weekly cash coupons, all for the same amount, we can leverage this data to determine not only the right number of coupons, but the right coupon or free-play value and the right type of offer for each and every customer.

If you are doing monthly direct mail, then odds are you are doing “CRM” to some degree. But “doing CRM” isn’t like checking a box—a company sending a customized piece of mail to each and every customer is doing things much differently than a property sending everyone four weekly coupons, but simply differentiating customers into a few different dollar categories (say $5, $10, $15, and $20).

In the casino business, it makes sense to be as targeted as we can. Why? Because so much is spent on marketing. The average casino spends about 25 percent of its revenues on marketing. Today’s casinos are more marketing engines than gambling joints. Casinos give away lots of free slot play, and other promotional items to customers.

The impact of being laser-targeted is meaningful, and it is real. Properties with well-developed CRM strategies typically see 15 percent-20 percent revenue improvements over similarly situated properties that market with less precision. And it is much cheaper to generate 20 percent revenue growth through CRM than it is through building a hotel tower, new restaurant, or other such amenity.

So given these benefits, how targeted is the average casino operator today? In informal surveys conducted at various industry meetings, it seems as though the average operator uses less than 10 segments. So if there were 100,000 customers worth mailing every month, a casino would put around 10,000 into each of 10 segments. If a player is getting the same direct mail piece as 9,999 other people, are you really building a “customer relationship?”

The answer is, obviously, no. Then why, after 10 years, are so many operators still so generic in their mailing?

One reason is that, for so long, casinos didn’t need to be targeted. Until 2008, the industry had never had a downturn. Between an economy that, other than 9/11, had consistently grown for 15 years, and a relative scarcity of casino properties, casinos could count on revenues going up, up, up every year. When the money is rolling in, why bother with extra math?

A second, and correlated, reason is that it has taken the industry a long time to realize that the glory days are not coming back anytime soon, if ever. After five years of high unemployment, slow economic growth, and the opening of many more casinos—both in new and existing jurisdictions—it is clear it may never again be so easy to rake in the revenue. To some degree, casinos allowed hope to replace reason, but it has dawned on many that explosive growth may never return.

So if the desire is there to be more targeted, why isn’t it happening? Traditionally, advanced CRM required three things—extensive data, substantial IT, and in-house database horsepower. Every casino with a player’s card has the first—extensive data. Casinos are almost drowning in it. So that isn’t what holds the industry back.

Substantial IT resources are available, but they are expensive. One unnamed Las Vegas Strip operator has spent more than $30 million on three separate “CRM systems” that require extensive on-site servers, software and support. For casino companies struggling to get capital dollars to keep their properties looking fresh and clean, spending millions on a new system can be a hard sell.

And as we’ve all learned the hard way, systems don’t just run themselves. The space shuttle may be an amazing “system,” but it requires great pilots to get into space.

For a casino bringing on a new system, this either means more work for existing staff, or the hiring of new staff. Neither is an easy sell. More work never makes people happy, but this isn’t average work. Most people who became marketers did so because they liked developing promotions, assisting with customer service or designing advertising. CRM is none of these—it is highly analytic, number-crunching, spreadsheet-manipulating, and computer sitting-type work. So it isn’t just more work, but work that existing staff may not have the skills to do.

When it comes to hiring new people, that isn’t so easy, either. CRM expertise is highly technical, and not cheap. And the sorts of people who like that kind of work are rare, and they may not want to move to the kinds of places where many casino operators exist—Las Vegas and the big cities, sure, but not in the plains of Oklahoma or the mountains of Pennsylvania.

So what is a casino operator to do? Good news arrived for the industry in June, when The Fine Point Group announced it had created an automated CRM system called LaserPointCRM.

The Fine Point Group is one of the industry’s leading consultancies. They are well known for their marketing acumen: in 2009, FPG figured out how to increase revenue at Detroit’s Greektown Casino-Hotel 9 percent as the market was shrinking 5 percent. The firm’s CRM experts—from Harrah’s, MGM, Las Vegas Sands and Mohegan Sun, among others—have spent the past seven years doing CRM consulting work for more than 40 casinos in 20 states, with consistently positive results. The firm was founded by Randy Fine, who broke into the industry a decade ago by helping to launch the Total Rewards system for Harrah’s, and then led the marketing turnaround for Carl Icahn’s first casino company before starting FPG in 2005.

Fine developed LaserPointCRM for one reason—he and his team saw an opportunity to create a system that would allow every casino operator to implement world-class CRM, but without having to spend millions on the “space shuttle” and the “astronauts” needed to fly it.

“We believe this makes CRM technology accessible for anyone,” says Fine, “whether a billion-dollar Strip operator, a $50 million regional facility or a small locals operation.”

He says LaserPointCRM offers a number of benefits worth considering.

“First, the entire system is ‘in the cloud’—which basically means that it is hosted on a server farm (like MSM or Amazon.com, for example), and thus, casino operators don’t have to buy and maintain expensive hardware and software in order to implement it,” explains Fine. “The traditional marketing system often requires IT approval, because without IT, the marketing system doesn’t work.”

LaserPointCRM resolves that issue, Fine says. Everything is web-based and managed by Fine Point technicians.

“Second, because the system is cloud-based, not hardware/software-based, it doesn’t have a huge up-front capital price tag,” he says. “Fine Point has already spent the millions up-front to build the CRM infrastructure, and now offers its solution as ‘software-as-a-service.’ This means that you, as the operator, subscribe to the product, just like you do with your cable service at home. So no fighting with the CFO for millions in up-front capital.”

The system is also completely secure. Customer-identifiable data is never accessed by LaserPointCRM, and all data on the FPG servers is fully protected behind multiple layers of passwords, firewalls and physical security. FPG has been doing this since 2005, and has never had a security breach.

The third major aspect about LaserPointCRM is that the software is completely automated.

“Most everyone at Fine Point started in the trenches in an overworked property marketing department,” says Fine. “They seem to really understand that to a lot of casino operators, ‘tool’ is considered a four-letter word. It often is associated with more, not less work, boring training, and breakdowns—lots and lots of breakdowns.”

LaserPointCRM was designed to simply spit out an automated “answer,” he explains.

“There are no mandatory customizations or setups—the software imports the data from your specific property, and using Fine Point’s proprietary algorithms, designs a very granular CRM strategy for you. It segments the customers, designs the offers, determines the mailing lists, and spits it out for you to load into your player system and give to your print vendor.”

And those proprietary algorithms have a solid history, he says.

“For seven years, in 20 states, Fine Point has been helping properties of all shapes and sizes figure out how to squeeze more revenue from their databases,” Fine says. “In doing this, we have developed formulas to figure out the optimal methods to cluster, segment and target customers. So you get the benefit of this experience set developed over thousands of campaigns to determine the optimal strategy for you.”

To be clear, LaserPointCRM does not slice and dice the data identically for each user—every property gets customized analysis and a solution; the difference is that unique solution is built off of some of the best experience out there.

And the best thing about LaserPointCRM technology is that it works. It is now being used in Oklahoma, Iowa, Michigan, Minnesota and Washington, and the software just went live in July. Since going live, all customers have had world-class CRM strategies delivered on time and automatically, and are seeing revenues spike, no matter the economic conditions.

Fine says the solution is so simple and so cost-effective that any casino can now dig deep into their databases.

“No one will have an excuse not to be launching a compelling CRM strategy,” says Fine. “Given the lack of capital, the product automation, and the intellectual property, I expect properties across the globe to either use something like LaserPointCRM or figure out another solution to leverage their databases and improve customer targeting.”