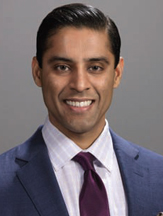 Murali Ganesan is the vice president of sales at Scientific Games, a role that he has held since the company’s 2014 acquisition of Bally Technologies, where he oversaw business development and sales for Europe, Africa and Latin America. Ganesan’s nine-year career path in gaming has seen the most innovative era for gaming technology and equipment companies.

Ganesan has embraced this transformation and collaborated closely on delivering product and differentiated service to the industry’s largest operators, while cultivating a progressive culture within the companies served, backed by an infectious work ethic stemming from his childhood and obvious to his peers.

Although Ganesan began at Bally in 2008 with emphasis on cultivating a presence for the company from an international perspective with focus on Africa, Europe and Latin America regions, he picked up additional responsibilities for the Northeast and Midwestern markets in the U.S. In time, with the recognition of Ganesan’s success, the Western, Central and Midwestern regions of the United States were added to his portfolio.

Ganesan holds an electrical engineering degree from Purdue University. Prior to entering the gaming industry, he held various consultative positions with companies in the sales and distribution of retail, wholesale, consumer and pharmaceutical products, among other goods. Prior experience in these verticals included leading major accounts in Europe and Asia that exposed Ganesan to a diverse international marketplace.

With Bally Technologies, he was able to learn about the gaming industry on the fly and identify areas for each geographical region in both international and domestic markets that needed solutions to address operational pain points to serve the players/patrons. Starting from scratch helped Ganesan access balanced exposure to gaming technologies and market development trends.

In discussing the future direction of the gaming industry, Ganesan’s education in engineering, consultative mindset and early exposure to multiple sales channels, plus international experience, truly resonate. He sees the dynamic changes in gaming technology today as an indicator of further industry growth potential and a bridge to new opportunities and partnerships with other industries. Ganesan also sees gaming development as becoming more and more data-dependent, and integrated across the leisure activities of consumers including discretionary spending, including where and how they access gaming options.

Ganesan credits his success to an enriching childhood where his parents instilled a stellar work ethic that has helped carry him to where he is today. The sales and marketing team at Scientific Games clearly recognizes Ganesan’s professional enthusiasm, his hard-working team enhancing dedication to meeting company goals with mutual interpersonal respect.

Ganesan’s exposure to international markets suits his personal interests well. He enjoys travel and has revisited many of the regions in which he has worked to experience them as a leisure traveler. Highlights include Cape Town and Ushuaia in Argentina.

Although, not surprisingly, he does not go long without checking in with the team. In addition to travel, Ganesan is a sports enthusiast as a spectator and an avid runner and player in polo, tennis and squash. And in his spare time, Ganesan volunteers in a variety of organizations.

Ganesan is a well-rounded and exemplary gaming executive, destined to make a substantial impact on gaming’s convergence and the industry’s adaptation to a new generation of leaders and players.