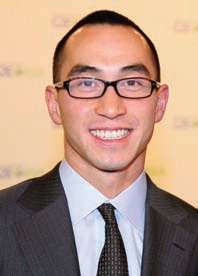 The co-chairman of Melco Crown Entertainment has signed an agreement to build in Russia’s designated Far East casino zone, known as Primorye, according to a report in The Wall Street Journal.

Ho’s is the first big name associated with the zone, one of four the central government set aside for casino development after 2009, when the industry was banned from Moscow, St. Petersburg and other major cities where it had been flourishing virtually unregulated and lightly taxed. The other zones, all relatively remote, are in Kaliningrad in Eastern Europe, the Altai region in Central Asia and on the lower Don River near the Black Sea.

Ho’s investment is being made through a Hong Kong-listed entity called Summit Ascent Holdings, one of five bidders the Primorye government has selected to present casino proposals. It is not known how many will be selected or when, according to the Journal.

No details were available on Summit’s project except that plans call for it to open in the second half of 2014 at a site about seven miles from the Vladivostok airport.

To date, none of the zones has struck a serious chord with investors, so to encourage development Primorye is offering low capital minimums and tax breaks resulting in an effective levy on gambling revenue of zero. Its other attraction is its relative proximity to northeast China, South Korea and Japan. Beijing is about two and a half hours from Vladivostok by air, Harbin less than two hours.