The government of Kien Giang province wants to attract foreign investors to build an integrated resort on the island of Phu Quoc. 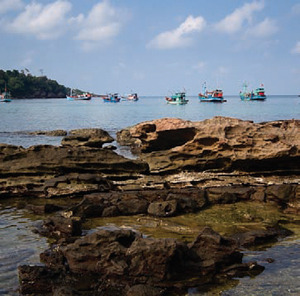 Gambling has long been considered a “social evil” by Vietnam’s Communist leaders. But, with growing pressure on state finances amid ongoing macro-economic instability, the government appears keen to ease restrictions on gambling and develop a proper legal framework for the industry.

“We have a plan for casino development,” said Dang Huy Dong, vice minister of planning and investment and the senior official in charge of attracting foreign investment. “Once we have a proper policy, we’ll make a public announcement, hopefully early next year.”

But Dong added that the casino policy was “not our top priority at the moment,” referring to the ongoing battle to combat inflation, which hit 23 percent year-on-year in August, and wider macro-economic challenges such as Vietnam’s large trade and budget deficits.

Although gambling is technically illegal in Vietnam, the government has given special dispensation to a number of hotels to open slot machine and table games rooms for foreigners only, and is working on a proposal to legalize sports betting.

These small casinos, such as the one developed at the Silver Shores International Resort in Danang, central Vietnam, are euphemistically called “adult entertainment centers with financial rewards.”

The two casinos will each have 90 live table games and 1,000 electronic gaming machines, and will be operated by MGM Resorts International and Pinnacle Entertainment.

The government says it is keen to encourage more such developments once the full legal framework is in place.

“We want foreign investors to come and look at the market,” said Dong. “But we want quality investors, real investors, not speculators.”

He urged investors to wait for the central government to unveil its new policy rather than try to cut deals with provincial governments, as some “opportunist investors” have tried to do.

Given the widespread popularity of illegal, unregulated gambling in Vietnam, some international developers have been lobbying the government to open up casinos to Vietnamese customers. But Dong said this would be a matter for Vietnam’s parliament, known as the national assembly, when it comes to ratify the casino policy.

“We are confident we have a proper understanding of the casino business and we know what is good for the country,” he said. “But whether we allow (Vietnamese people to enter casinos) or not is subject to parliamentary debate.”

Despite confusion about the legal status of gambling in Vietnam among some investors, Lloyd Nathan, chief executive of ACDL, argued that the situation for the Ho Tram Strip was clear.

“The business model for both integrated resorts is based on existing legislation which allows foreign passport holders or foreign residency holders to enter gaming areas,” he said. “The investment certificate for the Ho Tram Project was issued by the province of Ba Ria-Vung Tau and approved by the Ministry of Planning and Investment and the Prime Minister’s Office, and was the first license of its kind ever issued in Vietnam for a large-scale integrated resort.”

The first of the resorts, the MGM Grand Ho Tram, has been built out to 19 floors and is scheduled to open in the first quarter of 2013, he added.

Elsewhere in Vietnam, Genting, the Malaysian gaming group that built the Resorts World Sentosa casino resort in Singapore, is planning to build a casino resort in central Quang Nam province alongside VinaCapital, a well-established foreign investment firm that has a number of funds listed in London.

The government of Kien Giang province has said it wants to attract a foreign investor to build a $4 billion casino resort on the increasingly popular holiday island of Phu Quoc, off the southern tip of Vietnam.

And executives from Las Vegas Sands, which operates the other casino resort in Singapore, have held talks with the Vietnamese government about the possibility of developing new projects in the country.