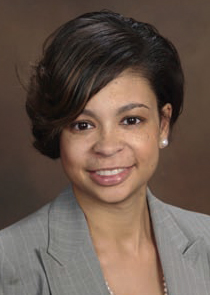 Nicole Stewart is the vice president and a transportation engineer at Urban Systems, Inc. located in New Orleans. The company has served the gaming industry in the areas of planning and engineering since the early 1990s. Stewart joined as an intern in the aftermath of Hurricane Katrina in 2005, and never looked back. Today, she’s focused on serving casino clients in the design and construction of new roadways and access points, on-site vehicular and pedestrian circulation, signage and parking solutions.

Stewart also has experience in roadway and subsurface drainage design, as well as construction management. With day-to-day responsibilities in project management, design and the management and training of technical staff, Stewart became a principal of Urban Systems in 2012. In reaching that pinnacle, she points to her mentors, Urban Systems founding partner Denis Finigan and current partner Alison Catarella-Michel.

In describing her work in the casino industry, Stewart refers to several projects that highlight the firm’s contribution. The Southland Casino and Racing complex in West Memphis, Arkansas stands out. As the property upgraded and expanded in recent years, Stewart led the Urban Systems team in modernizing its traffic and transportation systems. In the process, she gained an appreciation for the unique needs of gaming managers and customers, and the importance of solutions to bring older guests into the property from remote parking areas, and state-of-the-art wayfinding signage systems.

Stewart is a member of the American Society of Civil Engineers and the Institute of Transportation Engineers, where she was president of the Deep South Section in 2015. She is affiliated with the Southern University and A&M College Civil Engineering Council of Visitors and the St. Mary Academy Alumnae Association. And with her three children, she also supports the Pradat Playground in New Orleans—both recreationally and philanthropically.