The outbreak of the Coronavirus has had a major impact on the gaming industry. With this in mind, GGB is committed to providing updated news and analysis on our weekly news site, GGBNews.com.
DATELINE EUROPE

Crimea casinos may not be as popular as Putin wants 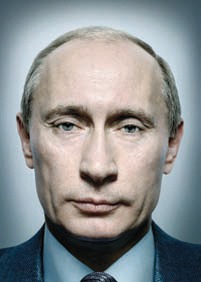 Russian President Vladimir Putin has asked the country’s parliament to designate the newly annexed Black Sea peninsula as a “gaming zone” where casinos could operate legally.

It’s an about-face for Putin, who crusaded against gambling, calling it a social evil, and who backed legislation that shut down most of Russia’s casinos and slot-machine parlors back in 2009.

The new policy is designed to make Crimea less reliant on subsidies from Moscow. The region is expected to run a 55 billion ruble (US$1.5 billion) budget deficit this year and may receive some $2.8 billion of emergency subsidies, an expense the Russian economy can ill afford.

Crimean gambling isn’t likely to produce a revenue windfall, however. Large-scale casino developments need “large, nearby pools of players who can travel there,” said Andrew Gellatly, the London-based head of global research for GamblingCompliance. “You have nothing like that in Crimea,” he said, noting that the peninsula has “no road connection at all” to the Russian mainland and is far from any major city.

The Kremlin has discussed plans to build a bridge between its new peninsula and the mainland, but that could take several years—and even then Crimea remains almost 900 miles from Moscow. What’s more, Gellatly says, prospective investors in casinos “are not interested in any place that doesn’t have political stability.”

The 2009 ban has restricted casinos to four designated border zones—in Kaliningrad, the Don-Rostov region near the Black Sea (site of the sole legal casino in the country, in Azov City, about 200 miles northeast of Crimea), the Altai region of Central Asia and near Vladivostok on the Pacific coast.

Russians are avid gamblers, but “Russian high rollers are more likely to gamble in London or Monaco than in one of the former Soviet republics,” Gellatly said.