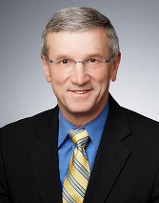 Tony Rodio joined Affinity Gaming in late 2018, directly after directing the sale of Tropicana Entertainment to Eldorado Resorts. At Tropicana, Rodio increased overall financial results with net revenue increasing more than 50 percent through both operational improvements and further expansion into regional markets. Rodio also has experience with Harrah’s Entertainment and Hollywood Casinos. At Affinity, Rodio takes the helm of a company that operates 11 casinos, five of which are located in Nevada, three in Colorado, two in Missouri and one in Iowa. He spoke with GGB Publisher Roger Gros from the Affinity Gaming offices in Las Vegas in December.

GGB: Tell us about the sale of Tropicana Entertainment to Eldorado Resorts. Why did you get back into the business so quickly after the sale closed?

Rodio: Well, it was a six-month process, from the time the transaction was announced until the time it closed. The Eldorado folks were wonderful. They offered me a position to stay on. But I thought it was time for me to move on.

I’m too young to retire. I love the industry; I’m passionate about it. So, I felt like I had one more good run in me, and this was one of a number of opportunities that I looked at. This one seemed to fit me best.

What was it about Affinity that really attracted you?

I think there are a lot of similarities between Affinity today and where Tropicana was when I first got there, seven or eight years ago—a regional gaming company, operations throughout the Midwest, and no real cohesion within the company. I really look to draw from my experience at Tropicana of building a company and creating a new culture, and discovering some new ways of looking at things—with a fresh set of eyes.

You worked for a pretty demanding billionaire in Carl Icahn at Tropicana. Now you’ll be working with another one, Jim Zenni, the head of Z Capital, which is a majority owner of Affinity.

There are similarities, and there are some differences. Tropicana was publicly traded, but Mr. Icahn owned 80 percent of the company, so there was only one vote that mattered. So, for all practical purposes, it was privately held.

They’re both very passionate, obviously both great investors. I think the difference is, Mr. Icahn didn’t get involved in the day-to-day operations. Given how this company has been operating before I got here—it was four or five months without a CEO—Mr. Zenni was, in essence, the CEO. So, he’s much more intimately aware of each of the properties, each of the businesses, and the positives, the negatives, and what we need to do to move forward. So, that is a big difference. He’s passionate about it, I think his leadership is certainly a big support, and you know, he’s looking for us to grow the company.

In that sense, they’re both identical. They want me to add value. That’s why I’m here.

Affinity has so many different parts, not an overarching brand and diverse operations.

Well, they are diverse. I’ve now visited each and every business, and they are unique in the customers that they serve, the markets that they operate in, and the size of the facilities. Some of our properties have hotels, some don’t. But the philosophy that I used at Tropicana is going to be the same philosophy that I use here, which is a little different than previous management. I believe in more of a decentralized model. I will give a lot more autonomy to the general managers and the local business leaders. And I think it certainly plays well with this company, because they are so diverse. What works at Primm, at Stateline, isn’t necessarily going to work at Rail City in Sparks, outside of Reno. So, I’m getting to know each of the businesses, and again, we’re going to operate in a more decentralized function.

What do you consider the strengths of the company at this point?

I’m pleasantly surprised by the strength of the corporate staff and the management teams at each of the individual businesses. The GMs that I’ve gotten to know, I think they all do a great job. We’ve brought in some additional talent to support the people that are already here: Eric Fiocco is on board and we’re bringing in the CFO from Tropicana, Joe Long, as well.

So, the talent that was here, and really long-term loyal employees, interact with customers, and you can see that it’s a family atmosphere, in those respects.

How about the shape of the properties? Do you need a little more capital investment, or were they in pretty good shape?

They’re in good shape from a physical standpoint, but similar to what I did at Tropicana—and I think what’s incumbent upon all of this in this industry—we have to diversify the experience. You no longer can just offer slot machines and table games. We have to look for opportunities and ways to partner with brands, and to diversify the experience. It’s more challenging in smaller, regional markets, but there are definitely little things that we can do to tweak the experience and add new amenities.