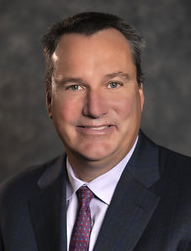 Tom Reeg is a dealmaker. He landed in the right place in the 1990s when he got involved with a small family owned company called Eldorado Resorts. Reeg helped the Carano family guide the company outside of its native Reno, Nevada on a journey that saw it buy several smaller regional gaming companies, MTR Gaming, Isle of Capri and Tropicana Entertainment. However, when he set his sights on Caesars Entertainment, few thought it was possible. But when Reeg demonstrated the savings Eldorado could bring to the gaming giant, the experts began to listen. If the Eldorado operations model has worked following every other acquisition, why couldn’t it work for Caesars? And the deal got done. Reeg spoke with GGB Publisher Roger Gros from his offices at Caesars Palace in Las Vegas in September for the cover story of the October issue of GGB.