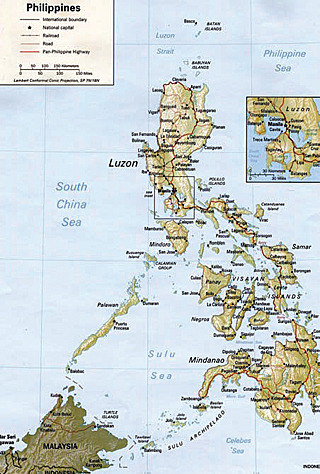 Gaming operator and regulator PAGCOR of the Philippines is looking to insert itself into the Asian integrated resort equation with the development of its Entertainment City Manila project. Despite a regime change at PAGCOR in mid-2010, Entertainment City Manila appears to be on track. At the same time, local network supplier and operator PhilWeb, partly in conjunction with PAGCOR, has been making progress both at home and in nearby countries.

It was spring 2008 when news of a major casino resort development project for Manila first appeared in the media. PAGCOR—the acronym for Philippine Amusement and Gaming Corporation—was calling for outside investors to develop a number of international-scale casino resorts on eight square kilometers of reclaimed land adjacent to Manila Bay.

Said to be the brainchild of then-CEO and Chairman Efraim Genuino, the plan included five-star hotels, casinos, theme parks, convention centers, theaters, shopping malls, medical facilities, cultural and education attractions, residences, a sports stadium, an immensely tall skyscraper and other modern trappings. Total investment was touted to reach somewhere between $15 billion and $20 billion by the time the multi-phase project was completed.

It was the era of mega-plans all around the world. A liberalized Macau was setting new gaming revenue records every month. Singapore’s two integrated resorts were under construction. Las Vegas was adding billions of dollars worth of high-end properties, and even European governments were fielding approaches from developers planning entire new cities centered on casino gaming. When the international credit crisis hit, projects in Las Vegas and Europe seized up almost completely. But in the Macau-Singapore-Philippines triangle, whose promise was just beginning to unfold, outside of a few setbacks it was pretty much business as usual.

In any case, the minimum investment for an Entertainment City Manila casino resort was eventually set at $1 billion. Currently, four such projects are under development:

The SM Consortium and Bloombury projects are under construction and expected to open at least initial phases in 2012 and 2013, respectively. Work on Travellers International’s Resorts World Manila Bay is expected to commence in 2012. Tiger Resorts Leisure and Entertainment is still seeking funding for its Manila project.

One important condition that must be met by developers is that their hotels must be in place before casino operations may begin. Each developer is required have 800 hotel rooms with an average room size of 40 square meters—about 400 square feet—and to construct a minimum of 250,000 square meters of floor area.

To ensure the massive development stays on course, in December 2011 PAGCOR announced it was seeking an independent consulting firm to monitor the individual projects. No firm was named, but a statement from PAGCOR said that the board recently had approved the measure, the Philippine Daily Inquirer reported at the time.

In a statement, PAGCOR Chairman and CEO Cristino L. Naguiat Jr. said, “This is in order to rationalize project implementation and assure a level playing field.”

The four developers also are being urged to fast-track their projects, to enable PAGCOR to meet its self-imposed tourism goals. Rather than the minimum 3,200 hotel rooms, the agency would like to see 5,000 rooms as soon as possible.

“We intend to capture a share in the total global gaming market, which is estimated at $115 billion annually, through the Entertainment City Manila project,” said Naguiat. “A 10 percent share will give us $11.5 billion, which would make us bigger than Las Vegas.”

That seemingly outlandish gaming revenue estimate was first mentioned in the PAGCOR 2010 annual report. The report said that 3,200 hotel rooms could accommodate 1 million visitors annually and that at then-current gaming trends, 1 million visitors would produce the $11.5 billion in GGR. Comparing a future completed and fully functioning Entertainment City Manila to Singapore, the report stated that the revenue generated would equal that of the two Singapore IRs.

“Our location in Asia and Filipino hospitality and service set us apart from other countries in the region,” said Naguiat. “We expect to generate 1 million jobs and 1 million tourists in the next few years.”

PAGCOR the operator is not just waiting around for future visions to materialize. In November, the multi-sector gaming concern booked a record PHP2.32 billion—$52.7 million—from its own ongoing gaming and wagering operations. That figure was up almost 36 percent from November 2010 and over 6 percent from October 2011 revenue. Gaming revenue in all of 2010 totaled PHP21.8 billion and revenue from all sources PHP31.5 billion. After the first 11 months of 2011, total revenue had already hit PHP33.15 billion.

PAGCOR owns and operates 13 casinos around the country. The casinos are situated mainly in hotels, and all are open 24 hours to those age 21 or older. Besides casinos, PAGCOR operates its own slot arcades. Combined slot revenue from casinos and arcades showed a significant increase in the first 11 months of 2011, accounting for more than 50 percent of GGR.

The rise in slot revenue is attributed to the installation of more popular, state-of-the-art machines at casinos and arcades.

Naguiat said, “We are getting better in our gaming mix. We hope to continue this momentum, with the hope of eventually tapping more foreign tourists to visit our casinos and arcades.”

The company also gleans revenue from licensing private casino operators and from licensing and supplying a number of gaming and wagering activities to the private sector, including sports betting kiosks, bingo and intranet gaming cafés.

Until recently, PAGCOR has shied away from the at-home online gaming business. But the Manila Bulletin reported that Naguiat, speaking at a hearing of the Senate Committee on Games and Amusement in early January, said PAGCOR is now looking at the potential of the sector.

“We’re really studying this internet gaming,” said Naguiat. “The estimated take for 2011 from the internet gaming is about $30 billion, so we’d like to be part of it.”

PAGCOR’s initial share of that $30 billion, Naguiat said, could be at least around $11.4 million.

The company would only offer the product to players outside the Philippines, meaning online gaming would remain off-limits to Philippines residents. The website would be blocked and inaccessible to anyone within the country, with payment transfers via local credit cards and bank accounts also blocked.

There are currently three companies—Eagle Sky, Oxford and Fontana, all located in the Clark Pampanga Freeport Zone—that have online gaming permits issued by the previous management of PAGCOR. However, so far, none have begun operations.

At the hearing, Naguiat emphasized that PAGCOR opposes the concept of being able to bet from home in the Philippines. That was also the reason the company did not approve a similar proposal from PhilWeb Corporation, PAGCOR’s partner in server-based gaming cafés. An online gaming venture involving the two companies was announced in January 2010, but has apparently gone by the wayside.

PhilWeb Corporation owns and operates the server-based system used by PAGCOR’s network of online café outlets, known as PAGCOR e-Game Stations, or PeGS. The terminals at a PeGS outlet allow customers to play table games and slots like those found at a regular casino.

The first joint project of the two companies was the establishment of the nationwide Internet Sports Betting Stations network of kiosks in 2003, which featured the sports-based numbers game Basketball Jackpot. The following year, the first 11 online cafés that would eventually become PeGS debuted, and by the end of 2007 that number had grown to 76.

In January 2010, PhilWeb signed an agreement with MegaSportsWorld, the only sports book licensed by PAGCOR, through which PhilWeb offers online betting on a wide range of local and international sporting and other events through the PeGS network.

As mentioned above, at the start of 2010, PAGCOR and PhilWeb announced the introduction of E-games Online, the team’s traditional internet gaming product. This was intended to be the first legal online gaming site in the Philippines, but never went anywhere.

On its own, PhilWeb has begun to find markets for its networked and mobile product platforms in other countries in the region.

In July 2010, a joint-venture agreement with 5P Corporation Ltd. of Cambodia was completed to operate internet-based and mobile-based games of chance under a Cambodian national gaming license. The Cambodia partner is a diversified company controlled by Madam Hun Sen Ny, the sister of Cambodian Prime Minister Hun Sen.

In November that same year, PhilWeb signed a memorandum of understanding with Simoung Group to jointly develop and operate internet and mobile games of chance in Laos. And in June 2011, PhilWeb received a license to operate mobile gaming and SMS-based instant games in East Timor, under the brand Gold Mobile.

The arrangement between PAGCOR and PhilWeb has not always been viewed as positive by everyone. In September 2010, the Philippine Daily Inquirer reported that Senate President Juan Ponce Enrile was calling on PAGCOR to review what he referred to as the “sweetheart deal” between itself and PhilWeb to operate the kiosk and online café networks.

PhilWeb President Dennis Valdes, in a statement, disagreed with Enrile’s charges and called the lawmaker “misinformed.”

“If anything, it is a sweetheart deal for PAGCOR,” said Valdes. He pointed out that the deal to operate internet casino stations had been PAGCOR’s most profitable contract with any private-sector entity—excepting traditional casinos—since its signing in 2004. “Over the life of the contract, PhilWeb has remitted to PAGCOR over PHP2.3 billion, and the remittance for 2009 alone totaled PHP1.1 billion.”

At the time, PAGCOR had a 60-40 net profit sharing arrangement with PhilWeb, in favor of PAGCOR.

Enrile pressed the matter, questioning why the company owned by former Trade Minister Roberto Ongpin was “so special” that the former head of PAGCOR, Genuino, had given the firm a contract that would run as long as that of PAGCOR, until 2033.

Naguiat, who replaced Genuino after the election of President Benigno Aquino III in June 2010, responded to Enrile’s question, saying, “We share the same sentiment, your honor.”

In fact, the contract with PhilWeb was one of those subsequently reviewed by PAGCOR. It has since been changed to PAGCOR receiving 40.8 percent of gross gaming revenue, which gave PAGCOR an additional PHP100 million in 2010.

Immediately after the hearing, former Defense Minister Enrile told the Philippine Daily Inquirer that he did not have a grudge against former fellow Marcos cabinet member Ongpin. He said he was only getting back at Ongpin for what he saw as the poor treatment of former PhilWeb President Alex Villamar.

“I don’t like his attitude,” Enrile said of Ongpin. “He put in jail of the NBI Alex Villamar, who was the one who put up PhilWeb’s business. He had all of his assets attached on the ground that he was stealing from the company. He took everything back, including his several billion shares.”

Valdes countered by saying there was no truth to Enrile’s allegation, or to the perception that Villamar had developed PhilWeb’s software.

“Villamar was president of PhilWeb from its inception in 2000 to May 2004,” said Valdes. “During his tenure, PhilWeb ran up a deficit of over PHP800 million, in large part due to his poor management. Worse, Villamar set up several personal companies on the side, keeping the revenues for himself and leaving the expenses with PhilWeb. Due to this dishonesty and his illegal use of company time, over PHP300 million in losses were incurred by PhilWeb.”

Whatever the truth, it is clear that the hangover from the Marcos era, in which PAGCOR was created, has not entirely dissipated. But under Naguiat, the organization appears to have become reinvigorated. The key to maintaining that vigor will be continued progress at the Entertainment City Manila site.