The integrated casino resorts that can be found in Las Vegas, most other U.S. jurisdictions, Singapore and in Macau are each unique in design, theme and mix of amenities. Yet each has a lineage to one property: the Mirage Casino Resort in Las Vegas.

Thirty-one years ago, the Mirage ushered in the era of the integrated casino resort. The master-planned property changed how people view casinos and how casino operators view their businesses.

The Mirage changed the face of casino design, elevated dining and entertainment to new levels, and created a new paradigm in service and employee relations. It changed how developers approach casino development and how customers see casinos as vacation experiences. It challenged operators to seek a broader mix of gaming and non-gaming customers.

In fact, the Mirage was the casino that changed everything.

To understand how the Mirage changed the gaming industry, it’s important to appreciate what Las Vegas was like before the Mirage.

In the mid-1980s, with casino gambling available in Atlantic City, tourism growth into Las Vegas slowed. Five years after a bitter 1984 citywide strike, relations between management and employees remained divisive. Policies at some casinos encouraged segregation between union members and managers. It was common practice for managers, supervisors and exempt (non-union) employees to take their meals in the casino buffet or coffee shop, while unionized employees ate their meals in the employee dining room, often called “the Helps Hall.”

When Steve Wynn started assembling the Mirage team, he included a mix of people who had worked for him in Las Vegas and Atlantic City: Bobby Baldwin was tapped to be president, Doug Pool to be CFO, and Arte Nathan was in charge of human resources. The first thing he told them was that the Mirage would never be about the building, but about the employees and their commitment to the promise of excellence.

This core management team put that mission into operational practice. The first key element would be a new union contract. Nathan and Golden Nugget President Barry Shier were tasked by Wynn to begin negotiations with John Wilhelm and D. Taylor of the Culinary Union. Their goal was to streamline a cumbersome existing contract so that it allowed management and workers to partner in making the business better and more secure for all employees. That new contract became the cornerstone of Wynn’s employee relations philosophies, and set the course for years of labor peace for the company. 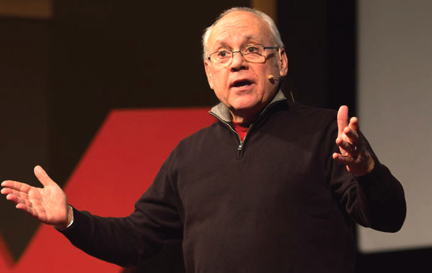 Arte Nathan crafted the employee handbook for The Mirage

With that in place, Nathan launched a massive recruitment effort. At the time, Wynn only operated the Golden Nugget and could not afford to take all its employees to his new resort. That meant creating a recruitment center and hiring process that would attract thousands of other casino and hospitality employees.

Nearly 55,000 applications were received to fill the 4,000 positions not previously awarded to employees transferring from the Nugget. The company’s hiring managers were encouraged to “Hire for Attitude and Train for Skills.” The people hired were optimistic, flexible and committed to the Mirage’s commitment to extraordinary customer service.

Wynn’s and Baldwin’s design concepts carried over to a back-of-the-house every bit as bold and beautiful as the front-of-house customer areas. Customers had a volcano, an atrium and a fish tank. Employees had a staff dining room that was every bit as good as any customer restaurant and became the talk of the town.

Combined with management practices such as “catching people doing things right” and “explaining why,” employees were treated like guests and inspired to make the Mirage great. Greeting the new team at the opening orientation, Wynn stressed that employee satisfaction is directly related to customer satisfaction and profitability, and he would double down on creating extraordinary employee satisfaction.

Measuring the impact of concepts like these is usually a difficult proposition, but in actuality, they resulted in a 12 percent annualized turnover rate for employees in the Mirage’s first year of operation (in comparison to more than an average of 50 percent in the industry), and 10 years without a single union grievance or arbitration. 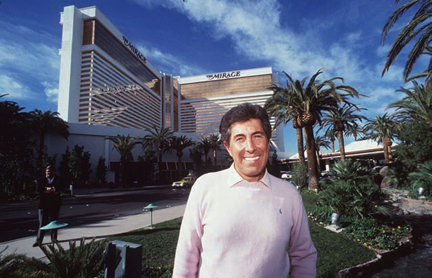 At 3,044 lodging keys, the Mirage was one of the largest hotels in the world and at the time, the first to be constructed in Las Vegas in more than 15 years. Built at a cost of $630 million, it also was the most expensive hotel in history, and there were sound reasons why it cost so much.

The Mirage was designed with guest service as its guiding principle. The Y-shaped hotel tower and 24-elevator core limited the distance guests would have to walk to their rooms. That design can now be found in integrated resorts throughout the world.

The hotel also featured an additional six elevators solely for back-of-house personnel, and this investment, too, was driven by customer service. Room-service waiters did not have to compete with housekeeping personnel for available elevators, and could deliver meals promptly and at the proper temperature. Housekeeping, in turn, could move soft goods and quickly service guest rooms. Back-of-house transit corridors were built wide to allow for the seamless movement of employees and products.

A new approach to the movement of guests’ luggage was adopted after studying how luggage moved through O’Hare International Airport. A baggage conveyor system transported guests’ luggage from curbside to a mezzanine holding area. Bellmen were alerted as soon as a guest inserted his or her key card, and baggage was then promptly delivered to the guest room. Delivery times were monitored electronically, so service standards could be measured.

Perhaps the most important attribute of these design innovations is that they managed the interaction of guests, employees, products and services. The master plan examined how products were received and stored, as well as how employees entered the building, retrieved their uniforms and entered their work areas.

Most important, it paid attention to how guests experienced the resort, from the point of arrival to the point of departure.

A New Approach to Entertainment 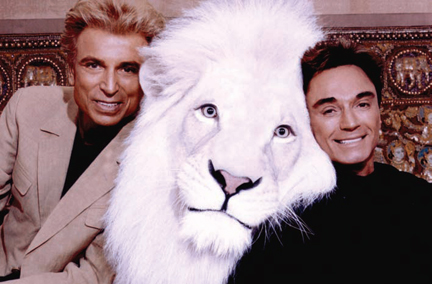 Casinos had long used entertainment as a marketing tool, with headline entertainment as a way to entice premium players to visit. Prior to the Mirage, casino showrooms were designed in a similar manner. Booths reserved for VIPs were arranged in a series of horseshoes around the stage, and narrow rectangular tables below each tier perpendicular to the stage were devoted to general admission seating. Guests were obligated to tip their way to a reasonably good seat, and those who didn’t often found the location and sightlines to the stage less than ideal.

The Mirage’s 2,000-seat main theater, featuring Siegfried and Roy, took a far more egalitarian approach, in which guests didn’t have to bribe their way to a good seat. The theater was modeled after more traditional Broadway theaters, where all seats offered good views of the stage. Guests could reserve their seats from a map with prices clearly displayed, rather than be beholden to the maître d’. A state-of-the-art ticketing system supported this endeavor. This style of showroom ticketing is common practice today, but not so in 1989.

The Mirage provided an abundance of entertainment as guests walked through the property. Outside, a volcano erupted periodically during the course of the evening. It was a beacon that attracted guests to the property like no sign ever could. Such entryway attractions can now be found at integrated resorts around the world.

Once in the property, arriving hotel guests could gaze at a 53-foot aquarium behind hotel registration, which served as a distraction as they waited for the next receptionist. The aquarium contained more than 1,000 species of fish. Once checked in, guests walked through an atrium containing a tropical rainforest. It set the stage for the experiences to follow. Maintained by a staff of botanists, the rain forest became an iconic feature of the resort and often a bottleneck as guests stopped to take pictures and examine the fauna.

The expansive pool area beyond the casino featured acres of waterfalls and chaise lounges in keeping with the Polynesian theme. Beyond that was a habitat for Siegfried and Roy’s white tigers. It became an interactive attraction that proved wildly popular with guests—so much so that Wynn then designed and built a Dolphin Habitat managed and run by aquatic and marine professionals. The centerpiece of this new exhibit was a set of three pools that featured bottlenose dolphins in a nature-like setting. Together, these greatly added to the entertainment found at the Mirage and helped “keep the promise” of excitement and service.

The Sum of the Parts

These design principles, operational systems and human-resource strategies became the model for future integrated resorts. Every property that followed owes a portion of its lineage to the Mirage.

Perhaps the property’s greatest testament is its ability to stand the test of time. More than 30 years after its opening, the Mirage remains a vibrant and exciting property. While its restaurants have been rebranded, rooms renovated and public areas refreshed, the property continues to demonstrate that an investment in good infrastructure and human-resource principles is what makes great properties survive and prosper.