Given its scope, how closely should regulators look at social gaming? 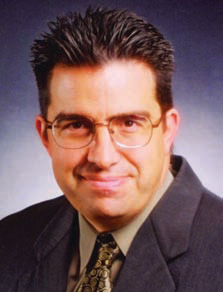 From a legal perspective, social gaming is not well-defined. Many want to lump in several types of offerings that have much different legal considerations. These include sweepstakes-based subscription sites, which often share a common structure. A person could purchase a monthly subscription, typically .95, which entitles him to multiple benefits including magazines, blogs and other benefits. The subscription, however, also includes the ability to play in cash games and tournaments.

Other sites allow persons to wager on the outcome of games of skill. They host online competitions that intensify casual games with the thrill of playing for cash and prizes.

Here, we focus on what is truly social gaming: prizeless social-network gaming. Most social networking sites have applications where its members can engage in casual games or traditional gambling  games like poker.

Game developers monetize these games through four principal sources: micro-transactions, virtual goods, advertising and marketing offers. Effectively, regardless of the game offered, the players cannot earn anything of tangible nature. Instead, they can only achieve virtual items that may have utility in the game itself, or in-game currency that cannot be exchanged for real currency. The only value of in-game currency is its use in the game or to buy virtual items like clothing or hats worn by a player’s avatar in the game.

Sometimes these social gaming activities are free, and in others, persons can buy chips, tokens or virtual currency to play the games. The most common gambling prohibition is games of chance. This is where a person pays consideration, usually money, for the opportunity to win a prize in a game of chance. If the elements of consideration and chance are present but the award of a prize is eliminated, then the activity will be legal, in most, if not all states.

The virtual prizes can then bound to the player’s character—i.e., they could not be sold outside the game. These items cannot be bought or sold and players have no way to redeem the items for either cash, prizes or other thing of value. The virtual prizes will have real value if they can be sold in any fashion, such as through an exchange or an auction site. For this model to avoid legal issues, the virtual prizes cannot acquire independent market value.

Two issues arise when considering whether an item has value. The first is whether the item itself has a market value. While a prize does not have to be money, courts generally require it have a reasonably determined value. Therefore, a strong argument can be made that a difference exists between an honor and a prize, i.e., merely being crowned a champion or receiving an acknowledgement in a virtual item versus receiving goods or services that have a defined market value.

The second is whether the item, despite having no market value, can be exchanged for cash or an item of value. The virtual prizes have real value if they can be sold.

If the virtual items have no independent value and cannot be sold or traded, they should avoid the prize element under most state laws. This prevents a monetary value from being given to the virtual items.

Many sites attempt to avoid this issue by always awarding additional tokens when a player exhausts his or her supply. The only difference is the level of game that the person qualifies to play—e.g., a lower-limit poker game. Without the ability of a person to consistently obtain free chips to continue play, a greater risk exists that the winning of tokens could be considered an “extension of a service entertainment” under the state laws that have such a prohibition.