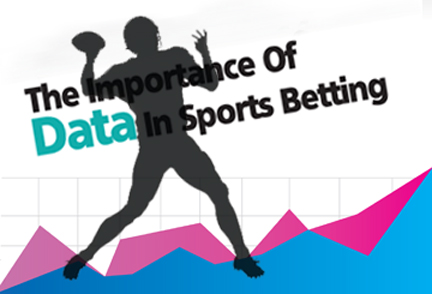 As sports betting expands into new markets within the United States, operators and state governments are growing eager to capitalize on the opportunity.

In addition to Nevada, seven states now offer some form of sports betting in the post-PASPA (Professional and Amateur Sports Protection Act) world. This number will likely grow as 2019 continues to unfold, as a supermajority of states plan to look into the opportunity for sports betting within their borders. Global Market Advisors has previously estimated the sports betting market at $139 billion, but that figure is contingent on how the market is crafted in each state.

Throughout the debate in the post-PASPA world, one of the key buzzwords has been “data” and the use of an “official data source” in determining the outcome of a wager, specifically as it may apply to those bets taking place during a game or contest. Driven largely by some of the professional leagues, this is another key element to add “integrity” to the process.

While integrity has been another buzzword that continues to be bantered by the leagues, the proposition of an “integrity fee” is simply an additional revenue source that is sought by those leagues. The value of live, quality data remains paramount to the success of legal sports betting in America for all parties involved.

However, data feeds are not the only part of the data equation that matters. Data in the form of player databases is the other critical part of the equation. Historically, many sports betting providers lacked a quality sports betting database, as there has not been a robust tracking mechanism similar to that used with casino play. The advent of mobile sports betting has greatly facilitated the ability for operators to build a database. Both data feeds and databases will be critical to the overall operations and financial success of sports books as they continue to expand across the country.

The most palpable purpose of data in sports betting is to ensure that odds and statistics are readily available for bettors and operators alike. Data feeds play a critical role in providing the optimal sports betting experience. Quick and reliable data will be necessary to engage bettors and other sports fans, and operators will need to make data more accessible to these customers in order to remain competitive.

Data feed providers gather information based on sports betting lines from an aggregate of sports book operators around the world. They then send this information to oddsmakers, including what the current odds are in other jurisdictions and what the estimated odds are in their own jurisdiction. They also provide oddsmakers with relevant statistical information, such as injury reports, to inform them as to how they should set and adjust their lines.

In the U.S. and abroad, bookmakers pay close attention to data feeds from these third-party providers to see where and how lines are moving. For example, bookmakers in the U.S. will look to sports betting activity in the Caribbean, as many of these countries are located in the Atlantic time zone, putting them at least one hour ahead of most of the United States.

It is understood that many of those individuals betting in the Caribbean are U.S.-based sports bettors that have found ways to place bets online directly with these illegal, offshore sports betting operations. However, this is a somewhat wide-ranging assumption that cannot be soundly proven, as these bettors are playing under the radar through offshore sports books, and their identity and location cannot be confirmed.

An expanded legal U.S. market would ideally entail strict regulations to ensure that accurate geofencing makes sports betting unavailable to patrons located outside of a given jurisdiction. As such, data feed providers can have a greater understanding of who is placing what type of bets, and operators can assure their bettors that their odds are set with a clear understanding of sports betting trends around the world.

MGM Resorts International was the first major operator to make a deal over data feeds when it became the official gaming sponsor of the National Basketball Association. As part of the agreement, MGM parlayed a deal to serve as the official gaming operator as well as to have the league’s official data for sports wagering. MGM has continued to secure these data feeds with additional deals with the National Hockey League and Major League Baseball. At the writing off this article, FanDuel has also signed on with the NBA to receive an official data feed.

One thing that is paramount over data feeds is that mandating it by law should be considered a non-starter for operators. As legislation develops across various states, some are attempting to include mandating the use of official league data. There has even been an inclusion in the proposed Hatch-Schumer sports betting legislation at the federal level. Through Nevada, New Jersey and other existing jurisdictions, the market has already proven that it can act on its own without requiring operators to purchase official data, a requirement that illegal books do not have.

Requiring that legal operators purchase the data will only allow the leagues to charge more for it, thereby creating another financial hurdle hindering the ability of the legal books to complete with the illegal books.

To play well in the market, teams and leagues must not see this as a revenue grab but as an opportunity to bring integrity to the process. They must also be transparent with items of importance, including injury reports. Additionally, because sports betting is a high-volume, low-margin business, they also should not instill a monopolistic environment that makes their database become a prohibitive cost to the market.

It is widely believed that combating such a deeply rooted illegal market will be the greatest challenge facing legal sports betting operations in the U.S. Today, while many individuals find ways to place bets through offshore sites, other customers can easily find illegal bookies by simply asking a friend or neighbor, or by inquiring at the local bar. Sports betting data will be essential for the legal market to compete with the illegal market. Quick and reliable data feeds will ensure integrity of games and the bets placed on those games, and will give consumers the sense that their wagers are genuinely connected to the sports upon which they bet. Additionally, to effectively offer in-game wagering, real-time live data must be available. If data feeds are appropriately offered to only legal books, this will create a significant competitive advantage over the illegal operators.

Building and Utilizing a Player Database

Before the advent of mobile, sports books in Las Vegas and throughout Nevada did not necessarily track those wagering on sports. Locals that were regulars were typically known at their neighborhood casino because that is where they placed most of their wagers. This has changed over the last couple of years, as many bettors have switched to mobile wagering, a platform under which play is automatically tracked.

In addition, through the signup process, the operator is able to learn a significant amount about its players, at a minimum including age, sex and address, including an email address. This is equally as relevant for tourists who download the app and place bets through their mobile devices. Casinos can leverage the knowledge of knowing which of their guests enjoy sports betting by focusing offers to return around sporting events.

The ability to grow a database further instills the notion that sports betting is as much of an amenity as it is a source of revenue. A quality database from a sports betting operator could have as much value to the operator as the revenue generated by sports betting itself. In addition, if a company chooses to sell, the size of its database could determine the value of the entity, particularly if the buyer is an entity outside of the gaming space, such as a TV network looking to further expand its footprint.

In-game wagering, or any bet placed on a contest that is already under way, has become much more convenient for consumers with the advent of mobile wagering. Bettors can place a higher volume of bets in real time on their mobile devices as soon as they become available, rather than waiting at a kiosk or window several times over the course of one game. Operators that look to offer in-game wagering need to rely on consistent and accurate data feeds to ensure that their product appeals to customers and remains competitive.

Although it has not yet gained traction in legal jurisdictions in the United States, in-game wagering represents a large portion of wagering activity in jurisdictions outside of the U.S., especially in Europe. In-game wagering presents a substantial opportunity for the legal market to compete against the robust illegal U.S. market. Legal sports books offering a wider variety of wagers delivered to customers in a split second can expect to begin to capture a sizeable portion of the illegal activity. It is the transfer of illegal betting to legal betting that remains the greatest opportunity for U.S. books.

As steady data feeds enhance the overall quality of in-game wagering products and result in an increased number of active players, this will open additional revenue streams to operators through advertising and partnerships with media, leagues and individual teams. A plethora of research and empirical data exists illustrating that sports bettors watch more programming for longer periods of time, compared to the average sports fan.

A recent study by Nielsen Sports found that bettors are nearly twice as likely to consider themselves “avid fans” of the game. As such, there is a tremendous opportunity for leagues to bring in more fans that have more enthusiasm about the game by building relationships with gaming operators.

In-action apps such as FanBeat have created their own niche by offering a different experience to their players in the social gaming space that has significantly increased engagement in the events they cover while delivering data to their clients (e.g. sports teams, sports media channels) in a low-cost fashion. FanBeat shared with GMA data illustrating that fans who engage online during a match will watch more than double the time of an average viewer.

This results in the ability for their clients to quantitively see the benefit and increase the size of their own database by tens and hundreds of thousands due to this new type of engagement. Groups like this offer a distinct advantage to operators to allow them to gain customers at a lower cost to ownership while beginning to cultivate a market prior to legalization in a state because it can be played in both a wagering and non-wagering environment.

As operators, leagues, legislators and other interested parties sort out each state’s sports betting market, quality data feeds will likely be one of the more dominant discussion points. This has been demonstrated over the past few months in the states that have tried to legalize sports betting, and even at the federal level. However, the quality of the databases generated by these sports betting apps may be an even more important factor in determining the success of a market for an individual operator.

The ability to attract and retain bettors that exist in a market prior to legalization, as well growing those databases where it is legal today, is invaluable to any operator. Maintaining those individuals and offering them a superior experience to the illegal market is how the legal sports betting market is then able to flourish.