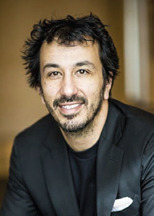 Ask any casino executive what the most important performance metric for slot machines is, and most will answer “performance against floor average” of win per unit per day (WPUPD). For decades, this key data point has been used to rate and evaluate the performance of slot machines and their placement on the casino floor.

However, with the desire to engage a younger player base, a trend of stagnant to declining slot revenues and an ongoing reduction in overall slot positions, there is a new and critical metric for casino operators to consider—the potential for incremental revenue from “net new players” who to date do not gamble, often or ever, at slot machines.

The decline in gaming revenue has led casino operators to implement strategies that create new, less-profitable revenue streams as reflected in the growth of resort-type properties, along with nightclubs, bars and restaurants across the industry.

The key is to attract the younger audience, who frequents the bars and clubs in casinos, and engage them with products on the gaming floor. This will enable casino operators to act on the massive potential of leveraging their prior infrastructure investments to grow their overall profit potential by maintaining non-gaming revenues while increasing gaming revenues at the same time.

Skill-based casino games are the right product at the right time to initiate this engagement with net new players.

If skill-based casino games garner only 2.5 percent of the current slot machine placements, this would create a $10 billion-plus market by 2021. Assuming half of skill-based gaming players would not typically gamble playing slot machines, as a recent survey indicates, and given the difference in age demographics and interests, this would lead to new revenue of $2 billion or more per year for the U.S. casino market. No other opportunity today offers such a large potential expansion of gaming revenues.

Who are these potential net new players for casinos? They are likely under 40 years old today and likely gamers, or video game enthusiasts. Currently, they have no place to gather, socialize and gamble, despite a massive propensity for wagering.

In casinos, it’s fair to say that the money comes from the patrons and not the machines. Slot machines and other gaming products are a method to entertain players in exchange for revenues. As a performance metric, floor average likely represents “moving money around the floor” as existing players are attracted to new products. In this way, a new game, no matter how popular, typically does not contribute to a large increase in gaming revenues.

Consider a modest casino floor with 1,000 slot machines doing a floor average of $250 WPUPD. This results in an overall “win” for the house of $250,000 per day, or approximately $7.5 million per month. Adding a new slot product that achieves a multiple of floor average likely does not increase overall revenue. In fact it more likely represents an optimization of the floor that allows for a reduction in total slot positions. This is exactly what the industry has seen over the last few decades.

Now, imagine the same casino floor if the 50 lowest-performing slot machines have been replaced with new skill-based gaming products—optimally in a dedicated area specifically designed to entertain gamers. The remaining 950 slot machines would then likely see an increase in WPUPD of approximately 5 percent to $263, as the same players will be spending the same money, just across fewer machines. This has been proven with the general reduction in slot positions.

As most skill-based games offer a slower player pace, it is accepted that most of them may not achieve WPUPD similar to the highest-grossing slots.

However, skill-based games can easily generate $200 WPUPD today, and likely considerably higher as these games are optimized over time in the same manner in which slot machine optimization has improved over the last hundred years. The 50 new skill-based gaming positions in our hypothetical casino therefore will generate an incremental $10,000 per day, or approximately $300,000 per month.

The same casino floor of 1,000 positions (950 traditional slots and 50 skill-based games) would now generate approximately $7.8 million per month. Assuming (based on recent market surveys) that 50 percent of skill-based game players are net new players who previously did not have an interest in slot machine games, this would reflect an increase of approximately $150,000 per month, or $1.8 million in new gaming floor revenue per year.

Ask casino executives if they’d be interested in new seven-figure gaming revenues—at the same historical profit levels as slot machines—and the answer will likely be a resounding and unanimous “Yes!”

Casinos have already undertaken a reduction in slot positions to match the declining market and maintain floor average. Thus, there is probably no need for most casinos to have to remove slot positions to add skill-based games. Most casinos could easily add 50 to 100 skill-based games to their floor space, thereby increasing overall yearly revenues by $7 million or more, with a majority of that being purely incremental revenue.

In addition to these new gaming revenues, there will certainly be increased non-gaming revenues as patrons who would not normally visit the casino now spend on hotel, food and beverage, and other entertainment.

Measuring one game against house average to optimize casino floor revenue and profitability is only one way to achieve the desired results, and given the longer-term trends, it is limiting at best. New products, such as video game gambling, attract new players, many of whom are already visiting casino properties but not gaming. Skill-based casino games offer the perfect solution to attract net new players and generate incremental revenue.

Ask yourself… Would you rather have incremental new revenue, and net new players, or another slot machine?