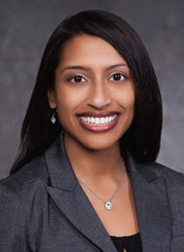 As senior VP of finance and treasurer for Caesars Entertainment, Joyce Arpin holds some pretty important purse stings. With a 10-person team, she manages cash and debt for almost 50 properties worldwide, oversees investor relations, strategizes with financial planners and analysts, and assesses growth opportunities for one of the world’s most influential gaming companies.

The Houston native learned gaming from the outside in, starting in corporate banking for the oil and gas industry, then holding three sequential jobs in gaming divisions, at BoA, UBS and Jeffries & Company. She was especially busy during the pre-recession building boom.

“A lot of companies were borrowing to build,” she recalls. “We put in place loans to fund some of the expansions you see now on the Las Vegas Strip, like CityCenter”—and those you don’t see, like the Fontainebleau.

In 2012, Arpin moved inside—first to Station Casinos, then to Caesars, where she started in investor relations. Later, offered the treasury role, she didn’t exactly jump at the chance.

She’s glad she picked up the gauntlet. “I inherited a great team, but they weren’t doing corporate treasury—they were doing mundane tasks like accounting and accounts payable and really not looking at relationships.

“I took the time to show them what true corporate treasury is, and what I thought was boring on paper actually ended up being revolutionary for the team and the company. We ended up saving a lot of money on bank fees and simply changing the culture, making the team more responsive and collaborative.”

It was a lesson learned, she says: “Being open to new areas helps everyone grow—not just you, but the team you’re leading.”

In her view, successful leaders educate, then delegate. “It takes patience to build a team that you can trust and teach. Then you have to be willing to let go and stop the hand-holding.”

Arpin’s role has grown in importance since Caesars emerged from bankruptcy in late 2017.

“Now we’re trying to attract long-term equity shareholders, tell the company’s story and get our shares trading,” she says. “We’re working with investment bankers to refinance our debt, raise debt to buy properties and also work with our bankers on anything equity-related, to see if there’s anything opportunistic we can do from a transaction perspective.”

Looking ahead, that could mean a berth in Japan, where Caesars will vie for one of the country’s first three integrated resort licenses; an expanded presence in the U.S. online sports betting market; and growth in bricks and mortar at home, including the $375 million Caesars Forum convention facility in Las Vegas, expected to open in 2020.

Asked what she most enjoys about her job, Arpin says, “The strategic side of the balance sheet. That goes back to my investment banking days. I enjoy coming up with new ideas that will benefit the company and then implementing them—making a difference from a financial statement perspective and being able to say, ‘I thought of that with my team.’”