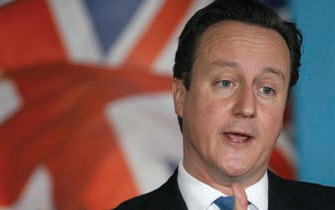 Last month’s victory by Britain’s Conservative Party could finally lead to a resolution to the issue of fixed-odds betting terminals (FOBTs). And with no need for a coalition government, that resolution could come quickly.

FOBTs, first introduced in the U.K. in 2002, have been getting a lot of bad press lately. Government officials are expressing concern about the proliferation of FOBTs in betting shops around the country. There are now more than 34,400 machines in operation, a 75 percent increase since 2005.

According to SBC News, the government is worried that FOBTs, memorably dubbed the “crack cocaine” of betting, are “seriously increasing problem gambling.”

Punters in Scotland bet more than £4 billion (US$6.1 billion) on FOBTs last year, reported the Daily Mail, including £2 billion wagered by low-income Scots. And the Campaign for Fairer Gambling in Northern Ireland says the high-stakes betting machines won £535 million from bettors there in a single year. The crux of the problem is that bettors can bet up to £100 every 20 seconds on the machines, which feature games such as roulette, blackjack and poker and have a maximum payout of up to £500.

Forces throughout the U.K. are pressuring the gaming industry and the government to reduce the maximum stake to £2 per spin “to reduce the harm that this highly addictive product causes,” wrote Derek Webb, Adrian Parkinson and Matt Zarb-Cousin of the Nottingham-based Campaign for Fairer Gambling.

The ABB introduced additional “player protection measures” last November, requiring customers to choose whether they wanted to set a time and/or money limit, SBC reported. And in a grand public gesture, members of the Senet Group (comprised of Corals, Ladbrokes, Paddy Power, William Hill and now Scotbet) have revised their code of conduct and pledged not to advertise FOBTs in betting shop windows.

That may not be enough for local councilors. Last November, 93 councils demanded that the maximum stake be cut to £2. Under the terms of the Sustainable Communities Act 2007, the government has a duty to make a decision on the proposal by November 2015.

With a general election now over, it’s unclear what the Conservatives will do. The question is even more confusing in Scotland because representatives of the Scottish National Party ousted many Labor politicians in the elections.

But the ABB claims that a £2 maximum stake on FOBTs would put 90 percent of betting shops out of business and result in the loss of nearly 4,000 jobs. Moreover, the organization contends, it would cost the Treasury nearly £650 million in taxes.