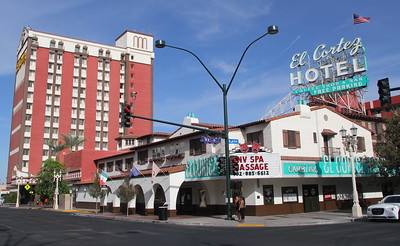 Table game supplier TCSJohnHuxley has said a new roulette side bet offered exclusively by the El Cortez in Downtown Las Vegas has been a hit with players.

Called the Cone, the bonus bet is part of the Richer Roulette game. It is a product of TCSJohnHuxley and Las Vegas inventor Richard Fitoussi, a longtime friend of El Cortez executives and owners.

The new side bet is a bonus to the traditional roulette game. Nothing on the layout has changed with regard to any of the outside or inside bets. Instead, the roulette apparatus itself is different. Inside the traditional wheel is a second wheel; the two spin on independently rotating cylinders. The inner cylinder, the Cone, has bonus icons marked in silver and gold.

The Cone bets are placed on a second set of numbers arranged in a racetrack pattern. Once these bets are made, the dealer announces no more side bets, though players can continue to place bets on the traditional layout until those bets are also called off.

The gold and silver icons are equally spaced on the Cone. The dealer spins it in the opposite direction from the outer wheel. When it stops, each icon is aligned with a number. The player wins when the ball lands in a pocket that is adjacent to an icon and that number matches the number bet on the Cone racetrack.

The higher payouts have been attracting players to the game. By comparison, hitting traditional roulette numbers pays 35-to-1.