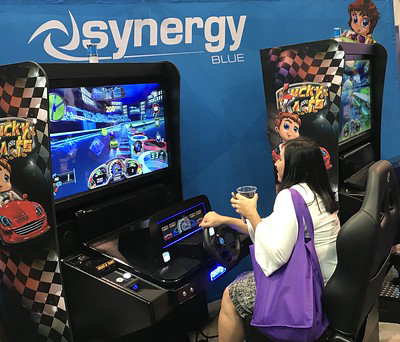 The arcade-style games of Synergy Blue, a supplier of “skill-influenced” gaming machines, have been officially approved for statewide rollout in Nevada, and will go through field trial phases at two Station Casinos properties in Las Vegas, the Palms and Red Rock Casino.

The trial includes a variety of Synergy Blue games that will be introduced into the Las Vegas market via an initial placement of real-money, arcade gambling machines.

“We’re very excited to introduce our games to the Las Vegas market and to be working with Station Casinos,” said Georg Washington, CEO of Synergy Blue. “This agreement marks a key milestone for our company and the Las Vegas market, as we work together to progress the industry with engaging new experiences.”

The machines placed at Palms and Red Rock casinos will feature a variety of skill-influenced games and offer styles for all types of players—including classic gambling games like video poker, as well as a library of new titles like Candy Ca$h, Mahjong and the Safari Match.