Players can’t cash in at social casinos. But gaming operators can and do. 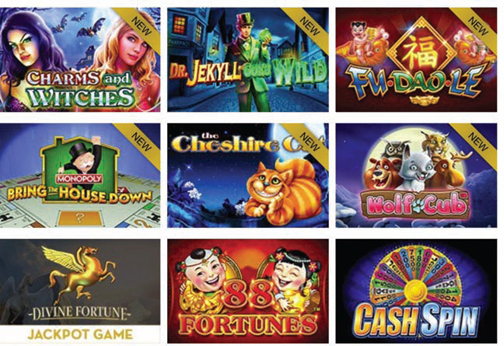 In 2012, when New Jersey lawmakers OK’d real-money internet gaming, many thought it was the first ripple in a wave that would sweep the nation and kick off a giant interstate industry. Some operators launched free-play internet platforms while they waited for the real thing.

But social casinos continue to grow. The digital platforms do triple duty: as branded entertainment hubs, marketing channels, and data-capture tools. Ideally, they lure more players on property. And sometimes, they even make a little money.

Adam Krejcik, principal of Eilers & Krejcik Gaming, says many thought the social casino phenomenon “would not survive as a genre” when real-money gaming stalled. “They thought, who in his right mind would spend real money for virtual coins that can’t be withdrawn? Well, the numbers and the growth of the industry have disproven that thesis.”

While social platforms associated with land-based operations occupy a tiny corner of the $4.5 billion worldwide social games market, there really is a payoff—for casinos and for players.

“Such a solution is not necessarily driven by P&L,” says Krejcik. “It’s more focused on helping to drive land-based play. That’s harder to quantify in terms of impact, but the evidence and research we’ve collected points to it being a complementary service and solution that makes a lot of sense for casinos.”

It’s been a big win for Foxwoods Resort Casino, according to Seth Young, director of online gaming for the tribal enterprise. Young gives FoxwoodsOnline “an A-plus ranking.”

“Roughly 92 percent of new FoxwoodsOnline players aren’t known to the Foxwoods Rewards Program,” which suggests that the social casino is tapping into a whole new customer base, Young says.

Allowing online players to earn on-site rewards has led to a “quantifiable increase in both frequency of visitation and spend at the physical property” among those guests. It’s also “a great asset for new-customer prospecting.”

When the value of social casinos was in question, gaming manufacturers recognized the opportunity, says Dana Takrudtong, executive in charge of digital transformation at GAN. “They watched the rapid development of social casinos on Facebook and mobile apps, and the meteoric rise of revenues.

“The vendors who produced content said, ‘We have these historic libraries and these incredibly valuable games. Why don’t we bring take this IP to our casino partners so they can participate in the marketplace as well?’”

She calls social casino “a phenomenal tool” that extends the house to the digital space, 24/7/365. “Players can be home watching Netflix and shopping on Amazon while playing a social game, and the casino still has the player’s share of wallet, share of mind and share of time.”

“This goes beyond simply providing casino-style games in mobile apps,” says Luisa Woods, vice president of marketing, gaming and entertainment at Delaware North, who previously led the online divisions of Tropicana Atlantic City and Caesars Interactive. “These games are integrated into a deeper relationship with the customer. Casinos can provide features, services and benefits in new ways and get more face time with their customers.”

Ideally, “that open communication channel” will tempt online patrons to become on-site players. “Casinos have hotel rooms to fill, slot machines to be occupied, restaurants they want people to frequent,” say Woods, whose company acquired social casino developer Ruby Seven Studios in 2016. Social casinos, as much as direct mail and other types of outreach, can help make that happen.

So, just who is the typical social casino customer? “We’re stretching into younger generations,” says Woods, “but it’s not squarely centered around millennials at all.”

The demographic is “probably 55-60 percent female, and skews a little older, north of 35,” says Bryan Bennet, senior vice president of AGS Interactive. “It’s the typical slots player you’ll see on the casino floor. It’s a real win for the casino when it gets that player back to the floor—that’s where you monetize the endeavor in gaming as well as food, hotel, wherever you want them to go.”

So what do players get out of these games? Apparently, it’s the same thing that drives other social-media engagement platforms: visibility, validation, and perceived status when they win. That helps bait the hook and keeps them coming back.

“It’s all about developing ways to engage the player,” says Bennett, who came from social game developer RocketPlay when it was acquired by AGS in 2015. “That’s achieved with tournaments, missions, challenges—something every day that gives them a reason to come back and keep playing.”

Players in a social casino environment “are driven by level and overall status,” he adds. “They want to be the most decorated player in that room. We do a lot of live events where people can earn charms or trophies that go on their profile screen. Those things uniquely drive a social casino player as opposed to a normal casino player.”

He stresses that content is king. “We don’t build our own slots anymore, because the games from the AGS land-based team are just killing it,” says Bennett. “We take them and pour them over, one for one, to play as close to the land-based games as possible. That’s what players want, that authenticity. They want the same math, the same volatility, the same journey.

“A good metagame cannot make up for bad content,” Bennet says. “And a bad metagame will not monetize the good content.”

How many social casino players go beyond free play to monetize—i.e., after using up all their free play, purchasing additional tokens or virtual currency to keep the game going?

“It’s a small fraction, typically under 2 percent of the total player base,” according to Woods. “The social casino model is largely built on the concept of scale. If you have a large enough audience, that 2 percent becomes meaningful in terms of a revenue stream.” (Some experts say the number of conversions can be as high as 10 percent.)

Other ways to monetize include advertising, Woods adds. “We can very narrowly target appropriate ads and messages for appropriate audiences, so the likelihood of them benefiting from the message can be much higher. For people who aren’t interested in reaching into their own pockets, casinos can essentially negotiate an exchange of their time and attention for additional coin-back.”

She says gaming companies are “getting better at administering that implied contract, giving consumers more control over when and what types of ads they want to see in exchange for currency and time on device.”

“You can make some money in the space, but it’s not like you’re going to take on the Playtikas and Double Downs of the world,” says Bennet. “It will pale in comparison to what you make on the casino floor. But people are more profitable on-property than off. Social casino is a fantastic contextual marketing channel to reach them and get them back on site.”

Free-play sites will break even “in most cases after a year or two, and in fact even can be slightly positive,” Krejcik says. “Financially it’s not a major windfall, but from a strategic and marketing standpoint, it makes a lot of sense.”

The Future of Social Casinos

If and when real-money iGaming becomes widespread in the United States, will it coexist with social sites? Will the customer groups overlap? The answer to both questions, Woods says, is yes.

“People have different appetites at different times—there are days they wake up feeling lucky and want to wager real money. Some days they just want to be entertained. The day after payday feels very different than the day before payday.”

“It remains to be seen, but we’re of the mindset that social casino is going to coexist with real-money gaming, even if it becomes readily and widely available across the U.S.,” says Krejcik. “Certainly there will be some users and players who switch, because the social game designs are much more casual, social-based, pick-up-and-play. They don’t have any of the pressure or anxiety of winning or losing a bunch of money.”

Not all casino operators have jumped into the social, and that can be to their detriment as players give their loyalty to other brands. But it’s not too late, and according to Takrudtong, it’s not really too expensive.

“It’s unwise to sit out the space when the barriers to entering social, after five years of development by the major suppliers, are incredibly low. The price of entry is effectively three slot machines, and I don’t believe there’s a casino with over 1,200 units on their floor that can’t carve out a budget for three slot machines. In return, they’re putting their games in the hands of players on their own devices.”

As Bennet puts it, “When we talk to casinos these days, the first thing I say is, ‘Your players are playing these games right now. And they should be playing your game.’”

How successful are social casinos in bringing people to land-based properties?

Based on anecdotal evidence and research, social casinos have served as a driver for increased visitation and spend on the casino floor. Richard Schwartz, president of Rush Street Interactive, said they saw their social casino site increase land-based visits by over 20 percent each year and a half, post-launch.

The moral of the story: a social casino doesn’t cannibalize brick-and-mortar, it complements it.

How do social casinos support a marketing strategy?

Brick-and-mortar casinos can market to an engaged social casino audience via highly targeted and highly trackable digital tactics—everything from push messaging and geo-fencing to in-app messaging and email campaigns. These tactics can be easily segmented, A/B tested, and optimized on an ongoing basis to provide the best possible results, even as an audience base evolves.

As part of the SG Universe product suite, customers can utilize Core Systems Integration technology to tie into their land-based systems, which provides a true 360-degree view of the player. Strategic use of this view can empower casinos to serve up communications that answer to the marketing trifecta: right audience, right place, right time. Nothing trumps the importance of relevance.

What demographic is reeled in via social casinos?

What trends should we be watching for in 2018?

Different in-game features and functionalities will pop up that make for a more interesting and compelling player journey. In particular, look for evolution around features that connect people and create communities, as well as those that tie back into the property with offers, tournament qualifiers and more.