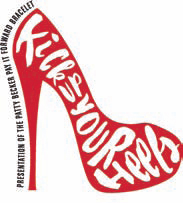 The annual Kick Up Your Heels fundraiser has become a treasured hallmark event on the annual gaming industry calendar. Now produced by Global Gaming Women, the event raises money to support the Global Gaming Women organization as well as its Charitable Education Fund, which provides women throughout the gaming industry with educational scholarships.

To date, hundreds of women have benefited from scholarships awarded from the fund to attend a wide range of educational programs, geared toward furthering recipients’ career paths.

This year marks the event’s ninth anniversary, and will take place on Wednesday, October 10 from 6 p.m to 8 p.m. Tickets will be available at GlobalGamingWomen.org, and sponsorships are also available.

Gaming industry legend Patricia Becker started the event nearly 10 years ago. Becker, who has held numerous high-profile titles in gaming, has often also been in the position of trailblazer, going where women had not yet been in the industry, including serving as the first woman on the Nevada Gaming Control Board. “I found it rather lonely as a female executive in gaming,” she says, “and I wanted to create an event where women around the industry could get together, network, and meet other women, while also raising money for education scholarships so that women could advance their careers.”

“My parents owned a small shoe store in Las Vegas years ago, and it was the only place in town where people could go to buy kids’ shoes, so the idea of a shoe-based theme was near and dear to my heart as we created this event,” Becker says.

No sooner had the curtain gone up on the first fundraiser than both attendees and organizers realized there was a need and a demand for an organization to help serve gaming women’s needs. Soon the AGA was forming a steering committee and Global Gaming Women was born.

Today, the Kick Up Your Heels fundraiser is a major event on the calendar, drawing hundreds of attendees and big-name sponsors. At its core, it remains a fun, nurturing place for women to network, see old friends, and make new ones, laying a groundwork for women to move forward and advance their personal and professional careers.

For the past two years, Kick Up Your Heels has also been a place to honor the “Patricia Becker Pay It Forward Award Recipients,” a group of women selected by the GGW Board for their dedication and service to the organization and to women in gaming.

This year’s honorees are:

Each honoree receives a bracelet made of quartz stones, symbolizing power, energy and clarity. A 14-karat stiletto shoe charm characterizes the recipient’s commitment and strength in leading the way.

Many of GGW’s programs focus on mentorship, and Becker expands on that idea. “At GGW, mentoring combines with networking and education to give women additional skills and visibility. Women need to have advocates as much as mentors, so that as promotions and opportunities become available, you have someone in the room to say your name, someone who will say, ‘She’s ready to be considered for training or a promotion or for the next level.’ At GGW, we are giving women forums in a supportive and non-threatening environment, so they can move forward.”