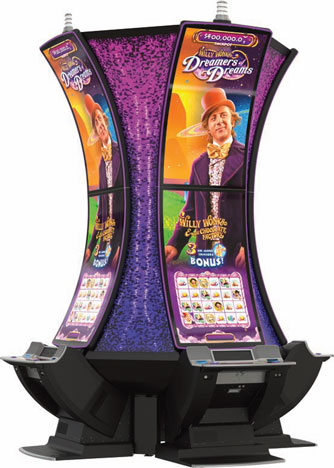 The company has been a one-stop shop for the gaming industry.

Earlier this year, Scientific Games announced that it intends to shed its lottery and sports betting divisions, to concentrate on content and to reduce debt through the sale or spin-off of both valuable businesses.

Matt Wilson, group gaming CEO for Scientific Games, notes that the move is a logical reorganization of the business.

That, he says, is because content is at the core of everything SG does, from casino slots to table games to systems to online gaming.

“The common thread across all of those products is great content,” Wilson says. “Great content is what you need to win in all those different channels.”

Wilson, formerly president for the Americas at rival slot-maker Aristocrat, joined SG in March 2020 at the invitation of Barry Cottle, president and CEO of Scientific Games. Under Cottle’s leadership, Wilson has assembled what he calls his “dream team” of veterans and colleagues, to produce that great content. 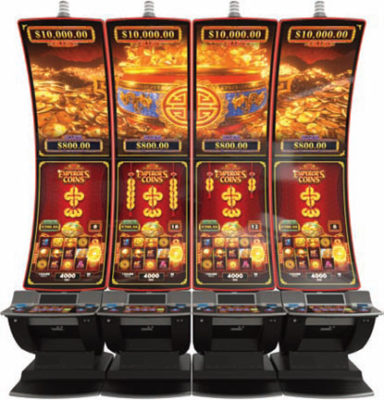 There’s one item visitors to Scientific Games’ G2E booth, not to mention visitors to casinos, are not going to be able to miss this year: the company’s new Mural slot cabinet.

Launched in April, the Mural features dual stacked 55-inch 4K curved monitors—that’s 110 inches of game real estate, the most in the business—in a presentation that rises 11 feet, and gives game developers a vast canvas on which to work.

But the visual impact is what sells it. Looking at a bank of Mural games from across the floor “creates a billboard on the gaming floor,” says Nathan Drane, Scientific Games senior vice president, global product management. “You can see it from a distance—it draws a crowd, it creates excitement.”

For the first game suite designed for the Mural, SG has brought out its biggest guns. The first two games are Willy Wonka: Dreamers of Dreams and Emperor’s Coins—88 Fortunes.

“The cabinet brings to light some of our biggest brands and franchises,” says Drane. “We’re cultivating our brands. Willy Wonka is one of our strongest licenses to launch this new cabinet, and we’re

The Willy Wonka game uses every inch of the massive display for the player-favorite “Super Oompa Loompa” feature, including a multiplier reel that stretches all the way to the top. A giant Wonka Double Wheel can award a credit prize and a multiplier, and Fizzy Lifting Free Spins feature a reel set and wilds that float up over the display.

Emperor’s Coins, the latest version of the iconic 88 Fortunes series, leverages one of the company’s most successful internal brands. “This is one of our strongest brands of all time,” Drane says. “We’ve taken it from Dancing Drums to Emperor’s Coins… The great thing about this brand is understanding the intrinsic value and what the players are seeking in 88 Fortunes, and taking that to this big cabinet format.”

This includes the largest pot-style feature you’ll see, from anywhere across the casino floor. That’s the popular game mechanic in which symbols collect in a pot that swells until randomly bursting with credits, wilds or bonus events.

“In Emperor’s Coins, you fill up the pot every time you land a wild; players are very familiar with that mechanic,” says Drane. “This is the biggest pot we’ve ever done— this can scale from one machine to two machines, from three machines up to four machines, and the pot just gets bigger. So this is creating an event for the gaming floor, but also excitement for the player in front of you.”

Scientific Games will bring six titles to G2E on the Mural presentation. 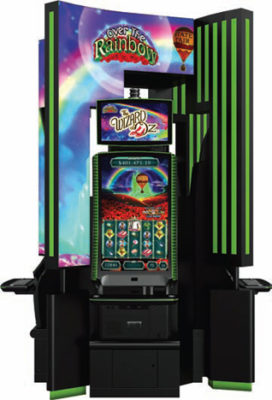 The launch of the Mural and its games follows last year’s big cabinet introduction, the Kascada upright portrait cabinet, which is completing its rollout this year in North American, Asian and Australian markets.

Dedicated Kascada games already in the field include Coin Combo, which has typically occupied high positions on the Eilers-Fantini performance charts.

Coin Combo is billed as the “next generation” of 88 Fortunes, and specifically of the Duo Fu Duo Cai series. It includes all of the familiar elements, including the Fu Babies (“You can see the babies are actually a little more mature now; they’re growing up,” laughs Drane), Wealth Pot, and Jackpot Feature, but with new enhancements. For instance, players now have the opportunity to level up the jackpot awarded and possibly win a double Grand jackpot.

Also, the “pot” feature is enhanced in Coin Combo. Instead of one Wealth Pot, there are three, and each pot corresponds to a different free bonus event.

The four initial titles in the Coin Combo series are Hurricane Horse, Carnival Cow, Marvelous Mouse and Terrific Tiger. “While the pot feature is the same across all the games, each has a unique mechanic—a hold-and-spin, a multiplying multiplier, a persistent wild, a pick-one chase,” says Drane. “You can place all four games on your floor and get different experiences out of each.”

Another new Kascada game is 5 Treasures Explosion. The 5 Treasures game was originally part of the Duo Fu Duo Cai series. “We’re bringing it to the wide-area progressive space on the large-format cabinet,” Drane says.

Drane says that in addition to Kascada, the game can go on SG’s other large-format cabinets, the V75 and the Wave XL.

Also on the Wave XL and the Gamefield 2.0 cabinet is a new entry to SG’s Monopoly franchise, Monopoly Cheaters Edition.

“The host, Monopoly Man, actually helps you cheat in the game,” says Drane. “And the benefit of it is he always helps you; he makes the outcomes better. He might take the dice away and give you higher-scoring dots. He might move you along the board. He might give you a jackpot. He’s going to change your base game. This brings more fun to Monopoly.”

Another Monopoly title on the Kascada is Monopoly Money Grab, which combines a persistent cash bag feature (similar to the pot mechanic) and a hold-and-re-spin feature with cash-on-reels symbols.

But the real star is the Monopoly Money Grab Bonus, which randomly spews dollars out of the “Monopoly Cash Jar” for the player to snatch. “This is really resonating with players,” says Drane. “They are very familiar with that mechanic, and it adds another dimension to Monopoly.

“When people see Monopoly, it’s good brand equity. But what’s also important for us is to build the next brands. How are we going to innovate, create new themes, and create something that players love? That brings us to Cash Falls.”

Cash Falls brings the hold-and-re-spin feature right to the base game, in the form of the player collecting coin symbols that include credit awards and jackpots, which stay on the reels for as long as more land in a three-spin persistent feature. When the coin icons fill a reel, they “fall” out to award the accumulated value.

It also has a novel reel setup in a ways-to-win format. The first two reels have four symbols each; the third and fourth reels, six symbols; the fifth reel, eight symbols. This results in 4,608 ways to win.

Finally, SG is launching a new title in its other mega-franchise, The Wizard of Oz. Called The Wizard of Oz Over the Rainbow, familiar game mechanics are here joined by cash on reels, a persistent “bubble” feature, and a must-hit-by jackpot.

Scientific Games’ other big product rollouts at G2E involve innovation in the electronic table game area, as well as systems and utility table products. There also is an intriguing new sales model for live table games.

According to Rob Bone, senior vice president, global systems and tables for SG, those eight ETG games represent an expansion.

“We hadn’t offered every type of game to make our Quartz cabinet a full-floor solution,” Bone says. “Now we have craps, we have our additional proprietary table games, and we have new games like Roulette X—a roulette game on steroids. We’ve basically taken a standard roulette game, which pays 36-for-1, and remapped the math to give the player an enhanced bonus experience. So on every spin, randomly anywhere from two to six numbers will be selected for anywhere from a 50X to a 1,000X multiplier.”

Also on the table side, a new shuffler called MDX is being launched, and SG has initiated a subscription service called VALT, which allows operators to pay one regular subscription price for any and all SG live table games.

On the system side, the big emphasis at G2E will be on the seamless Unified Wallet cashless solution, but also on a new promotional module that works within SG’s casino management systems called Player Boutique. “Every year, our customers spend $800 million in gifting services—‘Come in and we’ll give you a bottle of wine; come in for a vacuum or an air fryer,’” Bone says. “People come in and stand in line for gifts, and when they’re in line, they’re not playing. We’ve integrated the gifting into the game.”

Player Boutique uses the iVIEW 4 display on SG terminals to give players options for their gifts. “Players can redeem gifts through the game in a system that is integrated with Amazon, and the gift is shipped to their house within two days,” Bone says.

The Player Boutique system also can use the on-screen display as an enticement to earn more points: “Play to this level and get this gift.”

Momentum, in fact, is something being seen across Scientific Games’ product mix. Wilson gives all the credit to his team.

“We have a very unique business because there are so many people that come from very diverse backgrounds—a lot of former WMS employees, Bally employees, Shuffle Master, Aristocrat,” he says. “It’s a melting pot of all those different ways of doing things. And we’re figuring out the best ways to unlock all of that talent.”