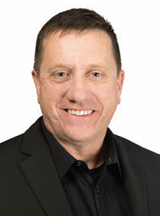 In the modern slot industry, there have been many stories of success from executives that came to casino gaming via the video game industry, and the larger tech industry. Tim Bucher fits into both categories.

Bucher, who joined Scientific Games Corporation last May as chief product officer, has a video game pedigree stretching back for decades. Among many highlights, he led the rollout of the Xbox system while a vice president at Microsoft, and before that he worked with Electronic Arts founder Trip Hawkins.

A computer and electrical engineer with an MS in computer architecture from Stanford and more than 40 patents to his name, Bucher also had a distinguished career with other Silicon Valley tech firms, from Apple to Lyve Minds to Seagate Technology.

“I’m new to this gaming industry,” Bucher comments. “I have a lot of gaming background, but it’s in the video game world. It’s a different kind of gaming, but nevertheless, it’s about entertaining the players, and that’s something we’re very passionate about at Scientific Games.”

As it turns out, with his background and skill set, Bucher arrived at Scientific Games at precisely the right time, as the gaming supplier solidifies its status as an end-to-end supplier of not only slots and table games, but in four divisions spanning the industry: SG Gaming, SG Social, SG Lottery and SG Digital.

For the coming year, SG Digital may be the big story for Scientific Games, which has solidified its status as a premier supplier of sports betting technology just as the U.S. sports betting market heats up following last year’s removal of the federal ban on sports wagering. Already owning the industry’s top sports-betting platform in OpenBet, in October the company announced the acquisition of Don Best Sports Corp., a leading supplier of real-time betting data and pricing for North American sporting events.

Bucher says the recent acquisitions put Scientific Games in a prime position to both steer and benefit from the spread of sports betting across the U.S. over the next few years. “We have an end-to-end solution ,” he says. “With our most recent acquisition of Don Best, we have the top-tier players in the whole ecosystem. I think we’re in a very good position.

“We’re in discussions with every single state and with the go-to-market players that are there… I’m super bullish on our digital offering, and I think that’s going to be a real driver for us moving forward.”

Bucher says the opportunity in sports betting is only one prominent growth area ahead for Scientific Games. He says that while he doesn’t dictate what the priorities should be for the four business units, he works with each unit head on new technologies that will enhance the company’s overall offerings. He works a lot with the games division to enhance what the slot machine can do, citing this year’s introduction of Pepper’s ghost technology in the new “Die Another Day” Bond game as the latest example of outside-the-box thinking he encourages.

Near term, says Bucher, look for Scientific Games to continue to exploit its capabilities in the growing sports betting arena. At the Global Gaming Expo, the company demonstrated technology that will allow players to make sports bets at the machine, through the iVIEW DM display system.

“Our customers are very excited about it. Because of our iVIEW DM technology, and because of the platform we have with SG Digital, we’re in the best position to help grow that for our customers.”

Beyond that, Bucher says the company will continue to examine opportunities to create what he calls the “omnichannel experience,” extending interaction with customers beyond the slot machine or table game to anywhere in a resort, including via mobile applications.

“There are a lot of great opportunities there for the players themselves, and for the operators,” Bucher says. “It’s about a spark—about finding new business opportunities.”