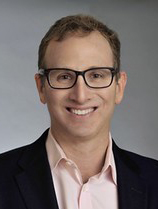 Richard Schwartz co-founded Rush Street Interactive in 2012, before any online gaming was legal in the U.S. Initially RSI focused on social gaming, but it ramped up quickly as online gaming was legalized in New Jersey in 2013. When PASPA was repealed and sports betting was added to the menu, RSI spent time getting their app right, and today it is one of the fastest-growing apps in the industry. RSI recently was approved for mobile online gaming and sports betting in Connecticut and New York, where it already operates the most successful retail sportsbook in the state. Schwartz spoke with GGB Publisher Roger Gros at G2E in Las Vegas in October. (View Video of this Podcast Below)

GGB: Rush Street Interactive has been doing some real interesting things since the last time we talked. You had a very successful year. Tell us some of the milestones that your company hit.

Richard Schwartz: First of all, the financial highlight is that we went public in December. Every quarter since we went live, we’ve been able to beat the market projections and raise our projections. We’ve been able to progress a lot of our efforts to diversify our business. We’ve not only grown casino—which we’re known for—we’ve also been growing our sportsbook business as well, which is exciting. Secondly, with market access, we announced five new deals in the last year. We’re about to launch in about five new markets. So we have a lot of expansion.

We also really focused on responsible gaming this year, something we’re really proud of as well. We’ve put a lot of effort into that. And then the last thing I think I’d mention is just the product enhancement; we came out with a new app, and it’s working great. And features and enhancements we’re making to the user experience are something that we’re really excited about.

Congratulations on winning the New York license. The big prize is of course California, where there are least two competing sports betting referendums that will go on the ballot in 2022. Are you actively involved in any of those efforts at this point?

No, currently we’re not. We have a very well-established government affairs team that’s very involved in all aspects of lobbying around the country. At the current time, though, we’re evaluating different strategies for that market. We haven’t committed to any strategy. I think there’s a lot of dynamic parts moving there, and for us it’s important to evaluate and assess each opportunity and be very careful and cautious of what we do before we commit to a strategy. So, right now, we’re sort of neutral.

Michigan was a big success for RSI. How have the operations been going so far?

It’s great. We’re No. 4 in online gaming revenues there. Online casino has always been a strength for us there, and we’re really the strongest of anybody who doesn’t have the existing database. We’re doing it from scratch, and we’ve been able to show that we’ve been growing market share pretty consistently in that market.

There have been a lot of big mergers in the iGaming business. Golden Nugget was bought by DraftKings, and plenty of other deals that we could mention. RSI seems to be in a really good position, if you want to be acquired. Is that part of your goal?

No. Our goal is to build the best user experience you can, for casino and sportsbook. To constantly improve it, so that it gets to the point where we offer something that is unique in the marketplace. We’re focused on building the business and running it. However, obviously, there are rumors like this all the time in our industry and right now our name is coming up quite often. It really goes back to why we built the business, why we’re focusing on things like market access, building in-house platform technology, which is very important in this industry. We have a casino focus, which a lot of companies are now recognizing as important. But at the end of the day, this is a very early stage of this industry. So, it’s exciting to hear that, but we’re just building this business to run it.

This market is super-competitive right now, with all the players throwing money at the customers and pulling out all the stops when it comes to advertising. How long can this keep up? Is it sustainable?

No, it’s not sustainable. It’s going to have to rationalize at some point. The investors won’t let companies market and bonus at these levels forever. And I think when that happens, though, RSI is going to shine even more. Because we are doing things, right now, fundamentally the way they should be done long-term.

When you go from bonusing your players at 80 percent, and you go down to a more sustainable level, those players are going to notice that difference and may no longer play with that brand. So for us, it’s about earning the players’ trust because we’re doing the right things, we’re treating them well. And I don’t think what you’re seeing right now is sustainable. I don’t know how long it will last, but at some point, it will change.

We do think so. I can tell you, I get more calls from our peers in our industry, all talking about how we’re going to legalize online casino markets, like Illinois and other markets around the country. But you have that land-based casino support, which didn’t exist in the past, pushing in a positive way. You have the state governments realizing their revenue base would be much larger for casino, and I think the need for additional tax revenue is going to spur some positive momentum.