If you think nothing is happening with online gaming, maybe you aren't paying attention 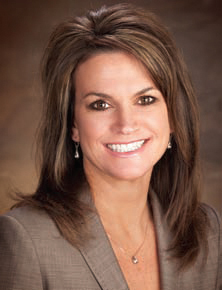 Sorting through various industry blogs, news sources and articles these days, one might incorrectly conclude the issue of online gaming has completely come and gone in the U.S.

New Jersey has not achieved its over-inflated estimates (not surprising), Delaware and Nevada have been underwhelming, legislation has yet to move forward in large gaming states like Pennsylvania and California, and iGaming opponents have proven to be more formidable than industry advocates initially gave them credit for.

Despite these observations specific to real-money iGaming, the reality is that a great deal is happening relevant to online—it’s just that the shifts have been in segments perhaps not so immediately evident to the casual observer. While real money is unquestionably struggling to find its footing, significant initiatives and progress have been made “along the margins,” most notably in such segments as social gaming, skill games and increasingly now in fantasy sports.

Add to this the volume of M&A activity that has occurred as of late, and it is clear that while political volleying and technical complications have helped delay further real-money legislation, the industry has kept itself busy behind the scenes, crafting the infrastructure that will guide and shape online gaming—in all its forms—throughout the upcoming decade.

As evidenced by the various articles I have authored throughout the past several years, I am openly in the camp that asserts the expansion of online gaming is inevitable, in large part because technology is difficult to restrain. Global society is progressively more reliant upon internet, mobile and social media sources for news, research, travel… and yes, entertainment.

Every industry must constantly evaluate new verticals of growth using these channels, and gaming is no different. So while real-money casino-style gaming has hit a roadblock (or two), it only follows that providers and operators are continuing to expand the broader industry through periphery online offerings.

Tony Cabot, a prominent international gaming attorney and partner at Lewis Roca Rothgerber—and one of my co-producers for the iGaming North America Conference—has been vocal about his pessimism regarding real-money gaming legislation as of late. Yet when it comes to advancements in related verticals, his view is much more positive.

“We are seeing significant movement in related online segments such as fantasy sports at this juncture,” Cabot stated. “The industry isn’t standing on the sidelines waiting for the political environment to regain the momentum for real-money iGaming it had a few years ago. Instead, they are focusing on the related opportunities that are available in the here and now. It is indeed a reality check for the industry, and I am not sure everyone is paying attention to how significant these progressions are.”

Other industry advancements are stemming from the surge in M&A activity. Two years ago, Scientific Games, WMS, Bally and SHFL entertainment were all industry heavyweights and stand-alone competitors. Today, they have been streamlined into a single organization with global reach, gaming and lottery expertise, and some of the most diverse offerings available for land-based and online.

The same can be said of the GTECH and IGT integration, and many other recent announcements. There is no question that the future of the industry will be impacted by the consolidation of the major providers, with efficiency of operations, commitment to innovation and convergence between gaming and lottery—and land-based/online—certain to be at the forefront of the discussion.

Advancements in online are indeed happening. It’s all in how you look at it.