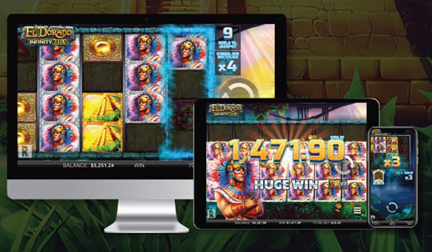 In New Jersey, internet gaming win through the first seven months of 2020 topped $510 million, propelled in large measure by more than three months of casino closures during the coronavirus. It’s the closures that piqued interest among other states to consider this avenue as a way to help close revenue gaps.

Even without the pandemic impact, the same seven months in 2019 produced almost $256.8 million in iGaming revenue in New Jersey. Indeed, the state’s successful entrance into that market sparked a change in direction for Spin Games, the Reno, Nevada company that began in 2013, developing slots for land-based properties.

“With the approval of iGaming in New Jersey, we shifted gears and developed both content and technology specifically for this segment,” says Spin Games CEO Kent Young. “With new markets opening up, this has now become our core business.”

Golden Nugget has created perhaps the most successful online component to its gambling portfolio in Atlantic City. Its $181.6 million in online gaming revenue year-to-date is well ahead of its nearest competitor, Resorts Digital, at $106.9 million. Golden Nugget offers a mix of games available in brick-and-mortar casinos and those developed just for online casinos, says Thomas Winter, senior vice president and general manager of Golden Nugget Online Gaming.

“We want the online slot experience to feel authentic, therefore as close as possible to the land-based slot,” Winter says. “If a game designer can create the same graphics as a bricks-and-mortar slot, they’ve done a fantastic job.” 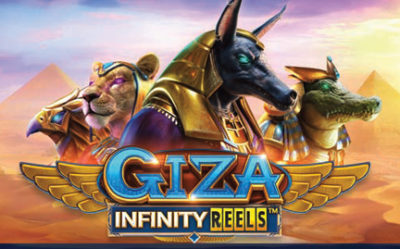 Even with familiar games as part of the online landscape, differences emerge between land-based and internet games. For one thing, brick-and-mortar slot cabinets are far more powerful than any personal computer or mobile device, Winter says. The power differential affects the characteristics of the game.

Just as important, in land-based games, the technology base is generally proprietary, whereas in the online space, there’s third-party technology—browsers, phones, apps, etc.—that require development to cater to such characteristics, Young says.

“We build for hundreds of potential personal devices on multiple browsers versus a standardized cabinet,” says Dave Johnson, chief commercial officer of ReelPlay, the Sydney, Australia company whose expertise lies in designing online games, but whose team boasts years of experience in land-based game development.

Unlike traditional slots on a casino floor, there are different screen sizes to design for, says Dermot S. Smurfit, CEO of GAN, a developer headquartered in London. And online game designers need to account for other modalities such as bandwidth, file size, choreography, and resolution and sound capabilities.

From ReelPlay’s perspective, every ingredient matters. “The completed game has to exceed the sum of its individual components to be engaging for players. Player experience is at the forefront of every game we produce,” Johnson says.

On land-based games, developers might exaggerate the sound in the cabinet to cut through ambient noise on the casino floor. “That same frequency online might irritate the eardrums,” Johnson says. “In general, this means you can focus on a richer soundscape for online games.”

Regardless of the differences, both types of casino games rely on the same strength to draw players: entertainment value.

Online slots flourish if they include innovative bonus features and themes that resonate with players, Winter says. Unique bonuses are emerging in new game designs, such as Megaways and the Infinity Reels series.

“Typically, we use different math models to permit our clients to choose what return-to-player percentage to run the game at,” Smurfit says. “You can also offer a choice of control panels online, which you cannot do in retail with fixed button panels.”

Control panels speak to the way the games display the bet/spin/bonus on an online slot, versus the static physical buttons on a slot machine.

For all the differences, what works in a land-based environment is a good starting point for many design studios, Johnson says.

“The more familiar the game on the casino floor, the better the game in the iGaming sphere,” Smurfit says. GAN has converted electronic game machines into online versions for Everi, Ainsworth, Aristocrat, Konami and DEQ Systems Corp., among others. The online games have the same rules as the retail versions.

But there’s also plenty of evidence to suggest the opposite when you consider the success of popular online-first mechanics, such as the Infinity Reels series, Johnson says.

“A complexity faced by some studios when they consider bringing an existing land-based game to the internet, I expect, would be whether they represent the game math exactly as it is in the physical world, or that they choose to make subtle changes to ensure their game competes in the online environment.”

Physical machines have a much narrower target audience compared to the wider demographic in the online world, Johnson says. “ReelPlay games are translated into 20-plus languages at last count.”

Online games offer more content choice than those in land-based casinos, thanks in large measure to the ease of content publication. “On any given day, there will be new choices in online casinos. The pace of change in the physical world is slower,” Johnson says.

For online studios, such choices mean designing games with stamina that people want to play over the long term. “Players won’t walk to the next bank of machines in a casino as frequently as they’ll simply click on another game in a virtual lobby and be spinning something else within seconds,” Johnson says.

As a result, the marketplace for these kinds of games differs. “iGaming attracts a younger, more male-centric player than games in a land-based casino. We’re also seeing a lot of traditional sports betting players,” Young says.

Intense animations and video are harder to achieve online, as games are delivered remotely to a device. “It’s a delicate balance for designers to get online games right,” Winter says.

Still, devices are getting quicker, and more of them have built-in graphics chips that let designers push the technology envelope a little more. For example, Spin Games designed “NBA Last 60,” a virtual basketball game that uses historical footage instead of animated sequences, Young says.

“Another difference for players is time spent on the device and the average wager,” Winter says. “Land-based players can only visit casinos so many times, while they always have their phone with them. They’ll play online more often and will expect more time on device for the same spend, leading operators to offer slots with a higher return.”

Typically, land-based operators retain an 8 percent to 9 percent hold on slots, while online operators will keep only 4 percent to 5 percent.

When all is said and done, Golden Nugget and other casinos in the online gaming universe don’t compete with land-based casinos, Winter says. “We’re competing more with other forms of mobile entertainment, from Candy Crush to Netflix.”

“Just released in Europe is our debut Radial Reels game, where the reels are represented in a circular style all on screen at once and offering huge multipliers up to 300X,” he says. “The open-mindedness of the online community allows for that kind of innovation, if not demands it.”

El Dorado Infinity Reels takes online slot playing to a new level. Developed by ReelPlay, each spin of the reels provides the chance to add an additional reel, re-spin and a multiplier. Keep hitting winning combinations, adding reels and increasing the multiplier, and you edge closer to the jackpot prize. The bonus feature introduces a layer of strategy where the player chooses among three options: Store, Gamble or Play. Increased feature levels award players with multiplier increases of +2, +3 or +4 per new reel added.

Lots of options, all from the comfort of a mobile phone.

For online gaming enthusiasts, El Dorado comes close to the type of progressive jackpot games available on casino floors for years. And after all, isn’t closing that gap one of the hallmarks of online gambling’s success?