Will Japan’s gaming industry be a boom or a bust? 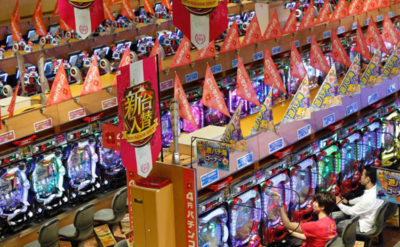 Japan may look like it will be a sleeping giant in 2019, but the upcoming year may prove to be the most critical year in Japan’s march toward integrated resort development. Japan took a major step forward this year with the passage of the IR Implementation Bill and the Basic Bill on Gambling Addictions Countermeasures.

Next year will be one of the more critical years in the process as Japan contemplates the largest land-based gaming opportunity since Singapore in the mid-2000s. While outside observers may not see significant progress, a regulatory framework will be established in 2019 that will likely include more than 300 regulations. These regulations will determine the true market potential and scope of Japan’s three integrated resorts.

While some groups initially put forth obscure estimates that the market would be as large as US$40 billion, the opportunity continues to be further refined with the passage of the IR Implementation Bill, which imposed the following key regulatory items:

As Japan’s Casino Control Commission contemplates the items included within the 300-plus regulations, over 20 operators will continue to show interest in the opportunity and over half of Japan’s prefectures will continue to position themselves as the best host markets. As more potential regulation is uncovered, the market’s true potential will be further understood. Responsible operators will need to pay close attention throughout the year to understand the details and legislative intent behind the IR Implementation Bill and lobby to help formulate any regulations that are made in the coming year.

Interested parties will begin handicapping the potential location of each IR opportunity and either fine-tune, reposition or implement a ground game to position themselves for each opportunity.

While many companies have opened offices in Tokyo, Osaka, Sasebo, Tomakomai and other locations, this coming year will be instrumental as operators begin to develop and formalize partnerships and relationships at the local level while formulating their IR teams. Many of the larger operators will continue to enhance the teams they already have in place, but those operators that are just entering the market’s ground game phase will need to make up for lost time.

Responsible gaming measures will also be a key consideration in 2019. As these plans are still being developed by the government, stakeholders will work to ensure that any responsible gaming programs in Japan are evidence-based and should focus on all (IR-based and non-IR-based) forms of gambling including pachinko and pachislot. This process will also require the training of professionals to address the small percentage of the population that may develop a problem with gambling to make sure a safety net is available.

While the first integrated resort in Japan will not likely open until at least 2025, 2018 will prove to be a defining year in determining the future of the market. The partnership between the Japanese government and potential operators will be key in determining the future success of what will likely be Asia’s second biggest gaming market. All of this will be a catalyst in establishing an extremely competitive RFP process into 2020. Let the race begin.