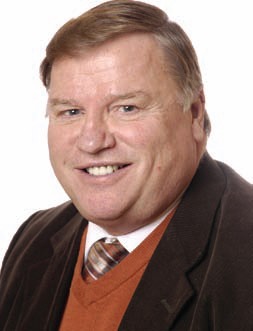 Tom Brosig was one of the founders of Grand Casinos, a company that was born developing Indian casinos in Minnesota and later shifted focus to the Gulf Coast’s floating casinos in Mississippi, before being purchased by a predecessor of Harrah’s Entertainment in 1998. Brosig retired after that buyout, but the devastation of Hurricane Katrina brought him back to the industry with a desire to do something to revive the region. He has spent the last few years looking for the right opportunity to develop a new property on the Mississippi Gulf Coast, and finally found it with the Margaritaville Casino and Restaurant in Biloxi. He spoke with Global Gaming Business Publisher Roger Gros from his offices in Biloxi in June. To hear a full podcast of this interview, visit ggbmagazine.com.

GGB: You’ve been looking to develop something in Mississippi ever since the storm. What was that process like?

Brosig: Well, when I retired, I retired. So in 2003-2005, I really was just enjoying life. Once Katrina hit, it changed the dynamic for a couple of reasons. First of all, this is my home, although I am from the North. It was my first experience with total wipeout of a community. I grew up in tornado country, and tornados are devastating, but it’s just a swath. It doesn’t run for 100 miles. It was amazing to me. My initial reaction was to leave. I thought, “Who needs this stuff?” But my wife is from here, and she said, “You’ve got a lot of talent, and we need you to help rebuild this community.”

So I started looking around at great pieces of land that couldn’t be developed before the storm. And I noticed that there were some really nice pieces of land here that could be really great casino space. I settled on the site we ultimately developed, and started the process of accumulating the land and getting that ready to develop. At one point in 2006 I thought I had a deal with Margaritaville, but they got a better deal from Harrah’s.

In the meantime, we had the banking crisis, the real estate crisis and finally the oil spill. It was very, very tough going. It was almost impossible to get money. It wasn’t like the old days, where if you had a great project and a great location and you had a good management team, people would be all over the place to help you out.

So when the Harrah’s deal with Margaritaville collapsed, I decided that it was worth taking another run at Margaritaville. Long story short, we got it all done, we have a 20-year brand agreement, and we now have a property that Mr. Buffett loves. It doesn’t hurt when the talent likes your property; it becomes more than just a brand.

You were talking about the difficulty of raising finances. How did that go through?

Again, I took a non-traditional approach. I said, there’s no way—given the laws of the state of Mississippi, in terms of what they require, in terms of matching gaming and non-gaming—that I could afford all new equipment and still meet that match.

So what I did was break it into three pieces. I have some of it financed through operating leases, as opposed to capital leases. I have some of the finance through senior debt, and I have some of it financed through equity. And then by keeping the off-balance sheet stuff off balance sheet, it made my equity requirement less because my debt requirement was less. So I determined, at the beginning, once I designed the property, I tried to figure out what is the most I could get in debt on a project like this.

When you’re an entrepreneur, you have to go to family and friends. So, my family couldn’t help; my family’s never had any money. So I went to my friends. Over 20 years, I’ve known a lot of people, I’ve made a lot of money for people in my life, and I’ve done turnarounds, and fortunately, many of those people remembered me, believed in me, and decided to take a flyer on me. So with that, I was able to secure through 20 or 22 people the amount of money that I needed to fulfill the equity piece, and then I fulfilled the equipment lease piece, and then the last piece I locked in was the debt piece.

What’s the total investment on this property?

Who is your market? Is it visitors to the Gulf Coast or the locals?

We think we appeal to both those segments. I mean, look, I can’t compete, either by bankroll or by size of amenity package, with the Beau Rivage or the Hard Rock or IP. I mean, they have more rooms, restaurants, golf courses; they have all kinds of attractions.

I don’t have that stuff. So I have to compete with what I have to compete with, until I get a chance to develop that stuff. Much like I did at Grand Casinos years ago. And we did it with great service, good food at really low prices, and very, very favorable slot holds. And you know, I believe that over time—and it’s been 20 years since we rolled that model out—there is a segment of customers in a stable market that will long for the good old days. And so that’s what I’m going after. And I believe, because I’m not overly leveraged, and because I have time to develop this model, that I’m pretty much protected, and I have the time and the patience and the knowledge to do that.