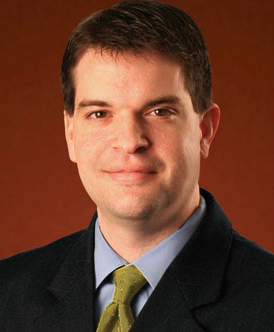 Bobby Soper is a member of the Mohegan tribe and has been an executive with the Mohegan Sun organization since 2001. He was the first president and CEO of Pennsylvania’s Mohegan Sun at Pocono Downs and was named to the same position at the tribe’s flagship casino, Mohegan Sun in Connecticut, last September. Prior to operating the Pennsylvania casino, Soper was senior vice president of administration at Mohegan Sun and was legal counsel for the Mohegan tribal government. Connecticut’s Mohegan Sun just announced a new retail mall that will connect to the existing shops at the property, along with other changes. Soper spoke with Global Gaming Business Editor Frank Legato at Mohegan Sun in April. To hear a full podcast of this interview, visit www.ggbmagazine.com.

GGB: What’s it been like since you returned to Mohegan Sun in Connecticut?

Soper: It’s been great. I’ve been reunited with many of the team members with whom I worked closely before leaving for Pennsylvania almost eight years ago. The transition has been great and I’m happy to be back in Connecticut.

In Pennsylvania, you ran one of the most successful casinos in the state. Is it a challenge to come back here to a market that is struggling?

This is still one of the premier destinations in the United States. Perhaps I’m a bit biased, but I think it’s the most exciting casino destination in the country. Anytime you have the opportunity to work in an environment like this, you take it.

It is a challenging time. It’s a difficult economic climate. Competition has grown, but we still continue to be one of the most successful casinos in the world.

What is the chief reason for the recent revenue slump at Mohegan Sun and in Connecticut in general?

The economy is the primary driver. In most markets, we’ve seen declines reflective of the fact that we’re in challenging economic times. The consumer mindset has changed. They have fewer discretionary dollars to spend. Competition has also been impactful, especially as it relates to casinos opening up in New York. We’ve gotten more strategic and more productive and feel good where we are right now.

There’s more competition coming on in Massachusetts in several years. Do you think Mohegan Sun has enough non-gaming attractions to appeal to the overnight and weekend customers?

We think there are lots of differentiators. We have not only one of the best entertainment venues in the casino industry, but overall venues. We are one of the premier entertainment venues with our arena in the Northeast. I doubt if any of the Massachusetts casinos will be able to match this venue. And when you add our food and beverage, retail, and other non-gaming amenities, I don’t think anyone will be able to match us.

What have you done since you returned to turn things around?

I can’t disclose what we consider trade secrets, but we’ve focused more on our analytic strategies, which get even more sophisticated with the depth of our data. We’ve always used this data wisely, but we’ve stepped it up recently. We’ve become more specific in analyzing and leveraging that data.

Culturally, we’ve begun to loosen up. Times have been challenging in the casino business over the past few years, but we’re ready to have a little more fun.

Have you been able to use the Pennsylvania property, and now the property in Atlantic City, to cross-market the Mohegan brand?

There are many more opportunities to get the message out to our customers. We can leverage the destination here, starting with the top-notch entertainment and our great amenities that Pennsylvania doesn’t have. And it’s not uncommon for our Connecticut guests to visit Pennsylvania or our new property in Atlantic City, where we manage Resorts. Our customers are able to use their players club points at any of our three properties.

You’re hoping to add a fourth property in western Massachusetts. It’s a bidding process, so what do you think your chances are there?

It’s a competitive process, but we think we have the best site and proposal. We remain optimistic, but only time will tell.

We’re going to be prepared for competition in Massachusetts either way. There will be impact, and we have to be ready. It may change the dynamic of our strategy if we don’t win a license, but either way, we’ll be prepared.

You’ve got some great brands in all your properties. Margaritaville in Connecticut and Atlantic City; Michael Jordan in Connecticut; Bobby Flay and Wolfgang Puck. Are you going to continue this trend?

We’ve partnered with some quality brands. I think there’s a balance between presenting those brands and developing your own concepts. We first determine what our guests and potential customers want, and that will dictate whether we’ll implement a brand.

Any thoughts on marketing with Foxwoods in this region of Connecticut?

This has been done in the past, but there are currently no talks about this. But we’re open to partner with any third party that creates mutual benefits.

Given the coming competition, do you think the New England gaming market is becoming saturated?

It’s hard to say. With the introduction of gaming in Massachusetts, there will continue to be growth, but once that happens, we’ll be closer to that point. There will be opportunity for growth once the economy improves. We probably won’t get back to 2008 levels, but we’ll get close with a better economy.

What does it mean to be the first tribal member to lead this casino?

I’m humble that the tribe and the council have provided me this opportunity. I have skin in the game, and it creates more incentive for me to see us succeed.