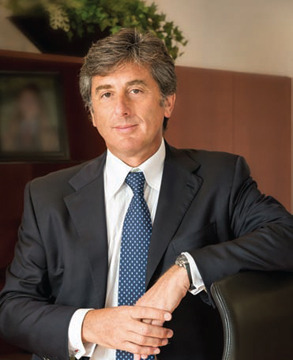 The sale of International Game Technology to GTECH was completed more than six months ago, and the new executives are getting comfortable with the acquisition. Renato Ascoli, formerly a senior executive with GTECH, has been given responsibility over the company’s all-important North American and interactive markets. DoubleDown Casino, one of IGT’s most profitable assets, is also under his oversight. He spoke with GGB Publisher Roger Gros and Editor Frank Legato at G2E in October. In the full podcast of this interview, Ascoli gets into skill games, tournaments and the discussions about slot payback percentages, visit ggbmagazine.com.

GGB: It took a while to put together, but now it looks like the strengths of the combined companies are really coming out. What has been your strategy since the merger?

Renato Ascoli: Yes, it took some time, but the good news is that we were well-organized and prepared since day one. First, we decided to have a single brand and decided that IGT would be the home for all the new products. We organized a single sales force, and it was actually ready to go since June. We wanted a single portfolio of games, so the legacy IGT would know more about the GTECH part, and vice versa. Legacy IGT was strong in VLTs, in distributed markets and of course, in casinos. They’re strong in casino systems, and GTECH was less into that. GTECH had a strong presence in interactive, particularly in the central systems and in the CRM applications. IGT was always strong on content. So, it’s a natural blend.

So what are your plans going forward?

Today, we’re trying to build the new success story for IGT, on some specific pillars. And I always remind my team, the first pillar would be “customers first,” which is not just a motto. It’s a day-by-day attitude. And we think we began doing that with a very important process that legacy IGT had to form a CAB—a customer advisory board. So, we listen closely to our customers. In June, more than 40 customers actually were very clear and open with us indicating what we should or should not do anymore. And I’m so thankful for them.

The second item, I think, is the player’s voice. So, this is probably the area where my team, the legacy GTECH, is probably bringing more knowledge, in terms of operating into a B2C ecosystem. I personally have been managing B2C operations throughout my life, so I did research and testing, and we’re introducing this discipline in the IGT world as well. We would never send out a product to the market without a thorough testing, in field, before doing that. And we’ll definitely make the decision to recall a product from a testing phase in the field, if the product will not perform to a certain level.

What has been the reaction from your customers to these changes at the company?

I like to be conservative. But it would be fair to say that, particularly after the CAB, our customers realize that we are open to listening and suggestions. They were actually suggesting we use the same platform, the same technology. They ask us very vocally to use a station charge for smartphones on the boxes, and we did.

We are not afraid to admit we may make mistakes, because I think we learn from mistakes. So, I’m asking all the team not to be dismissing of this fact, but to go deep into the root cause of that, and try to make some changes.

Tell us about the new technology. Your True 3D has now been applied to Wheel of Fortune, merging popular IGT titles and new technologies.

Wheel of Fortune has been the leader in the market for years, and now it’s on a technology that proved to be successful in the marketplace, True 3D with Sphinx. But even more than that, I think that probably the quintessence of the company coming together is probably the OnPremise solution that we offer. We’re about to introduce it to the market by the end of this year on the MGM platform. So players sitting in a bar or in a restaurant, or anyplace else in any time of the year, can place a bet, or play a casino game on their iPhone.

That solution is bringing together the interactive technology that we are bringing with GTECH, with the mobile technology that we brought with the recently acquired U.K. company Probability Plc., with our sports-betting capabilities, that we developed starting from Italy, combined with the distribution of casino games, and connected to a central system, which is the legacy IGT true capacity. So, doing this is not easy, but it is what we decided to do, just to demonstrate to the market there could be value in bringing this different multi-faceted element of company together.

And this leads right into serving the millennial generation, doesn’t it?

Definitely. Because it’s a way to let them try the opportunity to place a bet on sports, or enjoy a slot machine, in an environment that is more friendly to them. They usually like some features that probably a standard casino player would not like that much. They like leaderboards, for instance. They always want to know where they stand, compared to someone. They want to be, and to appear in the top of a list. They want to be in control of the game. They want to tweak and change the color, the functionality, so we need to provide these kinds of things. And of course, they like the skill component.

So, we need to start from there. Let’s introduce fresh blood into our business.