Paul Steelman, the founder and president of Steelman Partners, talks about the new Resorts World Las Vegas project on the Strip, as well as his design experience in Asia and his hometown of Atlantic City. 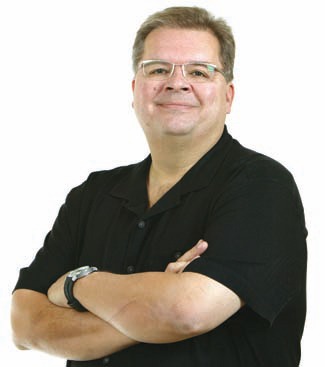 Paul Steelman is one of the most visible architects in the casino industry. He learned under Steve Wynn and has been responsible for many of the most striking building designs in the casino business. His success in Asia paid dividends recently when officials of Genting bhd used his Las Vegas offices to announce the development of Resorts World Las Vegas, which will be built on Boyd Gaming’s site of the former Echelon project. He spoke with GGB Publisher Roger Gros at his offices in Las Vegas in March. To hear a podcast of the full interview, visit www.ggbnews/podcasts.

GGB: Tell us about the new Resorts World Las Vegas that was recently announced at your offices by Genting executives, including Chairman K.T. Lim, and Nevada Governor Brian Sandoval.

Steelman: It’s a very sophisticated design. We’re going to use the footprint that was designed by Bob Boughner and Boyd Gaming more than five years ago to save time, but also wanted to be sure that we can create a competitive product for today’s market. We’re going back to a themed resort, going back to paying homage to the pedestrian and suburban elements of Las Vegas Boulevard, and will be able to create the elements that Genting wanted to include in the property.

The tower is well-designed and curved, as the great towers in Las Vegas are today. There are already 2.2 million square feet under construction, as well as a typical great Las Vegas parking garage. The theater is a beautiful theater designed in the spirit of the great classical theaters, and the convention center is in the right spot. It’s our intention to re-start construction as soon as possible, certainly by the 2014 date set by Genting.

It will include a series of must-see, must-participate-in 500-year-old attractions like the Great Wall of China and the Terra Cotta warriors, in addition to an indoor water park.

You’ve had remarkable success in Asia, starting with the design of Sands Macao as the first Western-style casino to open there. What is it that attracted you to Asia?

Our first Asian projects were for Hyatt back in the early ’90s in Manila. PAGCOR was looking to upgrade their casinos, and we were invited to bid. That was the same trip I went to Macau for the first time. I went to the Lisboa, with the smoke and the crowds, and just said, “Wow!” It was an incredible experience.

I was fortunate enough to be awarded the project to build Sands Macao. The government wanted Las Vegas resorts, so I think that was why I got the job. Still, I wasn’t trying to import Las Vegas at that property. I had significantly studied the gambling and culinary habits of the Asian customers and came up with a different solution. We built it for $181 million from design through construction and opened on Labor Day weekend, less than 600 days start to finish.

Our success in Asia can be credited to three things. We know the market, we understand gambling and we also understand the role architecture plays in the gambling experience. We understand the player and how they want to be treated.

It’s pretty obvious now that every Asian country can have a successful casino industry. Remember, in the U.S. there are something like 9,000 places you can make a bet. In Asia, there are still under 100. And there are a lot more people in Asia than there are in America.

You’ve been working in Vietnam for years, and it’s not just design. You helped educate officials there on what gaming is all about and how it is regulated. Tell us about that process.

We were contacted very early on by a group of Canadian developers, who were interested in buying a very large plot of land in Vietnam. That was nine years ago. We started design and we convinced the Canadian developers that instead of building one very large Singapore-style resort, they may consider four or five smaller resorts that would combine to form a bigger destination resort. It just made it easier, because of the capitalization requirements, etc.

Vietnam is a gorgeous country. It has over 900 miles of shoreline. It has some of the most remarkable ecological architecture. And of course, it’s close to China and Thailand. It’s a vacation mecca and very inexpensive. When I took many people, they all remarked about the beauty.

There are some drawbacks, of course. That 70-mile drive from Ho Chi Minh City to Ho Tram was bad when we first got there, but it’s getting better.

We thought Vietnam has a triple-threat appeal. Vegas excitement, a beach and right next to an amazing jungle where you can have great adventures.

It’s a beautiful building that was built for a very reasonable amount of money. I’m certain it will be a success, particularly with the junket business.

You have been retained by the Meruelo Group to redesign Trump Plaza in Atlantic City, your hometown. Do you think Atlantic City can come back?

The Boardwalk is one of the greatest pedestrian attractions in the world, but people turned their back on it. It got worse as the casinos got richer. But now, Atlantic City has to go back to being the “Queen of the Naughty Resorts,” so to speak. And that’s reflected in the master plan that Jerde did a couple of years ago. And I truly believe that every casino owner, the CRDA and the governor should be focused on completing that master plan. And the biggest point of that plan is to make Atlantic City a “T”—that is, the Boardwalk connecting to the Walk Outlet Mall—and getting that coordinated. Bringing the piers back is important, as well. But I think it can come back if they concentrate on those elements.