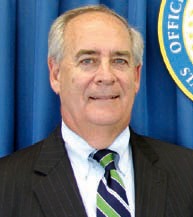 The appointment of David L. Rebuck as director of New Jersey’s Division of Gaming Enforcement was a watershed moment for the regulatory process in the state. The election of Governor Chris Christie has brought massive changes to the Atlantic City casino industry, from regulatory reform that cuts the cost of regulation and allows casinos to operate their businesses with appropriate oversight to the creation of a tourism district controlled by the state, not the city. Rebuck has been charged not only with making it easier and cheaper to do business in New Jersey, but also to maintain the integrity for which New Jersey regulators are justifiably proud. Rebuck spoke with Global Gaming Business Editor Frank Legato in his Atlantic City offices just after being confirmed by the state Senate in January. To hear a podcast of this interview, visit www.ggbnews/podcasts.

GGB: You participated in Governor Christie’s effort to determine how to fix the problems Atlantic City has been enduring over the past four years. What was your role in this process?

Rebuck: When I came over from the attorney general’s office, I was assigned as a senior policy adviser to the governor. One of the areas of my responsibility dealt with the Department of Law and Public Safety. The Division of Gaming Enforcement falls under that department, and reports to the attorney general. So, I was part of the governor’s team that worked with the Hansen commission. I was very fortunate to be a part of a great team. There are a lot of other people on that team that continue to work in the governor’s office, and give me strong support at the DGE.

How did you maintain the integrity of the industry while at the same time reducing red tape and streamlining the regulations?

Integrity remains the No. 1 concern. I’ve said that to the industry; we’re not going to give up on integrity. For 30 years, we’ve had one of the highest levels of performance and oversight, and we’re going to keep that in play. When we look at these issues with the industry, a lot of times it isn’t about integrity. It’s about standards that over a long period of time were adjusted or put into effect, and when you sit down and understand what your goal is, there are better ways of doing things.

What process did you use to review the regulations?

When I came in, they had just started a process, and I was not happy with the process that was put into play. It was, I thought, too bureaucratic. I thought it was too onerous. I had these large-scale meetings and I met with the industry. The first thing I did—I came and I met with every CEO, basically one-on-one. I didn’t bring any staff. I asked them, “What are your needs? How can we get there? This is what we’re trying to do.” And there was uniform agreement with the industry.

So when I came in, I realized that in order to get this regulatory reform effort under way, we needed a different model. And so, we broke up the regs into seven core areas. I assigned staff to lead each area and I then met with the industry and asked them to identify who their team leaders would be. We went through them, case by case, individual by individual. I would get briefings and I would make the final decision if there were questions associated with what direction we were to go.

In most of those meetings, there were very little areas of dispute. In most of what became the final product, there was a sense that you had uniform agreement. And in those areas where there wasn’t uniform agreement, I explained to them why I was not going to support it.

I also have no problem with the industry coming back to us and meeting with us again on areas where we missed something, or we identified something that could be fixed further. This is a fluid process that we’re in here.

The idea from the start was to reduce the cost of regulation. Have you done that?

There are two ways to compute the regulatory savings, and the first way is the easiest. That is when you look at the budget for regulation. And that is the cost of regulation for DGE, the cost of regulation by the Casino Control Commission. When you combine them, that’s our budget, and then when you compare our budget from last year, meaning fiscal year ’11, to this year, fiscal year ’12, I essentially see a cost savings—direct cost savings to the industry of a little more than $10 million.

Those are just direct regulatory savings. There are other savings on the day-to-day operational costs because of these regulatory changes. We do not compute them, but I have had numerous executives tell me that the cost savings have assisted them greatly in moving funds to other areas of significant need, and to helping them compete—not in this jurisdiction, but compete in the regional market that exists.