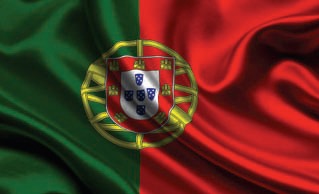 On February 26, the Portuguese Council of Ministers approved legislation to regulate online poker.

“The bill will proceed with the regulation of online gambling in line with the recommendations issued by the European Commission on this matter and the international best practices,” the government said in a press release. Portugal’s former state monopoly was perceived as technically going against the E.U.’s freedom-of-trade rule.

Once signed into law by the president, the regulations will launch a new license-based market similar to those in Spain, Italy and France. Authorities say the first licenses,?which will be renewable and valid for three years,?could be issued during the third quarter of 2015.

The Turismo de Portugal will be in charge of enforcing the regulations through a newly established gambling commission.

Games of luck and chance, gambling games and horse-race betting will be taxed at between 15 percent and 30 percent of gross gaming revenue, based on revenues generated; casino and poker operators will pay 15 percent tax if they generate less than €5 million a year, with a 3 percent increase for every additional €1 million.

Sports betting also will be taxed on a sliding scale, from 8 percent to 16 percent. As for the landscape of the market, there is considerable tax disparity between the types of online gambling.