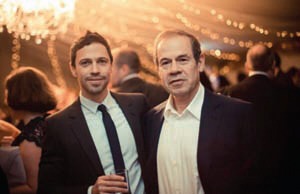 The biggest transaction in the history of iGaming was concluded last month when Canada’s Amaya Gaming Group bought the Rational Group, the parent company of the industry’s leading iPoker site, PokerStars, for .9 billion.

The deal gives Amaya the world’s most successful online poker site, in addition to the intellectual property and software that has made PokerStars such a success. The deal also includes Full Tilt Poker, which Rational bought after the company was forced to close down following the “Black Friday” indictments April 15, 2011 by the U.S. Department of Justice.

As a result of the deal, former Rational Group Chairman Isai Scheinberg, who was indicted on federal crimes related to racketeering and money laundering, and his son, current Chairman Mark Scheinberg, will both step away from PokerStars. This action removes the impediment to PokerStars being licensed in legal U.S. jurisdictions.

While the company will continue to be barred from Nevada because of the “bad actor” clause in its legislation, New Jersey may reconsider licensing the company. The PokerStars application had been suspended by the state’s Division of Gaming Enforcement, which had called for divestiture by Mark Scheinberg and “certain PokerStars executives.”

David Baazov, CEO of Amaya, has been quietly building an industry powerhouse over the past several years, but this acquisition vaults the company to the top shelf of gaming suppliers.

“This is a transformative acquisition for Amaya, strengthening our core B2B operations with a consumer online powerhouse that creates a scalable global platform for growth,” said Baazov.

Sheinberg announced in a private email to company employees that he would be stepping down and his father would be separating himself for all Rational responsibilities.

“I am incredibly proud of the business Isai and I have built over the last 14 years, creating the world’s biggest poker company and a leader in the iGaming space,” Sheinberg said. “Our achievements and this transaction are an affirmation of the hard work, expertise and dedication of our staff, which I am confident will continue to drive the company’s success.”

Amaya already has some software that is currently being used in the legal online gaming jurisdiction of New Jersey. Therefore, the company is licensed there, and officials say the process of introducing PokerStars to the market should be seamless.

The purchase of PokerStars is a big reach for the much-smaller Amaya. The company is being extended a $2.1 billion credit line, as well as a senior secured second-lien term loan fully underwritten by Amaya advisers Deutsche Bank, Barclays and Macquarie Capital. Although the deal saddles Amaya with a substantial debt load, company officials aren’t worried about repayment.

The deal includes several live poker tours operated by Rational, including the European Poker Tour, PokerStars Caribbean Adventure, Latin American Poker Tour and the Asia Pacific Poker Tour, along with branded poker rooms at casinos such as the Hippodrome in London and Casino Barcelona in Spain.