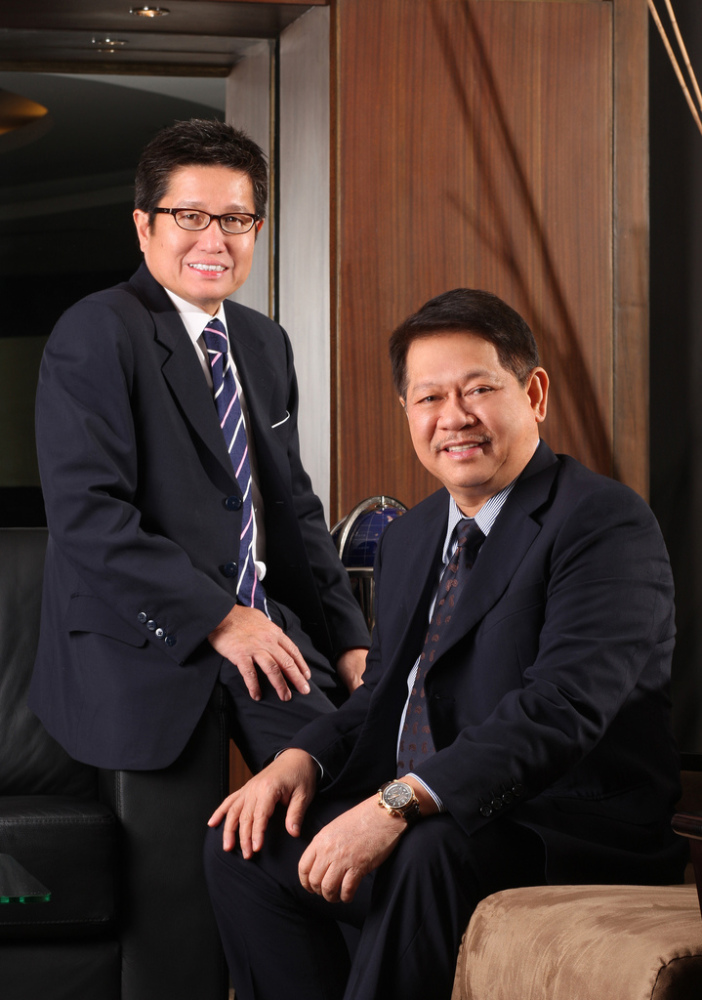 Even though Entertainment City was conceived and planned long before the two integrated resorts in Singapore, the Manila project is still just a concept when the Singapore developments are opening this year.

Complicating the means of development for the Philippine Amusement and Gaming Corporation (PAGCOR), which is directing the project, has been the worldwide recession and the investment necessary to fulfill the agency’s requirements of four resorts with an investment of at least $1 billion each. The players that have already committed have been known for several years: the Japanese games manufacturer Aruze, led by mogul Kazua Okada, a major partner in Wynn Resorts; a coalition led by Malaysia’s Genting Berhad, its division Star Cruises and Alliance Global; and local company SM Investments Corp., owner of the nearby Mall of Asia. Others have expressed interest in the fourth site, including Crown Casinos, MGM Mirage and Harrah’s Entertainment, but the depressed economy and uncertain future have delayed any final decisions.

Still, PAGCOR is confident the project will be completed, according to Chairman Efraim C. Genuino.

“Our project will rely on the concept of a consortium between international industry players, to come up with premier entertainment that would appeal to everyone,” he says. “After all, the world is a global village and the more options for travelers, the better for the competition to improve its standards.”

The project is largely designed to increase tourism to the Philippines, says Genuino.

“This will be the country’s biggest tourism development project ever, the biggest job-generating project of the government, and the biggest dollar investment of the country,” Genuino said. “We are all set to make this dream a reality because we know that the Philippines has so much potential to spring into a world-class destination.”

Genting Guidance
Any uncertainty about the metro Manila market seems to have been swept away by the success of Resorts World Manila, a Genting project that opened in the third quarter of 2009 adjacent to Manila’s Ninoy Aquino International Airport Terminal 3. It’s part of a larger development called Newport City, which includes housing, hotels, entertainment and a casino. The popularity of Resorts World Manila is a testament to the strength of the market and the curiosity about new and modern gaming facilities.

Rafael “Butch” Francisco, PAGCOR’s president, says the casino has reached out successfully beyond the locals market as well.

“Resorts World Manila has opened up new local and international markets,” says Francisco. “Its January 2010 revenues in tables and slots breached PHP 1 billion (over US$21 million), which is equivalent to combined revenues of two or three PAGCOR casinos in Manila. This only validates the tremendous potential both in the mass-market segment among locals and local VIPs and outside the Philippines. So this is good for future casinos that will open in the Manila Bay area.”

With the first phase of Resorts World Manila now operating, Francisco says the second phase is now under construction.

“Both parties are looking at about 18 to 24 months to complete a partial opening of the second phase after 2010,” he says.

Dock of the Bay
Entertainment City is located on 120 hectares of reclaimed land bordering Manila Bay. The project will attract cruise ships in the Pacific waters by including not only gaming, but shopping, theme parks, outdoor activities and other amenities.

According to Francisco, “Preparations are under way for the Manila Bay project’s start of road construction in 2011.”

Hopes that Entertainment City would make an initial debut in 2010 were dashed by the economy and the weather.

“The global downturn and the destruction caused by two disastrous tropical storms in Manila caused long delays in the land development,” said Francisco.

He also erased speculation that this year’s presidential election would be trouble for the project.

“In fact, it’s had a positive effect as none of the candidates running for president have objected to its development,” Francisco said. “In addition, they have supported the franchise renewal of PAGCOR in Congress for another 25 years so that it can proceed with the Entertainment City.”

Other businesses have also backed the project. Samie Lim, president of the Philippine Chamber of Commerce and Industry, said it’s good for the business sector.

“PAGCOR will be a winner and will make so much from the project; it’s good for the country and the economic value that it will bring in,” said Lim. “Investing in tourism will have a strong multiplier effect.”

And the government remains optimistic about the potential for Entertainment City.

“We have set a target of 5 million tourist arrivals by 2010, and with projects like Entertainment City, this figure should be attainable,” said Ace Durano, the Philippines’ secretary of tourism.

While some have doubted the regulatory structure in the Philippines, because PAGCOR has both the operating and regulatory agency under its umbrella, Francisco says that concern has eased.

“In 2009, we were able to put to a test PAGCOR’s regulatory role,” he says. “So far, so good as the opening of the Resorts World casino has been a success from a regulatory aspect, as well.”

PAGCOR Progress
Aside from the Entertainment City project, Francisco says PAGCOR continues to make advances in areas that make it easy and secure for the public to enjoy gaming. That includes online gaming, where PAGCOR was one of the innovators.

“PAGCOR introduced online gaming in 1999,” he says. “We had Sage Corporation as partner back then. Today, we have Philweb Corporation, as our principal technology enabler. Philweb’s hefty rise to become the largest listed Philippine online technology company came mainly due to its success in setting up more than 170 PAGCOR e-Games cafes (PEGS) throughout the country for PAGCOR. A total of 50 were opened in 2009.”

While revenue isn’t a major factor at this point, Francisco predicts it will increase.

“While income for PAGCOR from internet gambling is still far behind income generated from our land-based casinos, we can expect revenues to increase at an average rate of 30 percent each year for the next three years,” he says.

Another area that is rapidly improving, according to Francisco, is the player tracking and players’ club area.

“PAGCOR introduced the PAGCOR Privilege Card for players and guests, entitling them exclusive privileges with our partner establishments,” he says. “It’s a loyalty card for frequent visitors to our casinos. An upgraded edition will be launched by the second half of 2010 with emphasis to extend the enjoyment of the card for tourists or foreign visitors.”

So with Entertainment City as well as increased participation from businesses in the gambling sector that partner with PAGCOR, Francisco sees a bright future for the company as well as the Philippines overall.