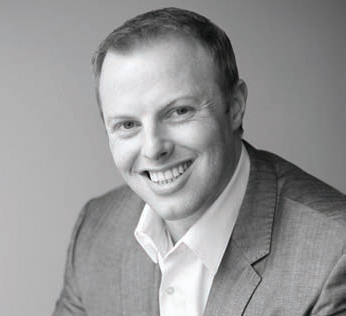 “I’ve always had an interest in getting into the interactive side of the industry,” says Shanahan, who was senior manager of marketing communications at WMS when the company was forming what would become Williams Interactive early in 2012.

Shanahan had worked on the World Series of Poker for Harrah’s Entertainment in the mid-2000s. “I saw the explosive growth coming from online gaming back then, and how it could positively impact the land-based casinos,” he says. When Bob Hays, one of the founding executives for Williams Interactive, moved from WMS into his role of vice president and managing director, U.S. & emerging markets for Williams Interactive, one of his main tasks for 2013 was to build a marketing organization. Shanahan, who had risen rapidly through the marketing ranks in his five years at WMS, came to mind immediately to head marketing for the new WMS subsidiary.

“He said, ‘Come and join me on this adventure in taking over the world of online gaming,’” Shanahan recalls. “I was sold immediately.”

Williams Interactive’s mission is “an extension of what WMS has done for decades in land-based casinos,” Shanahan says. “The mission is to take advantage of emerging digital distribution channels, while really staying true to what makes WMS such a success—dedication to delivering a really compelling gaming experience.”

That means not only expanding distribution of top WMS land-based titles to existing for-wager internet casinos, but using the unique aspects of WMS slot games to expand the iGaming world into the U.S. This effort can be supported through social and free-play sites developed for existing land-based casinos, which empower casinos by building engaged online player communities of their own that they could leverage if iGaming becomes legal in their jurisdictions.

For live real-money sites in Europe and elsewhere, including emerging markets like New Jersey, Williams Interactive has developed its Remote Game Server, which already delivers a library of favorite WMS games like The Wizard of Oz, Super Jackpot Party and KISS: Shout It Out Loud! to over a dozen leading iGaming operators in Europe.

Meanwhile, the other B2B business Williams Interactive has refined is the development of free-play sites for U.S. casinos. The Play4Fun Network creates a white-label free-play social casino platform for land-based operators where iGaming is not currently legal. It is currently live on the website of the Snoqualmie Casino in Washington, and on the sites of Affinity Gaming’s A-Play Club, in operation for players at 12 casinos across four states.

“We’re leveraging our success in social and mobile gaming to empower land-based casinos that don’t have online wagering capabilities,” says Shanahan, “to really begin building an online, engaged player community they can use to the benefit of their physical, offline operation.”

It’s all part of what has been a remarkably quick ramp-up for Williams Interactive in its first 18 months of existence, which was accelerated by acquisitions of leading iGaming operator and supplier Jadestone Group, as well as social, casual and mobile gaming company Phantom EFX. The new company, which became a subsidiary of the global lottery and gaming company Scientific Games following the October 2013 acquisition of WMS by Scientific Games, is ready to move iGaming into the future.

Shanahan says one immediate benefit of the Scientific Games merger was the addition of its Barcrest game themes, including some of the most popular titles in the U.K., to the Williams Interactive content library.

For 2014, Shanahan says one big opportunity for growth of iGaming is the introduction of content that features more of the attractions found in land-based casinos. “In the real-money wagering space online, there is an opportunity to introduce much more sophisticated and compelling gaming experiences,” he says.

Shanahan—who has been one of the industry’s most energetic promoters of iGaming—says it all boils down to giving players the opportunity to access the same games they find in casinos, no matter where they are, and in the internet and mobile formats that are expected from younger gamers, who comprise the market of the future.

Says Shanahan, “We want to make our great library of authentic Vegas-style games available to current and new players, wherever and however they prefer to play.”