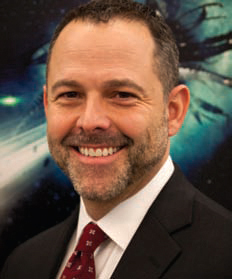 Slot machine manufacturers have invested millions in research and development of new games. When the companies could convert those games into expensive slot machines, the business model for that kind of investment made sense.

But when online gaming started operating, the money spent to develop new games has been questioned, because online casinos aren’t interested in the expensive cabinets, just the games themselves.

That’s where Marcus Yoder comes in.

As executive director of sales and business development of the Americas for IGT Interactive, Yoder is responsible for marketing games that often got their start inside the impressive cabinets designed by the parent company, IGT. But what Yoder has discovered is that the games themselves are often what the player enjoys. The cabinets are just the package.

Yoder believes that the popularity of the games within the casinos will translate to them being popular online.

“These are the exact same games as you see in the casinos,” he says. “They play the same way, they behave the same way and they pay out the same way. Now an online operator can choose a different pay table if desired, but so can a casino operator.”

To cement that relationship, IGT is going to do rollouts of new games both in the land-based casino and the online casino.

“For example, we’ll launch our ‘Ghostbusters’ game in New Jersey within the next month, and we’ll do that both online and in Atlantic City,” he explains. “It will be a complete marketing campaign.”

Yoder is based in IGT Interactive’s San Francisco headquarters, where the company employs teams of game developers to design games primarily for the online gamblers, but also for the machines that go into real-life casinos.

“But all of our game studios report to the same manager, Darrell Rodriguez,” he says. “This way, we’re all on one team and all working together. So we can all work towards games that work on the internet, land-based casinos or both.”

“All functions of the company are more integrated these days,” he says. “Engineering, product assurance and other departments are all integrated, so other than the physical separation, we’re one company.”

“In the Interactive Division, sometimes we don’t know all the titles,” he laughs. “But if someone asks for a game in the IGT library, we’ll get it ready and put it in the pipeline.”

IGT launched 19 titles in New Jersey in late November, with another 20 to soon follow. They offer the games to the online operators, and then take a share of the revenues whenever people play their games. Of the original 19 games, four were popular IGT video poker titles that have been proven successes over the years on the company’s Game King platform.

“They’re just single-hand games to start,” says Yoder, “but Triple Play and the additional multiple-hand games are coming too.”

Like Apple’s iTunes, IGT has opened up its pipeline to independent developers, and has developed a relationship with Action Gaming, the world’s leading developer of multi-hand video poker titles.

The conversion of a land-based title into an internet game is rather simple, says Yoder. The math models and options are all the same.

“Sometimes the art or design has to be altered slightly, so we just load the game into one of our slot machines in the San Francisco office and the artists will play the game to become familiar with it,” he says. “That allows them to translate that game to a similar type experience online.”

“We’re going to have a hybrid market in the U.S.,” he says. “Some games will become popular online and move to land-based casinos, and then there will be cases where it’s the complete opposite. It’s a very exciting time to be in this business.”