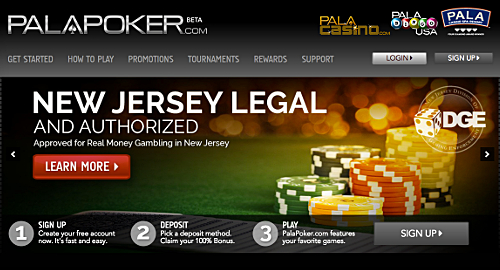 Pala first launched in New Jersey in 2014, and added a bingo site last year. The poker site is offered through its partnership with Atlantic City’s Borgata casino. All online sites in New Jersey must be partnered with an Atlantic City casino. The site is currently in beta testing.

However, Pala will not be sharing players with Borgatapoker.com or the casino’s other partner, PartyPoker.

The company had originally planned to launch a poker site in 2015, but instead waited, and now says it has spent three years “building a new poker platform.”

In 2015, Pala CEO Jim Ryan said that launching a New Jersey site would be partially an attempt to develop a system ahead of online poker being approved in its home state of California. That state has still not moved to legalize online poker, but the company decided to launch in New Jersey anyway.