Harrah's in talks to run a casino resort in Manila 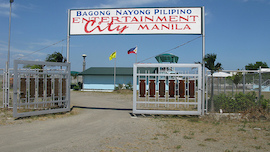 Powerful Philippine businessman Ramon S. Ang, who is vice chairman of the San Miguel Corp., has made an unofficial offer to buy the casinos controlled by the Philippine Amusement and Gaming Corp. (PAGCOR) for billion. The offer follows a suggestion in July by the country’s new president, Benigno Aquino III, that he would consider privatizing the organization.

According to the Philippine Daily Inquirer, Ang said the offer is just a preliminary, but he would put an official offer on the table once the government makes the solicitation.

Aquino didn’t dismiss the offer out of hand.

“It is a proposal, it is a very interesting proposal,” he said. “But at the same time we have to study the matter first. We have to ensure that if we intend to sell something, it is at the best price we can get.”

Union Gaming Group of Las Vegas estimated that PAGCOR could be worth at least $1.5 billion more than Ang’s current informal offer.

PAGCOR operates 41 casinos and reported a net income of $640 million in 2008, the last year data is available. The agency dedicates 50 percent of its revenue to social causes in the Philippines, which should create a wide range of opposition to Aquino’s proposed privatization.

Meanwhile, Aquino has suspended issuing of any new casino franchises, and said he may halt all development of new PAGCOR gaming as he decides on his course of action. Senator Franklin Drilon agreed that he should consider this.

“As a matter of policy, the president can say henceforth, PAGCOR will no longer operate casinos,” he said. “That’s feasible but it should be bid out. The actual operations of the casino should be bid out because that will promote transparency.”

Should the casinos be privatized, however, officials say the government will retain regulatory control over them.

“PAGCOR’s regulatory function will have to remain with government and be separated from its commercial operations, which can be privatized,” said Finance Secretary Cesar Purisima.

In a recent development with PAGCOR’s Entertainment City, Harrah’s Entertainment is poised to launch its first Asian operation if the reports are correct that the company is in “the advanced negotiation level” with the developers of the casino resort, Belle Corp. and Leisure & Resorts World Corp., which own Premium Leisure and Amusement Inc., the company building the property.

According to LRWC’s majority owner and former president, Alfredo “Albee” Benitez, Harrah’s has the edge over two competitors because of the strength of its brands. Benitez says the company’s Planet Hollywood brand would be used for the casino resort. The first phase, estimated to cost $300 million, would be a 100,000-square-foot casino, with 1,500 slot machines and 250 table games, surrounded by 100 VIP suites to accommodate players.
A second phase includes two 500-room hotel towers. PLAI has committed to spending $1 billion over
25 years on the project. The first phase is expected to be completed in the third quarter of 2011.