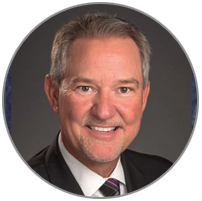 The Covid-19 lockdown of casino operations began in mid-March and spread around the world, crippling operators, causing millions of dollars in losses, resulting in much lower tax revenues, and causing layoffs by the thousands.

What’s not so apparent is how the shutdown impacted gaming suppliers. Of course, when casinos close, they don’t buy any equipment. Making matters worse, some of the deals that suppliers have with operators include revenue-sharing from leased or purchased games, both slots and tables.

Since 2008, Marcus Prater has been executive director of the Association of Gaming Equipment Manufacturers (AGEM), and prior to that, worked for several gaming suppliers. Prater has grown AGEM to a record number of members, more than 180 as of July 2020. AGEM works to further the interests of gaming equipment suppliers throughout the world. Through political action, regulatory influence, trade show partnerships, educational alliances, information dissemination and good corporate citizenship, AGEM members work together to create benefits for every company within the organization.

How have AGEM members been affected by the Covid-19 pandemic?

In short, gaming suppliers have never experienced this kind of negative impact to their businesses, especially with such shocking suddenness. The recession in the 2007-2009 window was very painful as well, in terms of casinos halting purchases. But this went to a new level of pain. Casinos were forced to close and essentially all spending was halted, at least temporarily. Here we are now, in the final days of August. Thankfully, most casinos have reopened and some of the numbers are surprisingly positive. But we still have a big hole to dig out of.

How has AGEM responded to the pandemic?

As an organization, AGEM’s ability to stop the business pain has been limited, but our fiscal year began April 1, right when the pandemic was on the rise. At the urging of the AGEM officers, we suspended the collection of all membership dues for our 180-plus members as a goodwill gesture, despite its impact on the financial health of our organization.

We were also active in those early days to make sure members had the proper resources and information to apply for assistance through the Paycheck Protection Program and the CARES Act, so they could try and retain as many employees as possible.

AGEM has been a generous contributor to many educational efforts, responsible gaming programs and charitable events over the years. What’s happened to those contributions?

It’s correct that we’ve given many millions of dollars over the years to worthy causes, and we’re no longer in a financial position to be as generous as in the past. To those entities that we promised money to, they have been paid in full. For others, we’ve cut all donations by at least 75 percent so AGEM can weather the storm along with our members.

We’re hoping for better days for all when our new fiscal year begins in 2021.

Unfortunately, there have been lots of layoffs and furloughs of employees at many AGEM member companies, particularly in Nevada. You’ve participated in efforts to find new jobs for those workers. Will those efforts continue?

We’re doing the best we can, but that hasn’t stopped thousands of our industry friends from being impacted by furloughs and layoffs. I’ve been very vocal in asking our members to work with their respective human resources departments to share information from sites such as Nevada- WorksTogether.com, which was created in part to give those in the gaming manufacturing sector updates, job postings and general information from other industries in Nevada that are still healthy and hiring.

Another site is TheManufacturingInstitute.org from the National Association of Manufacturers, of which AGEM is a member.

With the major trade shows being canceled or postponed, how will AGEM members approach exhibiting at these events in the future?

That’s the great unknown. It’s obvious the old model of spending millions and millions of dollars for a three-day event is over for now. The shows probably needed a general right-sizing anyway, but no one wanted to see what’s happening to all of the events and the industry overall.

For AGEM itself, we receive the bulk of our funding from an annual G2E royalty payment, so the cancellation of this year’s show has added to our already poor financial position brought on by the suspension of member dues.

Some opportunities came along with the upheaval. How innovative have AGEM members been in efforts to lessen the impact of the pandemic?

I do think the suppliers have done a good job scouring every regulated gaming market in the world for opportunities, and some do indeed exist. We’re happy with growth in the online space, and we think that will continues as different markets debate the future. Our members provide the operating system engines and the game content as well.

Lottery operations have adapted fairly well. And a move toward cashless gaming was needed even before the pandemic. Our member companies have responded with innovative options, and AGEM as an organization has been involved in pushing for regulatory relief related to that in different markets. Overall regulatory reform and modernization will continue to be one of our priorities.

AGEM has been active in tracking regulations in Mexico, Michigan and elsewhere. Explain how the association participates in this process.

AGEM doesn’t have a big staff, but we use a vast network of contacts in regulated markets throughout the world to stay informed of key issues that impact all gaming suppliers. Once we identify an opportunity for AGEM to get involved and make a difference on a particular issue, then we work a strategy that usually involves interacting with the regulator directly, or through some sort of public comment process, to ensure our concerns are addressed. We’re also good at rallying support from industry partners for a more united voice overall.

Along with the AGA, AGEM has participated in a campaign to rid states of illegal gaming devices. How’s that been going?

Yes, we launched the campaign in February to put a spotlight on the scourge of unregulated machines spreading in different states, and that continues today. We were disappointed when the Virginia legislature banned unregulated machines, only to have the governor reverse course in a pandemic-related money grab for the state. We’re on the lookout for other states to use the pandemic as an excuse to let unregulated gaming in. States such as Pennsylvania, Missouri and Wyoming continue to debate the future of “gray gaming,” but there’s no debate from our side that if you want into the gaming business at any level, then you need to be regulated and licensed accordingly.

Even though G2E has been canceled for this year, AGEM is still moving forward with its Jens Halle and Peter Mead awards, honoring innovators in the field of suppliers and communicators. Can you update us on this, and how the awards will be announced and presented?

Yes indeed, we’re working through the process and will have two esteemed honorees to announce in October. We’re not sure at this point what that will look like, but we’ll do our best to honor the winners in a manner worthy of the memorial awards, their namesakes and all the past winners.